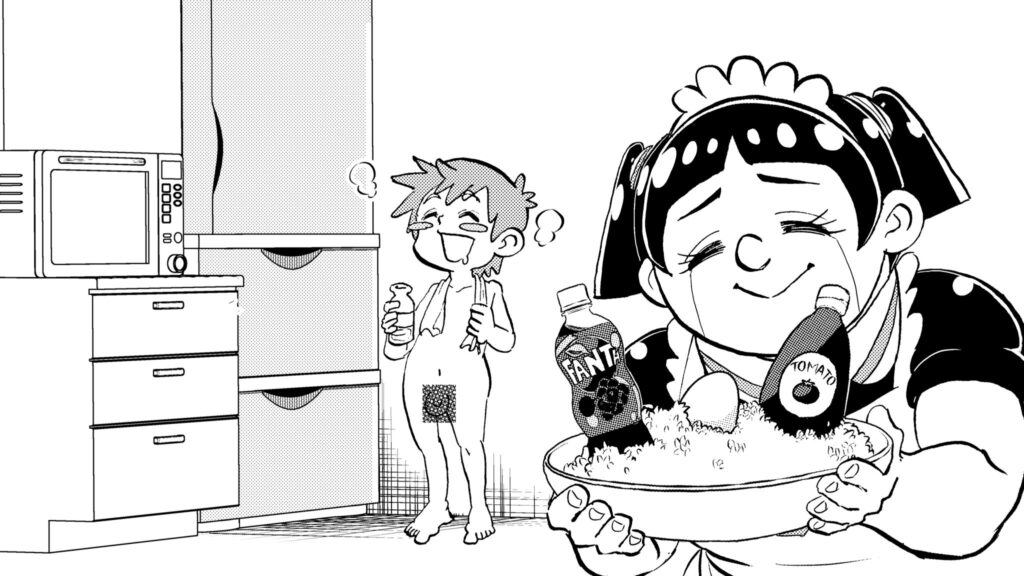 Chapter 22 of Me & Roboco (which was released over a week ago at this point) sees the titular character of Roboco reveal that she is ‘constantly on Twitter’ and help her master, Bondo Taira, set up his own account and check in on his friends. What’s so great about this chapter, aside from the gags, is that these Twitter accounts actually exist: not just Roboco’s, but also several of the others.

Out of these, only two don’t actually exist: @motsuo_kaneo has been taken by an English-speaking user (so clearly not Shueisha or series author Shuhei Miyazaki) and @madoka_chuwaaan, which is themed after the character but does not appear in the same way that it does in the chapter. Why this is important will become clearer later on.

For now, it is worth noting that Roboco’s actual Twitter isn’t located @roboco_hizanappa, but @roboco_hizanapa (missing one of the Ps). In a reply to another Twitter user, ‘Roboco’ explains that she ‘ran out of letters’ and presumably had to omit one of the Ps as a result. This means that the version that appears in the chapter and the one that actually exists are slightly different.

Even so, that doesn’t actually matter that much, because so many of the account’s other features mimic that of the manga. Take her most popular tweet, for example: in the chapter, she says that this is a picture of her and Bondo just after he gets out of the bath. That’s actually the case on the real Twitter account. You can even find her interacting with real users along the lines of the chapter when posts a picture of her knee.

The same goes for the Bondo account and the Gachi account: it makes sense that Bondo hasn’t really posted much given that he doesn’t know how to use Twitter, and Gachi really does follow a bunch of NGOs like it says in the chapter (along with about 800 others). He even tweets ‘Ook’ every now and again. The Madoka account, meanwhile, doesn’t feature any of the posts mentioned in the chapter, which makes me think that it isn’t legitimate.

Such guerilla mixed-media marketing drew considerable attention for Carole & Tuesday, so here’s hoping that Me & Roboco gets some more exposure from it. It may even help to boost its already promising first volume sales.

You can read Me & Roboco via VIZ Media’s Shonen Jump.