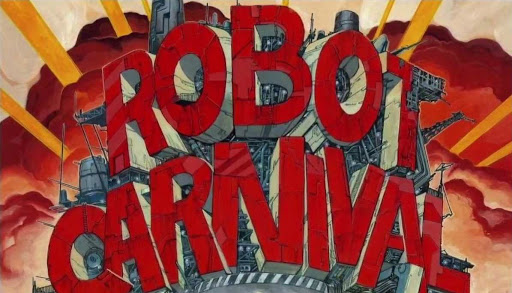 The nine short films all have to do with the theme of “robots”, and the animators were allowed to do whatever they wanted for their stories as long as they fit the theme.

It’s disappointing that anthology films rarely do well in theaters. The series was a complete box office bomb in Japan. It was released in North American cinemas in 1990 to a similar result. However, the film was a common rerun on sci-fi cable channels during the ’90s where it got a huge following.

Despite its cult status, it’s rather easy to watch this film. It’s available on Tubi, Crunchyroll, and Amazon Prime.

Overall Impressions of the Films

This film is the opening sequence where a child finds an ad for a Robot Carnival. The child proceeds to tell the village, and the Robot Carnival passes through the town. The carnival is a very old machine that houses the entire show, but the carnival still does its best to give a proper show.

The opening sequence shows that robots are amazing, but without the proper care, robots will wreak havoc. It sets up the overall tone of the rest of the films.

It’s easy to see the parallels between Frankenstein and this film. A scientist is trying to bring his robot to life the same way Frankenstein did his monster. When he succeeds, he begins leaping with joy. The robot mimics his actions to the point, and it leads to the creator’s doom.

It’s a simple story, but it leaves an impression. This film relies on the sound effects of the laboratory to set up the overall tone of the film. It is weird to see the scientist to laugh maniacally without a voiceover, but it makes you appreciate the animation.

This film starts off with a group of robot aliens that invade Earth.

They find a human girl with a robot, and they take the girl away; she only leaves a locket that the robot keeps. The robot then upgrades himself to have a human shell and infiltrates the robot alien base. In a terminator-esque fight scene, the android saves the girl, and they disappear together.

This film is more of a shout out at the Terminator franchise with the android on robot fights. It also highlights what makes 80’s anime so memorable with the fight scene, music score, and animation. 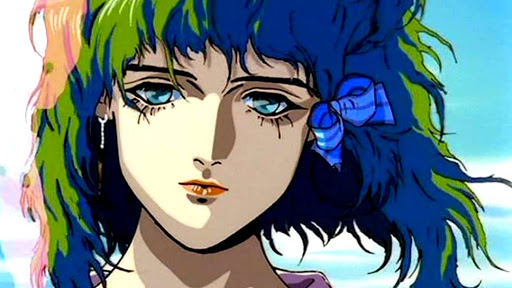 This film is one of the more plot-heavy shorts.

The film follows a lonely man who builds a gynoid to keep him company. However, he becomes afraid when she expresses her love for him and leaves her in his lab. Years later, the robot appears to him and takes him with her to the afterlife.

This story comments on the guilt people have when they push away people who love them. Even though this man created the gynoid to fill the void in his life, he pushed her away. It eats away at him to the point where he only achieves happiness in death with her at his side which shows what regret does to humans.

This short begins with two friends, a blond girl, and a brunette, having fun at Disneyland. The girls run past a robot mascot and the brunette loses her locket with the picture of her boyfriend in it. The girls find out that they unknowingly have the same boyfriend.

Heartbroken, the brunette goes on a VR ride that transports her to another world that reflects emotions. The world is first fun and happy, but once the robot mascot gives her the locket back, the world reflects her pain and spawns a giant menacing robot. They defeat the robot, and they begin to date.

This short is pretty straight forward, but what makes it captivating is the film’s use of color and music. The bright colors in the film reflect the happiness of the film, but when there is conflict, the characters are monochrome. The music also does an amazing job to match with the colors and sets the tone.

This short also has references to Gundam due to Kitazume’s work on the series. 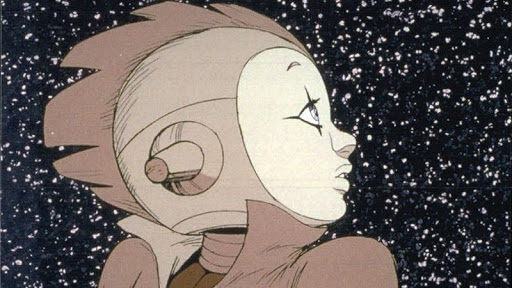 This short film is one of the more abstract films. It follows a little robot boy who walks for eons, marking the passage of time and the evolution of the universe. The clouds behind the robot mark the different points in the universe’s history.

An angelic figure watches over the boy throughout the film and eventually makes him human.

At a glance, it is a very simple film. However, once you begin to notice what goes on with the clouds, the story becomes apparent. The film talks about the burdens of immortality and the folly of man through the journey.

This film was renamed “Tale of Two Robots: Ch. 3” for the U.S release.

The film begins with a foreign threat in a robot invading a town saying that they are under his control. Some local kids immediately get into their robot and challenge the opposing robot. The team proceeds to defeat the threat, but the threat keeps going because he believes he is superior.

When he is beaten, he vows to return with more weapons, but he does not learn a thing. The town is left in shambles, and the people must rebuild it.

This is a reflection of eastern and western relations in the ’80s. The western aggressor comes into the eastern land claiming they are a genius and more superior due to their advanced technology. The individualistic western world is defeated by the collective eastern world, but the western world does not stop until it has what it wants.

The film also shows the aftermath of these unnecessary battles. In the end, the only people who are hurt by these superpowers are the people. This is reflective of our world as well.

This film was renamed “Nightmare” in the English release.

The film begins with a pied piper-esque character, Red Neck, waking up the robots inside many electronics throughout the town. The robots begin parading around town, celebrating, and having fun.  A sleeping man, Chicken Man, awakes and sees this happening.

Red Neck panics and tries to get Chicken Man out of the robot celebration. This leads to Chicken Man panicking and escaping from Red Neck throughout the night. The film ends in the morning, where Chicken Man finds himself on top of a skyscraper with the robots back in their original forms protruding out of the skyscraper.

To people watching it now, it can resemble Toy Story in the sense that the toys live their own lives while the humans are away. However, it is actually based off of the Japanese idiom Hyakki Yagyō (Night Parade of One Hundred Demons). This is a tale in which yokai come to life at night and have parties before disappearing in the morning.

Years later, a man finds a remnant of the carnival and brings it home to his family. The remnant ends up exploding, killing the family.

I did enjoy some films more than others, but everyone will have a different opinion based on their own taste. Regardless, all nine short films are captivating and beautiful in terms of story and animation. I highly recommend this anthology for anyone who is interested in sci-fi, animation, and creative storytelling.

New AKIRA Minifigures Coming to a Capsule Machine Near You