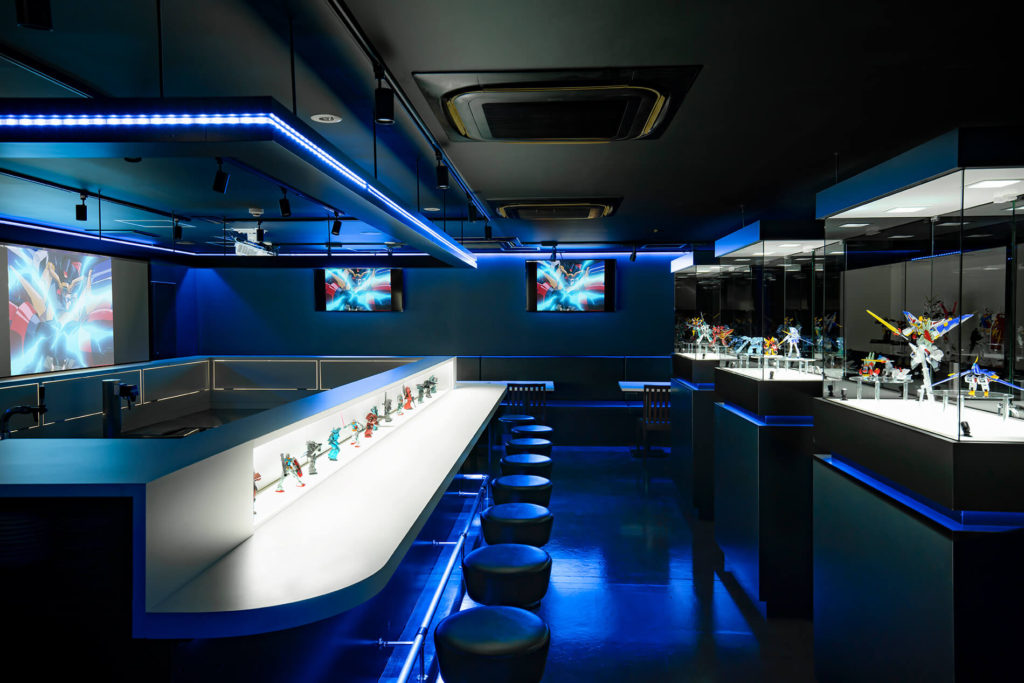 I wrote just the other day about a recently-opened bar in Tokyo that utilized the power of AI to recommend you the ideal sake for your taste palate, chiming in that I’d definitely be adding it to my must-visit spots in the near future. But it turns out that my alcohol-fueled adventures don’t end there, with Bandai Spirits’ collaborative bar with Yoronotaki, Robot Kichi, opening back up following a series of renovations and remodeling.

I’d be lying if I said that I knew Robot Kichi existed before today, but now that I do know, I’m sweating at the idea of going there. For those unknowing of why this bar has me so excited, what we’re talking about here is a bar operated in direct cooperation with Bandai Spirits — the very same company behind Gunpla, as well as many of Bandai’s other plastic model kits. What this, in turn, brings to the table — quite literally — is an entire showcasing of the history of plastic models all around you as you wine and dine.

Because this is an official Bandai Spirits bar, you’re going to be seeing some of the most iconic moments from giant robot history plastered on screens all over the walls. Not just that either, but each plastic model that lines the bar come complete with a QR code that’ll direct you straight to a clip showcasing the scene that the display aims to recreate. It’s a seriously sweet setup that I’m beyond excited to check out for myself, especially now that I know it exists.

In traditional bar style, most food on the menu comes in at a rather cheap price, averaging around the 400 – 600 yen mark. It’s reported that this aims to captivate customers into returning more than just once, and if it’s as good as it looks in The Japan Times’ footage above, it might just work.

Open once more in the streets of Ikebukuro, those interested in checking out the recently remodeled Robot Kichi can head over to the bar’s official website.