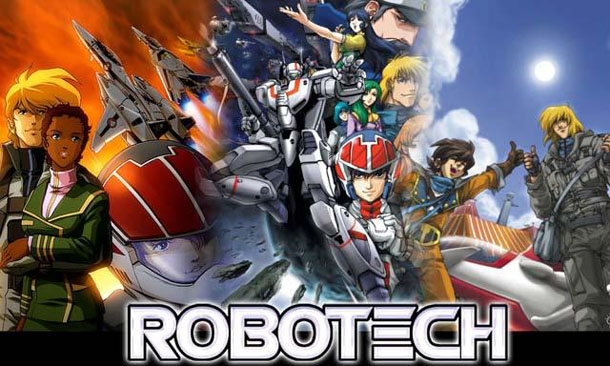 If you are a child of the 80s, there’s a very good chance you grew up watching Robotech. You may have been fascinated with the story of Rick Hunter, the Zentraedi, and the transforming mecha used in the intergalactic wars. The story of the Robotech show is a sprawling epic, but if you just watched it as a child you may not be aware of its origins as a TV show.

You may have also heard of the Macross series, or Super Dimension Fortress Macross, or even Genesis Climber MOSPEADA and noticed their uncanny resemblance to the animation and characters in Robotech.

That’s because those two shows, along with Super Dimension Cavalry Southern Cross, were re-cut, re-edited, and combined to form the entire Robotech show. The reasoning for mashing together three different unrelated anime series lies simply in syndication laws at the time.

Now that Harmony Gold and Bigwest are planning to globally release 40 years’ worth of Macross anime, known worldwide for its mix of mecha and music, it’s the best time to know more about Robotech.

Initially, American producers were only interested in Macross, which on its own had a somewhat troubled production start. It was originally created by Studio Nue, but was sponsored by an ad agency known as Bigwest after the original sponsor, the Wiz Corporation, went out of business. Bigwest wanted to cut down the series budget because they didn’t think it would be profitable, but even with the cuts, they still had to reach out to Tatsunoko Production for extra funds, and as part of that deal, Tatsunoko acquired the distribution rights. Tatsunoko would also eventually enlist animation studios AnimeFriend and Star Pro to assist Studio Nue with animation. These studios were largely supplied by Tatsunoko, and to this day fans blame them specifically for any animated aberrations that show up in the series.

When Macross did well in Japan, the international broadcast rights for the original series were purchased by production company Harmony Gold USA from Tatsunoko, with the intent to distribute the series via home video. When those sales did well, Harmony Gold considered releasing the series through syndication broadcast, but they ran into an issue.

The minimum number of episodes needed for syndication was 65, but Macross only had 36. Carl Macek, a producer working for Harmony Gold, then acquired the rights to Super Dimension Cavalry Southern Cross and Genesis Climber MOSPEADA from Tatsunoko, and the company began the process of editing, translating, and adding continuity for the three shows to be broadcast as Robotech.

The show was partially funded by a toy company called Revell, mainly because they had the rights to sell toy kits based on the vehicles in Macross, along with several other anime shows. In fact, this line of toys was already known as Robotech Defenders a few years before Harmony Gold looked to purchase the rights to Macross. There was even a short-lived comic book series about the action figures written by DC Comics. Because Harmony Gold wouldn’t be able to merchandise the show without them, they entered into a co-licensing agreement and Revell insisted on broadcasting the resulting Franken-series as Robotech.

If you’ve been reading this and thought ‘Well, this is confusing, I bet this led to an equally confusing legal battle’, you’d be right! 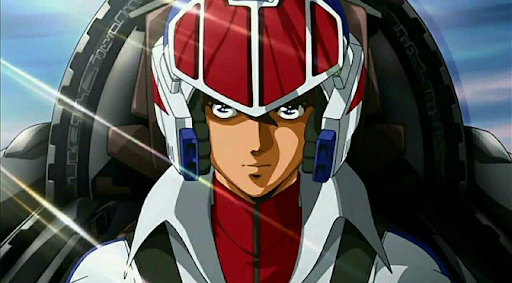 The Robotech series is split into three different sagas: The Macross Saga, The Robotech Masters, and The New Generation. The Macross saga opens as the world is in the midst of what is known as The Global War.

In the futuristic year of 1999, a massive alien spaceship crashes on a small South Pacific island known as Macross. As the world’s nations agree to a cease-fire until the alien threat is better understood, the island is put under the jurisdiction of the United Nations. Further investigation of the ship reveals that it was certainly designed by an alien race much more advanced than humanity, and much taller.

The technology found within the ship greatly boosted humanity’s scientific abilities and led to a variety of advancements such as transforming vehicles and hyperspace capabilities. Eventually, a city sprang up around the ship, known as SDF-1, as workers emigrated to the island to help repair the ship. On the day it was to take off, aliens known as the Zentraedi appeared in lunar orbit, causing the ship’s main guns to go off automatically.

In the ensuing battle, the SDF-1 attempts to make a hyperspace jump to the moon, but instead ends up near Pluto. What follows is an attempt to return home to Earth while repelling the Zentraedi.

The events of the Macross saga last from 1999 to 2014 (in-universe), with the Robotech Masters saga picking up in 2015. This follows the crew as they search for the homeworld of the Robotech Masters, the race that, as one could guess, originally mastered the use of Robotechnology.

The Robotech Masters used the Zentraedi to get back the SDF-1, but after the failure resulted in the destruction of the SDF-1, as well as a recently constructed SDF-2, they’re looking to excavate the remains while searching for the source of a powerful energy known as ‘protoculture’. This, as one can imagine, does not go well.

At the end of the Robotech Masters Saga, the major protoculture source on Earth was destroyed, covering the planet in spores of a plant known as The Flower of Life. The Flower of Life, when cultivated, produces protoculture, and flourished in the ruins of the SDF-1. While this seems like a simple pyrrhic victory for the Earth, the spores attracted another alien race known as the Invid.

The Invid feed upon the Flower of Life, and were alerted to its presence on Earth during the Masters saga. At the beginning of the New Generation saga, the Invid arrive and quickly subjugate the inhabitants of the beleaguered Earth.

Eventually, the heroes of the Macross Saga return, having been away on an expedition to the home of the Robotech Masters for the entirety of the Masters saga. The remaining forces form a resistance force to take back the Earth. 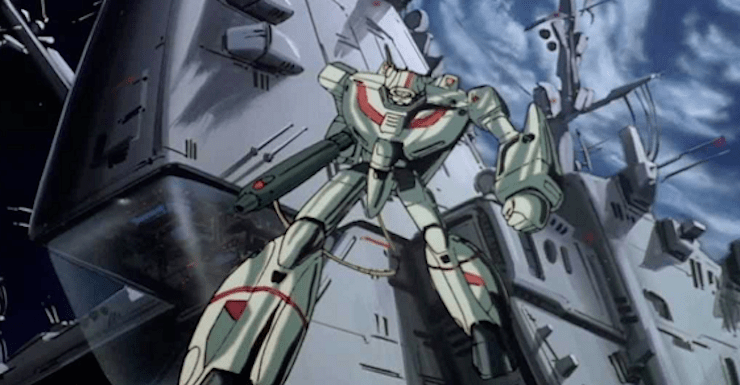 How to Continue the Robotech Story?

There have been several attempts to continue the story of Robotech, but with marginally few successes. In 1986, Robotech: The Movie was released. The film, also known as Robotech: The Untold Story, takes place during the Robotech Masters saga and follows a small group of soldiers as they uncover a conspiracy regarding military leadership.

The film did not do well in America, as it was supposed to be marketed towards children, but contained very adult themes. There were additional attempts to make sequels to the series, including Robotech 2: The Sentinels and Robotech: The Shadow Chronicles. Sentinels was originally supposed to be a 65-episode series, but only the pilot movie was released, which consisted of the first three episodes.

Shadow Chronicles takes place where the Robotech TV series left off but wasn’t quite received with the fanfare it hoped for. However, the fanfare it DID receive prompted a few networks to express interest in broadcasting a Robotech show, provided that it could be marketed to children. This prompted Carl Macek to begin work on Robotech Academy, and submitted a pilot in 2008.

This show would’ve focused on a group of cadets who become stranded near the home planet of the Robotech Masters, near the end of the Second Robotech War, before the Masters had fallen. It looked to bridge gaps between the sagas, and explain away inconsistencies. Unfortunately, Carl Macek died in 2010, leaving the project in limbo.

In 2014, a Kickstarter for the show was unveiled at that year’s Anime Expo. Harmony Gold was looking to raise $500,000 to produce the show, but it unfortunately faltered at 39% of its goal, leaving it once again in limbo. However, it’s also been reported at Long Beach Comic Con that there are networks looking to produce the series. 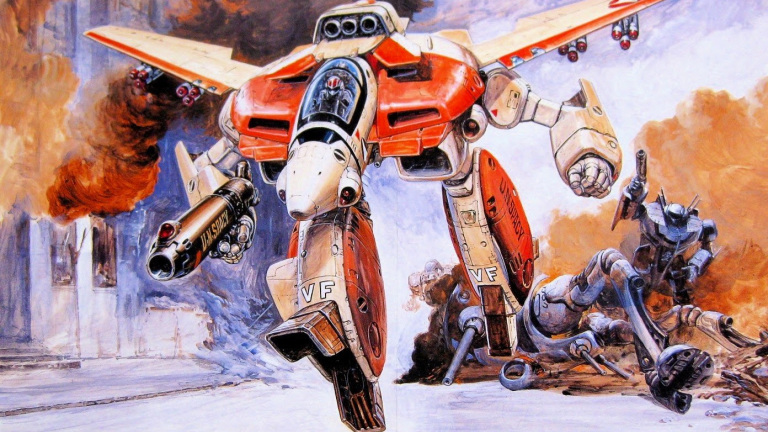 Robotech does live on in several other forms of media. While a live-action Hollywood feature has been in the works since the mid-2000s, Harmony Gold has released comics, board games, tabletop RPGs, and even a few video games based on the show. Robotech is also streaming in various platforms.

One game, Robotech: Battlecry, takes place during the Macross saga, as a recently recruited fighter pilot tries to defend the planet from Zentraedi forces that were living among Earth society but now wage war under a Zentraedi warlord.

Also, as one might expect, fans can still purchase tons of different toys and models of various mechs, planes, ships, and even characters from the Robotech series.

The story of Robotech’s production is interesting, in the sense of the anime’s journey to the West, and the prevailing attitudes of animation production companies at the time. During the 80s it was more or less accepted that if a show was animated, it was aimed at children and the toys they could sell to them.

Robotech wasn’t based on a successful manga or light novel, it was a combination of three different series almost for the express purpose of selling toys and making money off of syndication. Despite its roots in financial interests, the show still has devotees watching and re-watching old episodes, buying comics, and putting together models to this day.