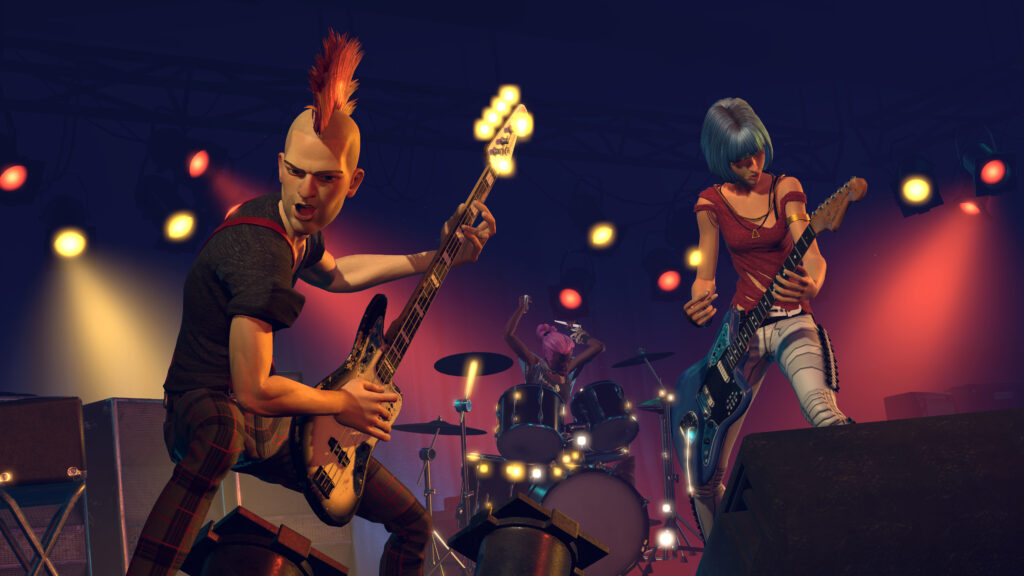 Rockudrama is an all new campaign mode and the world’s first playable music documentary. Featuring a mix of live-action video, in-engine footage and classic Rock Band gameplay, Rockudrama dynamically tells the story of your band’s epic, and often hilarious, rise to fame. As players progress through their band’s memorable and winding road to glory, they will be introduced to a series of new venues and character assets that will be unlocked for play across all of Rock Band 4’s gameplay modes.

For players interested in pre-ordering Rock Band Rivals, Harmonix and PDP have prepared a compelling suite of pre-order rewards, starting with a ten-song bonus DLC pack that will be delivered for free at launch. Pre-order bonus songs* include: