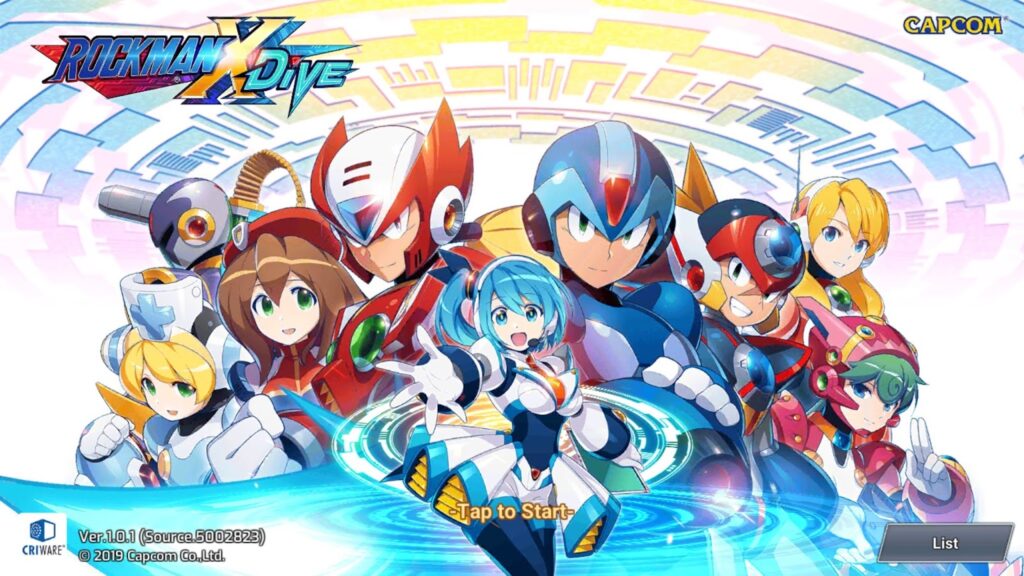 In a move that caught me by surprise earlier in the year, Capcom Taiwan announced a new ROCKMAN game for mobile devices. The game was titled ROCKMAN X DIVE and was released in Asia countries (Taiwan, Hong Kong, Macau, Singapore, Malaysia, Philippines, Indonesia, Thailand, & Cambodia) on March 24, 2020. At the time of release, no release outside of the above-listed territories was announced and remained that way for the next 6 months. Then in August of 2020, Capcom Japan announced that ROCKMAN X DIVE would be getting a release in Japan in the Fall with a North American release planned as well.

ROCKMAN X DIVE is the newest title in the ROCKMAN X series and sees X and his comrades attempt to take down the evil Sigma once again. But this time, there are a bunch of new mechanics at play and somethings that I don’t really like after spending some time with the game now that it’s released today in Japan. For starters, one thing that I really like is the fact that it’s very much like an RPG. You can get weapon upgrades that do different attacks, different damage, and overall change the load-out power of X and his partners throughout the game. Second, there are raids that you can do to earn more powerful equipment which will be coming at a later date. The levels are also throwbacks to the original ROCKMAN X series that have been completely redone in 3D and optimized for a mobile device. The downside to the game is that it seems that it will be a gacha-hell, just like many of the popular games that have come out in the last few years. You can obtain new characters, new weapons, and new armor through the gacha. Personally, I would have rather paid a price for the game to experience a full game rather than having to pump money into the game to get the best equipment. I don’t see me playing the game long for this reason alone.

Capcom has yet to announce a North American release date for ROCKMAN X DIVE but they have confirmed that it is coming. If you have a Japanese App Store log in or a Japanese Google Play Store login, you can download the game currently. If you’re looking to play the game in English, you can also download the APK for Android directly from the Taiwanese ROCKMAX X DIVE homepage.