Summon Night: The Labyrinth of Quests of this Role Playing Game 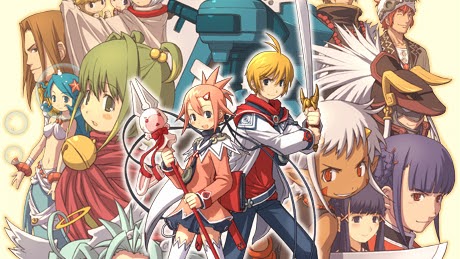 Summon Night had its first release in 2000, and there were five additional releases over the next 16 years. The format is similar to that of a visual novel like sims game. In addition to the main 6 releases, there are also 7 spin off releases for PlayStation, PlayStation 2, PlayStation 4, PlayStation Portable, PlayStation Vita, Game Boy Advance and Nintendo DS video game consoles.

The Medieval World of Summon Night

All of the games take place in Lyndbaum, which has a very similar feel to medieval Europe with the added element of some modern buildings, factories and railroads, which creates a steampunk like setting. However, this world is also surrounded by four other worlds. Loreilal is the home of all mechanical creatures; Silturn, the land of yokai; Sapureth is where angels and demons reside; and Maetropa,where half-humans, magical beasts, fairies and other mythical creatures stand. But there are many other worlds besides these five, including earth, the ‘real world’ where a handful of characters from the first game are actually transported from. As the game develops and progresses, we pay witness to the fact that these worlds are permeable; however, there is a boundary that requires an innate summoning technique that not all possess. 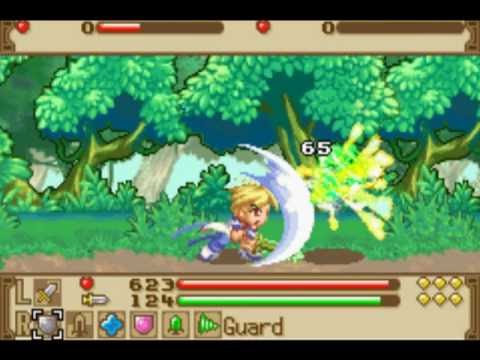 Released for the PlayStation/remade for Nintendo DS.

The first initial release in 2000 gained a lot of popularity, although never officially released in North America. The storyline follows a Japanese highschooler who is suddenly all at once somehow summoned to Lyndbaum and the player gets to engage with them and help through a series of conflicts and battles between gangs, classes, factions and worlds. The main player is able to utilize different summoning techniques to overcome obstacles in order to get back to their homeland.

As you play, there are no generic characters to create and you are limited to the ones you already have, but more allies will join your party during the story. Your turns are divided into ‘Players’ and ‘Enemies’. Basically, you can attack with all your characters in the same turn, but so can the enemy after.

Released for the PlayStation/remade for Nintendo DS.

In the second release, the player is an orphan from Colthearts clan and raised by a craftknight. The player can either play as Edgar Colthearts or Aera Colthearts, where they discover a ruin site that holds a summon beast. They must summon their own beast and adventure to re-seal the ruins to protect their people. The battles are 2-D and take place on a side scrolling plane and players are usually equipped with three weapons.

Released for the PlayStation 2/Remake for the PSP was released in 4 October 2012.

This third release follows Rexx and the female protagonist Aty through their battles and adventures in Lyndbaum.

Released for the PlayStation 2/Remake for the PSP was released on 15 November 2012.

Here the protagonist is a teenager living as an Innkeeper in Traiul, a town in the Empire. In a meteor shower, an egg with a baby dragon lands next to the main player. This dragon turns out to be the reincarnation of the dragon god, the protector of all summon beasts. So it is up to the player to protect this baby dragon throughout the battles ahead.

Released for the PSP.

This game takes place 200-300 years after Summon Night 3 in a parallel dimension. The player can choose from two characters in this adventure: Folth, the male character, who has a ‘gun-arm’ that shoots out ‘energy-hands’, or Arca, the female character, who uses a polearm as a weapon. This version also has players battling and moving towards conquering opponents.

With the same role playing game set up, this final version also includes minigames within it. The main game takes place in the world Fillujah, where everyone has their own flying creature companion. But the storyline involves meeting up with Summon Night characters from all of the games as they continue to fight and battle for good.

This magical medieval adventure is a splendor of imaginative worlds, creature and exciting fun gaming experience to play and be a part of a vortex of worlds. The development from 2000 has showcased the gaming series’s ability to adapt, grow and preserve the original core story while cultivating new narrative interest, technology and fresh gaming experiences across many different gaming platforms.