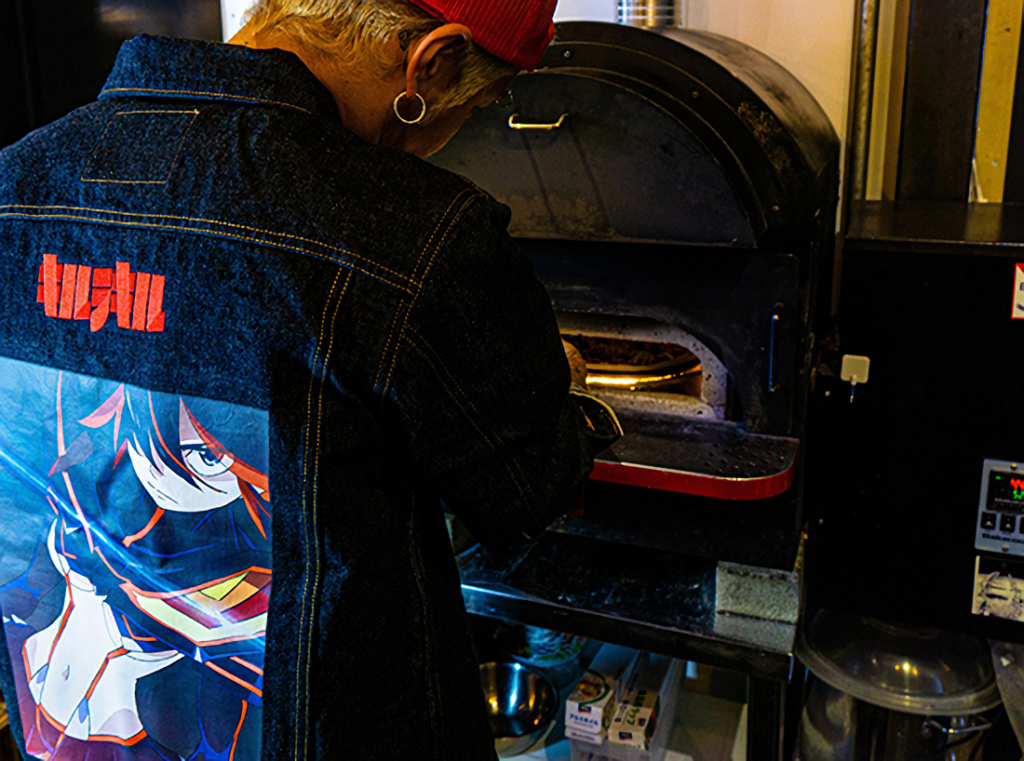 Kill la Kill was a series that made massive waves in the anime industry when it debuted back in 2013, so it’s not all that surprising to see it enduring so many years later. Between the story, the character designs, and the Studio TRIGGER magic imbued in it, there’s so much that has made it a classic, and Tokyo based brand ROLLING CRADLE is utilizing those strengths in a new capsule collection based on the series.

If you’re not familiar with ROLLING CRADLE, they’re a brand that’s been around for over a decade now who focuses on creating everyday wear that combines music, pop, and street culture into their designs. On top of having 3 shops located in Japan and regular new clothing drops, they also operate 3 Kitchen & Bar locations, called HAHAHA, around Tokyo which are fantastic spots to unwind with friends and grab some tasty grub. As you can imagine, having been in the game as long as they have been, they’re no strangers to collaborations and have dropped some seriously well-designed collections featuring the likes of Evangelion and GeGeGe no Kitarou among many others in the past.

This new collection featuring imagery from the Kill la Kill anime is a perfect example of ROLLING CRADLE’s design sensibilities, and how they craft items that can easily be incorporated in everyday outfits. The core of the collection shines in the 3 different graphic tees that are available, priced at ¥6,500 +tax, each in different colors and with a different print style. While each of them is strong in itself, the large Ryuko print on the black tee stands out as my favorite.

The most impressive piece in my opinion is the denim jacket with an embroidered Kill la Kill logo and a full back print of Ryuko in her Kamui armor, ready for battle. It’s also the highest priced item in the capsule at ¥23,800 + tax, but it’s such a show stopper that the cost is definitely justified. 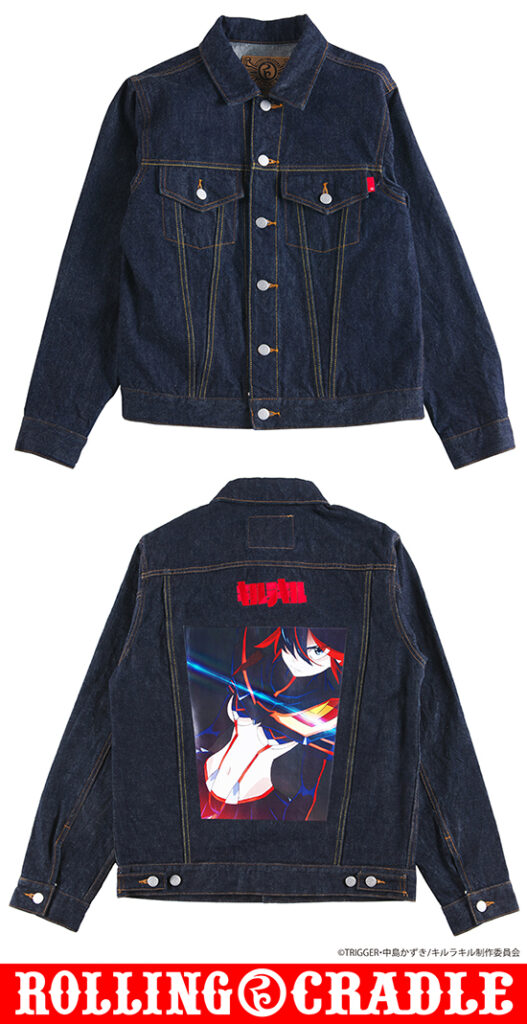 Although none of the items in this collection are made with life fibers, they’re still powerful additions to anyone’s wardrobe. The ROLLING CRADLE Kill la Kill collection drops on October 30th in-store and online, no word yet if they’ll be available on their international webshop yet, but they do have a really good track record of making their items available for sale overseas so keep an eye out just in case!