ROLLING CRADLE x EVANGELION 1.0 Collaborative Shirt Line Does A Lot With A Little 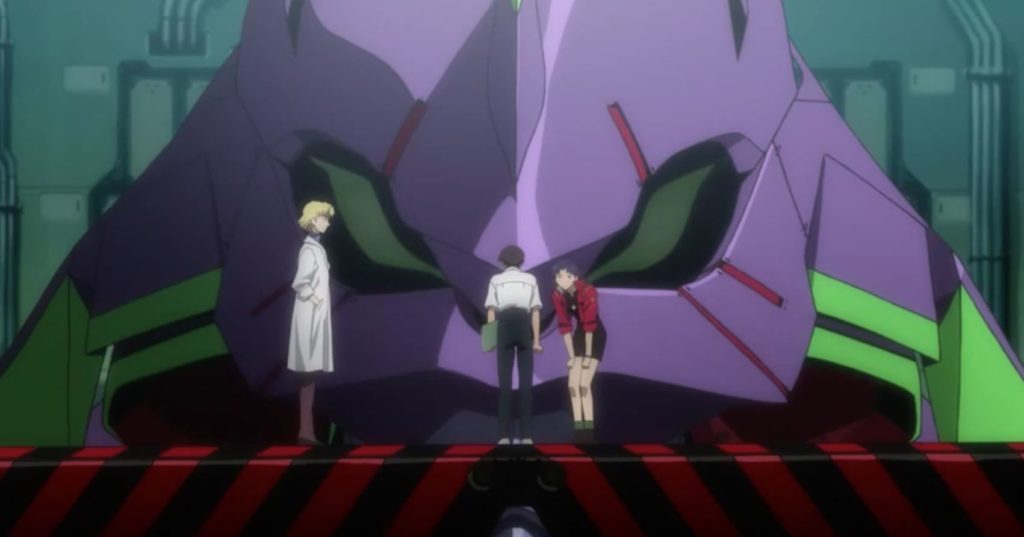 ROLLING CRADLE are a Japanese indie fashion brand that’s been putting their pop touch to fabric for 20 years now. They’ve dabbled in doing some anime inspired street fashion previously with some Dragon Ball and Dr. Slump pieces that are definitely worth looking up. Dragon Ball Z has become pretty intertwined with street fashion in the last few years but I’ve never seen anyone use the movie exclusive character ‘Metal Cooler’ in their designs much less make them work. Now, ROLLING CRADLE has got the license for, specifically, Evangelion 1.0 the first rebuild movie and they’ve used it to put out a line of minimal but distinct shirts. 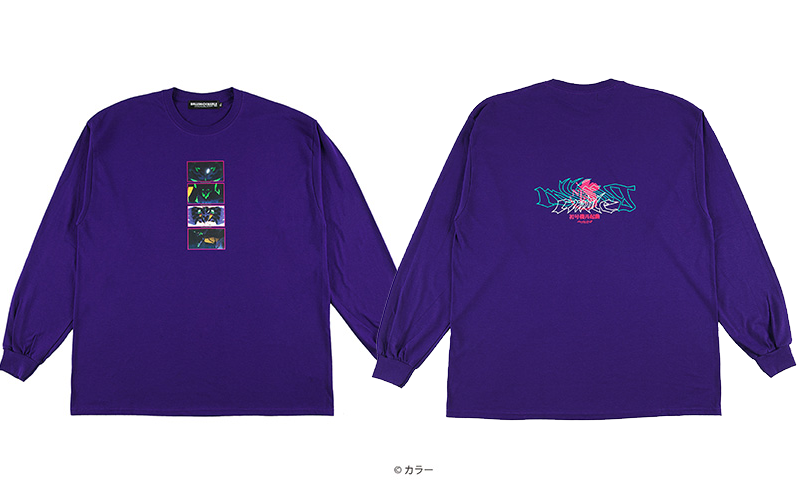 There are four different designs in the ROLLING CRADLE x Evangelion 1.0 crossover and each comes in two colors. Two long sleeves, and two regular tees. The t-shirts and the above long sleeve have images on each side; One side has a still, or stills, from Evangelion 1.0,and the other has this very cool distorted ROLLING CRADLE logo superimposed over the Nerv logo. In truth, this combined logo is my favorite part of this collaboration. That’s probably why this Kaworu shirt below is my favorite of the bunch because it has that double-symbol printed three times on its back. 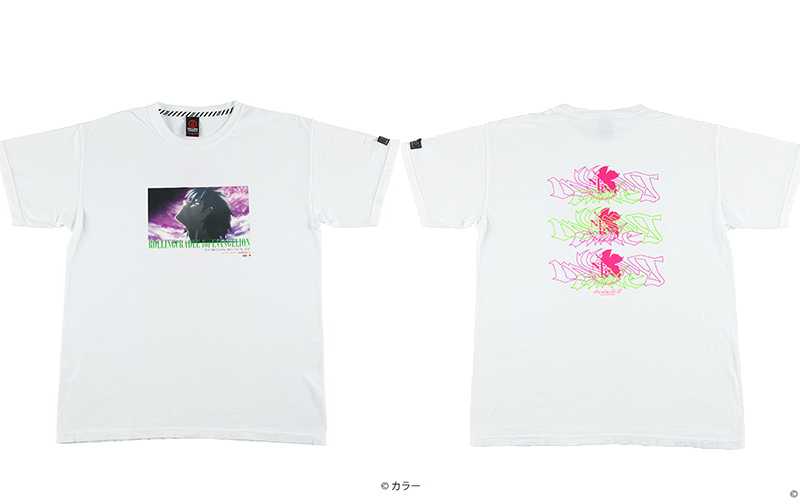 I wonder, and hope, that ROLLING CRADLE will be able to continue this line and make shirts with Evangelion 2.0, Evangelion 3.0, and maybe after it comes out some based on the upcoming Evangelion 3.0 + 1.0. As of now, we’re unsure if they have the license for the other films or if this is a one off collaboration. The T-shirts retail at 5000 yen and the long sleeves are slightly pricier at 7800 yen. We know this isn’t the first nor will it be the last designer take on Evangelion but something really does make this set pop. 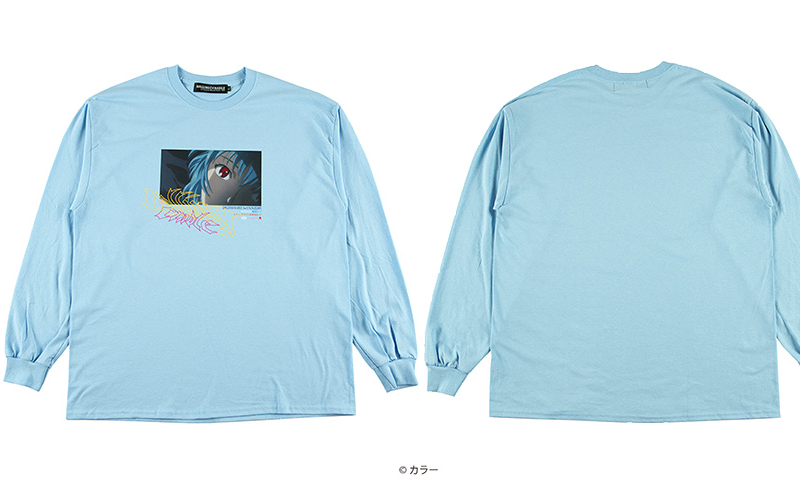 You can check out the full collection with each color variant here.