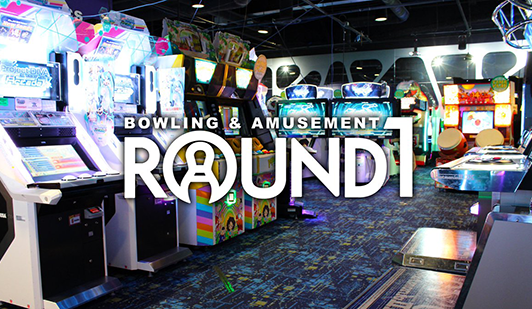 As usual, ROUND 1 Japan has posted their Japanese Investor Relations Report & Briefing Slides for the end of this period (FY2020) online, and there are a few changes to note.

While ROUND 1 USA has typically added upcoming locations to their official shop listing page, nothing was added yet this year. However, some locations on that page are now absent from the IR Report, while other were removed from both.

Here’s our updated chart. The Shop # is just an estimated schedule for opening dates, but we’ve seen these change plenty before. Also, the “SP” indicates whether a store will have their Spocha “Sports Challenge” amusement attractions available:

As seen above, two new locations were added to the IR list, which means they have a leasing agreement signed: Parkway Plaza opens an hour south of the Temecula location, while North Star Mall completes the Southwestern part of the Texas Triangle.

The Freehold and Northwoods Mall locations have been removed from the IR report. This hopefully just means that they are re-negotiating the lease. In Freehold’s case, the city planners voted unanimously to block the application from ROUND 1. Whether that is due to “bribes from iPlay America” or legitimate reasons is unknown. But now that Nordstrom is slated to close, the mall will be that much more in-need of a new anchor tenant, so hopefully this gets revisited. Northwoods had been previously approved and announced as opening in 2020, but it’s not yet listed on their website, or in the Leasing/Site Plans. We’ve reached out to mall owners for comment.

Northwoods is still listed on the US site, along with Antelope Valley Mall, Montclair Place, and Danbury Fair Mall. Both Coral Square and Ridge Hill have been removed from the US site, and have yet to appear on any IR documents.

It’s important to note, now more than ever, that plans may change, especially during “Coronarecession” or whatever the upcoming economic issues may be called. ROUND 1 notes this in clear writing this time around:

Looking on the positive side, ROUND 1 is a large company that should be able to train staff and instruct customers on how to enjoy the entertainment experience safely. They’ve noted that they are already preparing stores for reopening with various things being done to combat the virus, like more cleaning, wearing masks, etc.

As previously announced, ROUND 1 is also planning on opening the above-mentioned location in Russia, and is actively looking into other Asian markets.

Finally, a previous press release from ROUND 1 USA also announced that they will be further expanding within America in the form of a partnership with Midas Entertainment. This appears to be based on a much smaller-format location, such as a game corner inside a supermarket or other shopping mall, as well as game rentals, and possibly parties, etc.

So how about you? Looking forward to one of these locations? Still waiting for another location closer to you? Let us know!

~Thank you for playing~

Round1
Join Our Discussions on Discord
Join Now

Round1 Expanding Their SPO-CHA Locations to America and Beyond

e-amusement How to: Charging PASELI and Basic Course Subscription