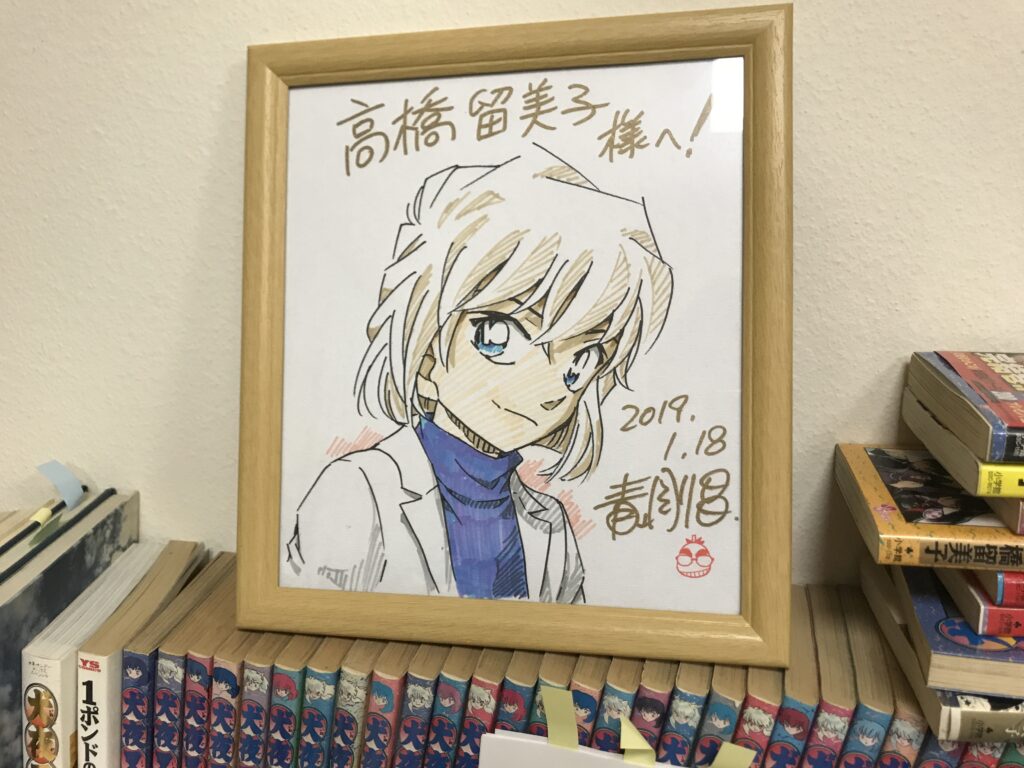 A tour of Rumiko Takahashi’s house on Twitter has revealed several impressive features, including some incredibly rare merchandise made for the master of manga herself.

Ever since it was opened by staff members back in June, Rumiko Takahashi’s official Twitter account has been an absolute goldmine of information. Already, we got an insight into her unusual production schedule, but now we can also see just how decked out her place of abode is in cool stuff.

First of all, what greets you when you first enter Rumiko Takahashi’s house is this giant, life-sized figure of Lum from Urusei Yatsura. In fact, it might be even bigger, judging from how it looms over the stairs, but no matter. Almost immediately, it provides an indication of whose house you are entering and what you can expect going further in.

Next up, there is this special, limited-edition figure of Inuyasha from, well, Inuyasha. It’s not as big as the previous Lum figure, but does merit attention in the sense that there is only one of these in the world. Apparently, it was created to commemorate when the Inuyasha manga originally ended, all the way back in 2008.

It’s not entirely clear from the tweet where that previous Inuyasha figure is located in Rumiko Takahashi’s house, but we do know that the Medal with Purple Ribbon is displayed in her living room. Awarded to Takahashi by the Japanese government last year, it recognizes her contribution to the arts in the form of manga over the years. That’s certainly one way to show off to your guests, although it’s far from the only high-profile award that she’s received!

The last two items in Rumiko Takahashi’s house that have currently been shared on Twitter are a signed illustration of Ai Habara from Detective Conan by Gosho Aoyama and the author’s work desk. While the former speaks to the solidarity that the two no doubt feel as long-time authors in Weekly Shonen Sunday, the latter provides some indication of how Takahashi actually became one of the richest women in Japan: damn hard work.