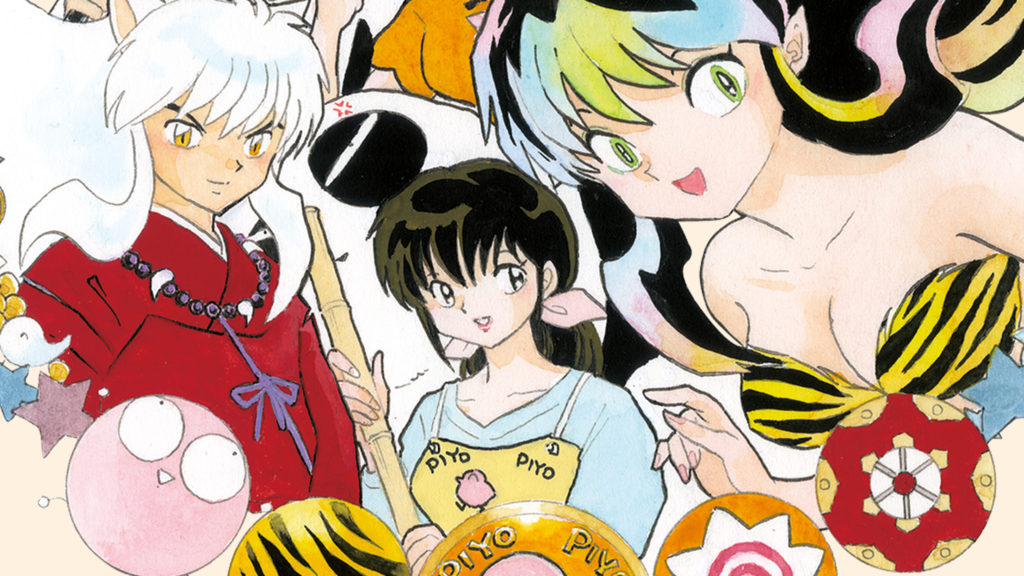 Without a doubt, manga artist Rumiko Takahashi is a living legend. No doubt she’s created at least one of your favorite anime or manga over the years. She’s taken break after ending her most recently title Rinne in December 2017 with 40 volumes but she’ll be back in Weekly Shonen Sunday next month! The May 8 issue of the magazine will debut Rumiko Takahashi’s MAO. The story will feature a ‘strange romance’ between a boy and a girl who meet in a place where two different worlds come together. 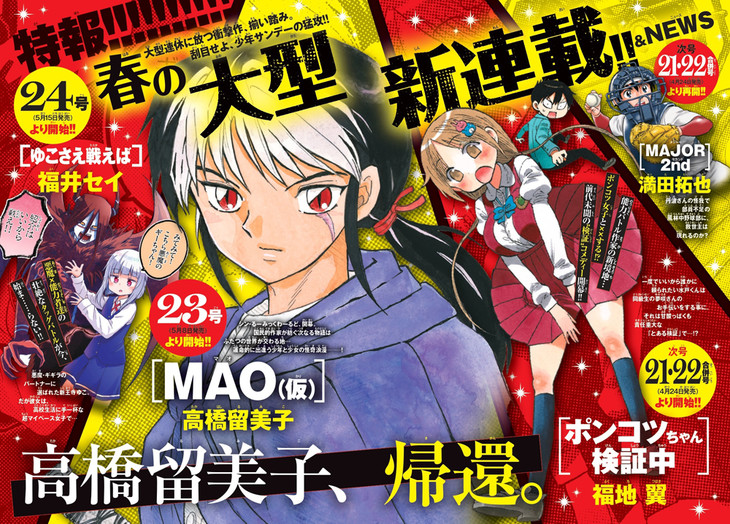 Writing weekly manga in Weekly Shonen Sunday since 1978, she’s created not one but four of the most iconic series of all time. Her debut work Urusei Yatsura lives on in the form of new merch being released all the time and is currently enjoying an English omnibus rerelease from Viz Media. Many critics and manga veterans, myself included, regard Maison Ikkoku as her greatest work. The boarding house shonen romance stands the test of time. The gender bending Ranma ½ was one of the earliest anime to become popular in the west back in the 90s. Finally, everyone who came up in the Toonami generation remembers Inuyasha. Sit, boy.

There aren’t many manga artists alive or dead as prolific as Rumiko Takahashi. Creating weekly manga with only relatively short breaks from 1978 until now is no small feat. Her major works total up to around 190 volumes and the announcement of a new weekly title very well may mean she’ll break 200 with MAO. Almost exclusively published in Weekly Shonen Sunday, she’s a face of one of the only magazines that rivals Shonen Jump. While I’m not the biggest Inuyasha fan, I love Maison Ikkoku and Ranma ½ to itty bitty pieces. Seeing her still in the game at 61 years old is not only inspiring but genuinely exciting.

Rumiko Takahashi’s MAO will be released in the May 8 issue of Weekly Shonen Sunday!