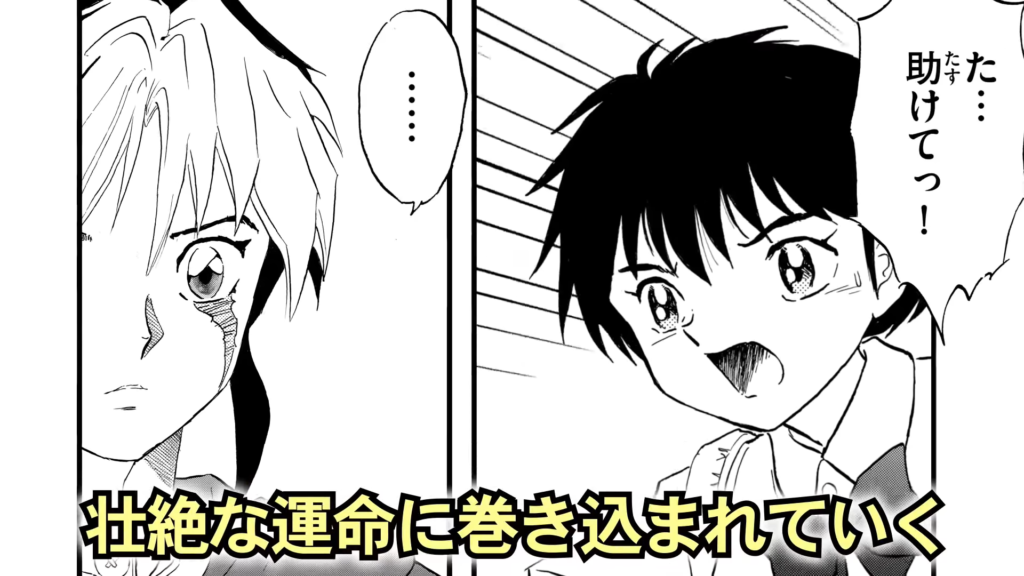 A few weeks ago, we reported that Shonen Sunday had announced Rumiko Takahashi’s newest manga MAO would hit the weekly magazine early this month. The time is upon us, the first chapter is out. While there’s no legal way for English speakers to enjoy the new comic by the creator of Ranma 1/2, you can peep this cool ‘animated’ commercial currently running to promote the series. I say ‘animated’ because it’s the type of animation where parts of a single drawing are chopped and edited to create movement. Still, seeing Rumiko Takahashi’s original hand-drawn art fluttering around the screen is pretty cool.

Off the bat, MAO is very reminiscent of Takahashi’s most famous series in the west; Inuyasha. Not that the trailer reveals much but we see a girl living in modern Japan transported to a much older time period. Also, there’s giant monsters, or demons, or some kind of creature. We don’t know what term, in particular, MAO uses yet. The original synopsis given in the first announcement stated the story was ‘a ‘strange romance’ between a boy and a girl who meet in a place where two different worlds come together ‘. Going by the CM, strange may really be the right word.

MAO is only the latest of many Rumiko Takahashi manga to grace the pages of Shonen Sunday. That one magazine published all of her biggest hits; Urusei Yatsura, Maison Ikkoku, Ranma ½, and Inuyasha. She only finished up the 40 volume Rinne in the magazine in December 2017. Like One Piece’s Eiichiro Oda and fellow Shonen Sunday royalty Mitsuru Adachi, Rumiko Takahashi will probably continue to make weekly manga until she dies. While there’s been no license announcement yet, convention tells us its likely Viz Media will start publishing the manga in English sooner or later.

MAO debuted in, at the time of writing, the most current issue of Shogakukan’s Weekly Shonen Sunday.