OTAQUEST CONNECT is coming up next weekend, so we’re getting ready to wrap up all of the announcements related to the event. Today we’re announcing the rest of the DJs who will be performing during OTAQUEST // PLUGGED IN on Saturday night, August 15th, 2020! Joining us from EDP are 3 artists that fans of music games will no doubt be familiar with, all of whom have been on our booking wishlist for quite some time so we couldn’t be more excited about their participation. 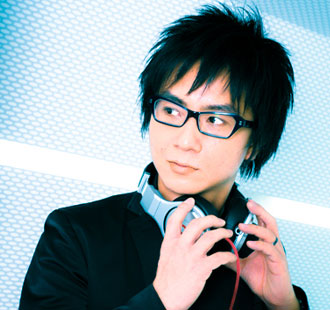 Since his debut with Konami’s “beatmania IIDX” music game, the dance track creator has been making great strides.
He specializes in up-tempo dance music with catchy melodies.
He is currently an immensely popular creator in the BEMANI series, and in addition to providing music for various BEMANI titles, he is also a member of the BEMANI label ‘beatnation’.
In addition to this, he has also lent his talents to the likes of Scatman John, CASCADA, GACKT, Predida, Denpagumi Inc, DJ Doala, the vocalist Kradness, kors k as well as a number of other creators. He is trusted by many artists and has created countless songs and remixes.

He is also expanding his activities as a next generation entertainment creator with his own live shows and PV productions, and in April 2016 he established his own label and production company, EDP (EXITTUNES Dance Production), which he plans and runs with the concept of “bringing Japanese dance music to the world”.

The company has a wide range of operations including overseas operations. 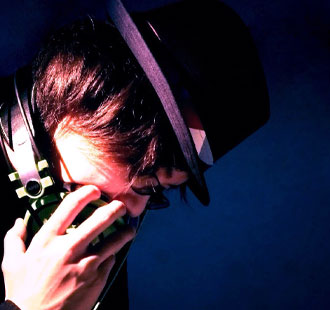 He provided the opening theme for the TV anime “Nir Admirari no Tenbin”, and provided the official remixes for “YuruYuri” and “Pri-Para”.

He is also an active performer at events and has performed as a DJ at numerous events, including the 3000-person “EDP @ Toyosu PIT” in November 2017. 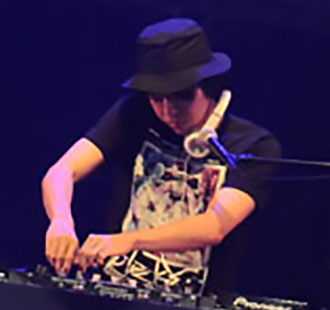 Music creator, DJ.
He has done music as a hobby for some time now, and his music was selected for the Konami Music Game BEMANI series in 2012, which garnered a lot of attention.
Since then, many of his songs have been selected through repeated requests for music, and he has gained popularity as a creator of the so-called “boss song”, which is a final song for a game tournament.
In July 2017, he released his first major album, “Alpha Omega”.
In December 2019, he released his second major album, GODHEART.

We have at least one more announcement coming up in the coming days, so be sure to keep an eye out here, on our social media channels, join our mailing list, or keep checking the official OTAQUEST CONNECT website for the rest of the details!