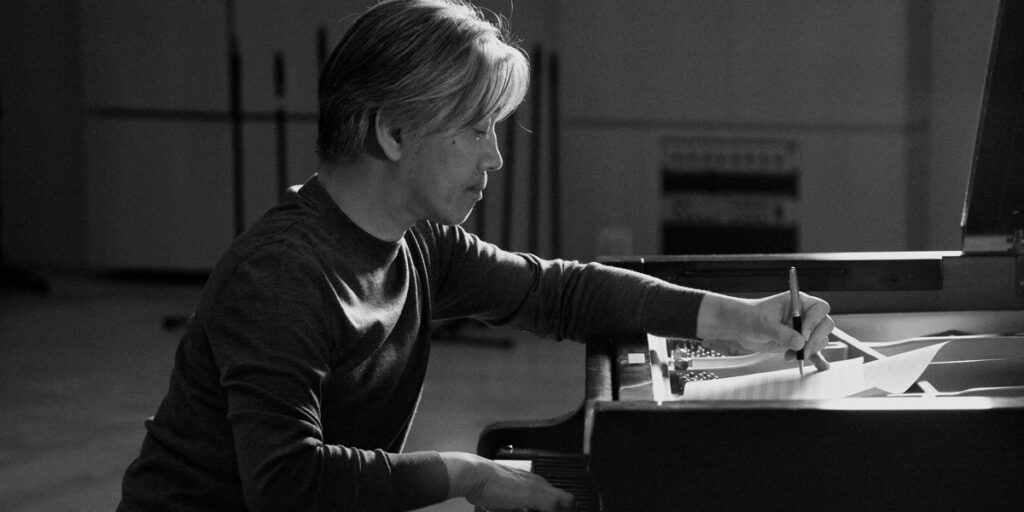 Ryuichi Sakamoto, known for being a member of Yellow Magic Orchestra and working on a number of award-winning soundtracks both at home and abroad, has recently undergone surgery for rectal surgery.

Ryuichi Sakamoto has been a pioneer within the electronic music genre, both as an active member of Yellow Magic Orchestra since their formation and on-off activities since the 1970s, with the group producing a number of major albums that have been popular around the world, and as a solo artist and composer. His work on film has spread from Japanese productions like Merry Christmas, Mr. Lawrence and the anime The Wings of Honneamise, with international award-winning credits on the likes of The Last Emperor. Beyond that, he’s wrote music for other musicians. Still making music today, the composer and musician has announced that they have undergone surgery for rectal cancer.

They had previously been diagnosed with a form of throat cancer in 2014, which they successfully underwent treatment for at the time, with the cancer entering remission for 6 years. However, earlier today, Ryuichi Sakamoto made a statement on his official website noting that the cancer had returned: 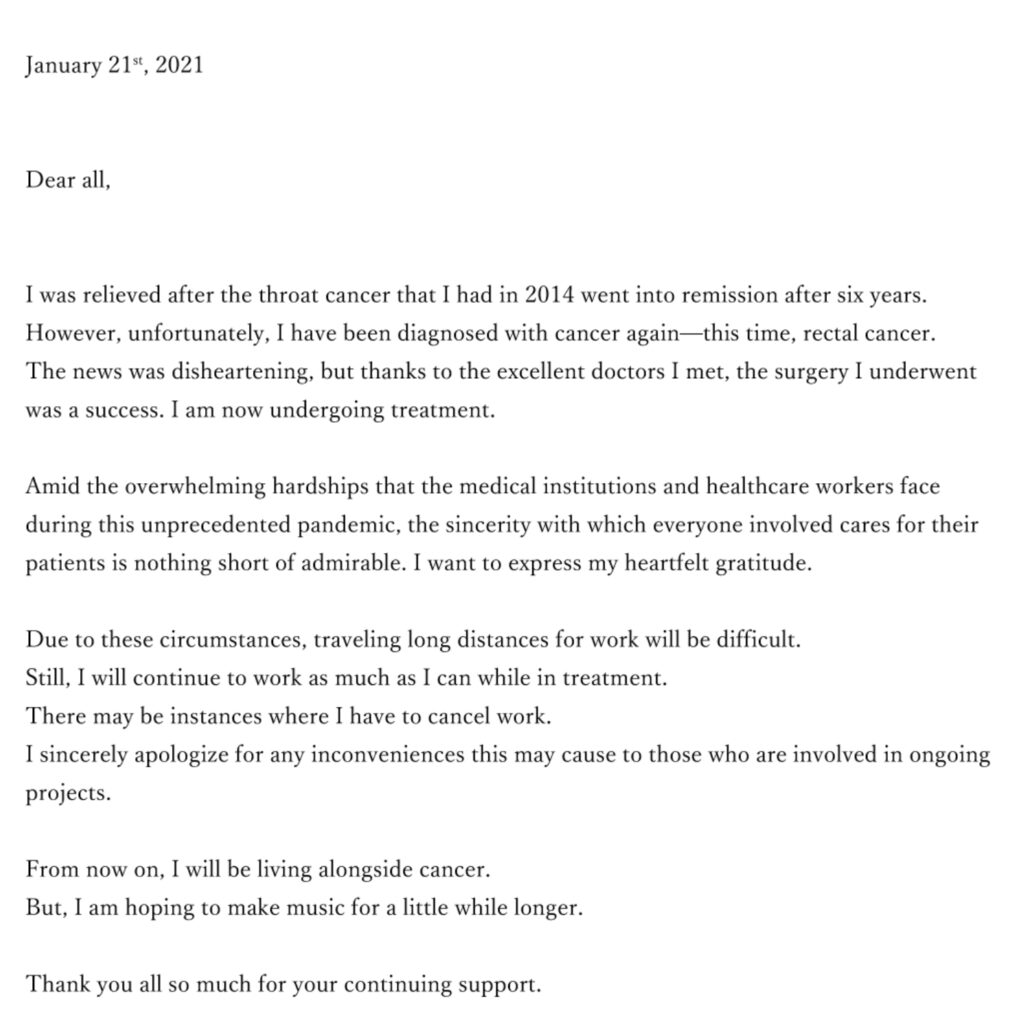 In a reference to the work the healthcare professionals underwent treating him and the current pandemic, he stated that ‘Amid the overwhelming hardships that medical institutions and healthcare workers face during this unprecedented pandemic, the sincerity with which everyone involved cares for their patients is nothing short of admirable. I want to express my heartfelt gratitude.’

As a result, Ryuichi Sakamoto has admitted that travel will be difficult, and that he will now have to live with the cancer for the foreseeable future. This treatment won’t stop him from performing, but he admits it may inconvenience fans if it forces him to cancel events. However, he hopes to continue pleasing his fans as much as he can and continue working on music for a bit longer.