Whisky Mew has announced a pair of whiskies themed after Production I.G.’s Ghost in the Shell: SAC_2045.

If there is one thing that rings true in the entire country of Japan, it’s that it loves its alcohol. That’s why many anime series have collaboration alcoholic products released. 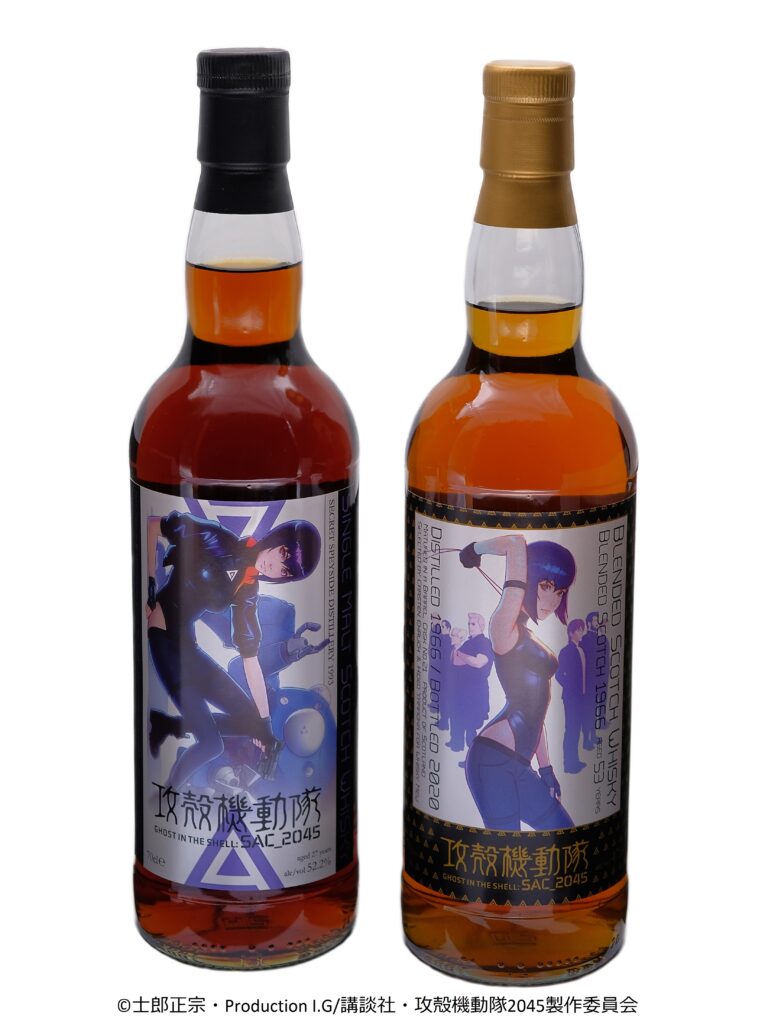 The first of the two whiskies is called Motoko & Tachikoma. It is a 1993 Secret Speyside blend with an aroma of freshly baked apple pie and other dried fruits such as prunes, dates, and raisins. When poured over ice, the whisky is said to give off a floral aroma. The sweetness of the brown sugar and the acidity of the dried fruits wrap around the smoked wood flavor. The finish is pleasant and long-lasting. The hardness of the whisky weakens and becomes smoother as water is added or poured over ice.

The second is a 1966 blended scotch called Motoko & Public Security 9. The whisky has an aroma of vanilla ice cream with a hint of pineapple and a scent of varnished antique furniture. When mixed with water or poured over ice, the whisky gives off a very euphoric scent.