Sacrificing Culture for Convenience: Pros and Cons of the Anime Streaming Era 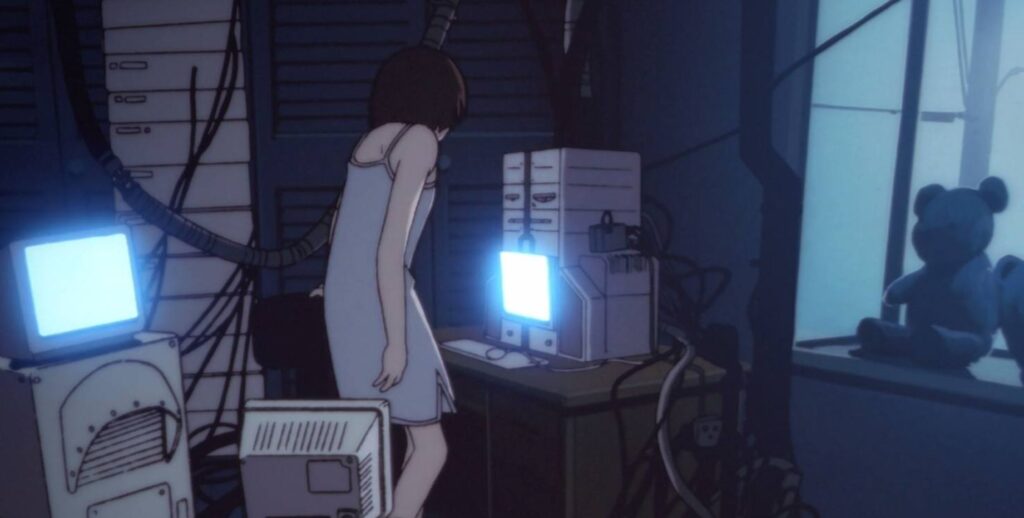 Recent market research conducted and unveiled by Crunchyroll suggests that just 6% of Generation Z doesn’t know what anime is. With the 2021 public high school size averaging out to 526 students, that means only 32 people in this hypothetical school building don’t know who Naruto is.

Anime reached a mainstream level of popularity before any of us realized it, and while one could write an entire graduate thesis on that subject, its proliferation on social media due it rooting in pockets of the internet very early on explains a chunk of that phenomenon… besides all of us being bludgeoned by Pokemon and Dragon Ball Z from a young age.

Well before our parents joined the rest of us who dumped cable in favor of a handful of preferred streaming services, fans new and old had already welcomed everything the internet would bring us. Near-universally being early adopters, the Japanese cartoon freaks and the manga hoarders of the world were poised to embrace the anime streaming era with open arms.

When you finally do go to that next anime convention, take some time to hear the stories of that guy who’s been wearing the same worn-in Mazinger Z shirt for 30 years. He’ll gleefully give you the ‘Ye Olden Days’ sermon of otaku who used to pay 50 dollars for a two-episode VHS tape spiel, often having no way to know whether they were buying crap or not; and don’t even get them started on LaserDiscs. That eventually cooled down to a more ‘reasonable’ 30-dollar 4-episode disc standard, and by the time Blu-rays started rolling around, so were the first vestiges of the anime streaming era.

No use hiding the fact that the one-two combination of anime being prohibitively expensive and its fans being nerds, meaning they had access to the internet before anybody else ever did, meant they had also pushed the forefronts of digital piracy. Arguments can certainly be made for all the good-faith fan subbing done during the VHS era, but by 2006-2007, the torrent culture became so exponential that Japanese companies had to adapt or kiss hundreds of millions of dollars of overseas profits goodbye.

Crunchyroll going legit just as the mainstream world started fully incorporating social media into their daily lives did wonders for anime’s overall viewership in the west, thus enriching the market considerably. Long-time fans were happy to pay what they felt was an impossibly fair price to have a legal way to watch episodes as they aired in Japan, all in one place at that. Younger converts, never knowing anything but the convenience of everything being a button away, naturally took to streaming anime.

Unfortunately, during this transitional period, a number of beloved US licensors like ADV Films and Bandai Entertainment’s US arm dropped out of the game, but that meant more anime consolidating in fewer places.

By 2012, legal anime streaming made the art more accessible than it ever had been, and at such a low cost, but by virtue of how many people were paying cash for these services the creators still got a check out of it.

So, what’s the problem?

To start, you no longer have a reason to sit in a room with an assortment of hyper-nerds in order to geek out and, perhaps, get an anime or manga recommendation from a trusted source. Of course you’re still free to congregate, but if you’re that hypothetical public high school student and 493 of your classmates at least vaguely know about Goku’s heroic exploits, you can just talk about them with anybody at any time.

Anime streaming upped the pool of anime watchers exponentially, but that doesn’t mean it intensified love for anime in equal amounts.

On the contrary, today’s anime playing field in the United States resembles Japan more than it ever had: Loads of people watch anime, but only keep up with the most widely discussed shows, maybe considering themselves active ‘stans’ for just a small handful of titles instead of the artform itself.

When one has a buffet’s worth of shows to choose from, bombasted with endless indecipherable anime icons when firing up their streaming service of choice, are they going to take a chance on something they’ve barely heard of, or instead default to the latest shonen everyone’s been raving about on Twitter, oh coincidentally advertised front on center on said service?

Long-time Batman writer Chuck Dixon of all people recently stated in an interview specifically about manga wiping the floor with American comics despite them being tied to the most profitable movies ever that ‘the kids that my kids know who read manga are just casual readers. They’re not fans. They’re not geeks. They’re not going to conventions. They just like reading manga.’

Nothing wrong with not being as invested as we are, and of course there are still plenty of new capital f Fans coming into the fold, but the anime streaming revolution was ultimately one of convenience, not of passion. 20 years ago, anyone who was watching anime in the United States was actively in the thick of it. They had to do real research to find out about Martian Successor Nadesico or Full Metal Panic!, then blow chunks of a minimum wage salary to watch them.

They were more likely to savor every bit of animation that reflected into their eyes.

We don’t want to return to a time where you’d sacrifice an entire day’s work of hard labor just so you could watch two episodes of Tenchi Muyo! on a VHS tape. The fact that metric tons of fine Japanese animation are yours to watch is nothing short of a miracle, as that Mazinger Z shirt guy will enthusiastically tell. Take advantage of that!

What we do hope after 10+ years into the anime streaming paradigm is a comeback of people taking risks with the shows they watch, doing their history homework, and genuinely appreciating these artforms its creators occasionally die to make. For the art to be treated like ‘streaming content’ and not narrative and artistic triumph, that’s what pains us.

We love our One Piece as much as the next person, and nothing gets people into anime like big shonen, but keep digging deeper! Give this Jin-Roh thing that keeps popping up every time you try to scroll to Jujutsu Kaisen a chance, and then convince someone else to do the same.