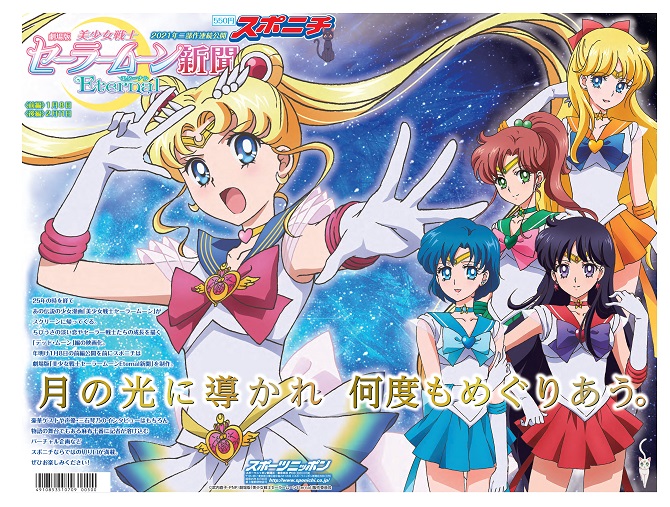 If you’ve been looking forward to next year’s Sailor Moon Eternal movies, you may want to check out this 32-page Sailor Moon newspaper.

Sports Nippon Shimbun started taking pre-orders for the publication on Tuesday. Most international Sailor Moon fans should be able to order it online if they have an account at Amazon Japan.

The Japanese-language newspaper features an interview with Kotono Mitsuishi, the voice of Super Sailor Moon/ Usagi Tsukino. It will also include a collection of manga covers, a chronological table of the series, and coloring pages.

According to the official Sailor Moon website, it will also include a ‘virtual project’ where the reporter will ‘blend into’ Azabu-Juban, the Tokyo neighborhood where Sailor Moon takes place. The publication will be in full color (except for the coloring book pages).

As is sometimes the case with special publications in Japan, the newspaper will apparently include small gifts.

Those lucky enough to be in Japan right now will be able to get the newspaper from select konbini, and from the official Sailor Moon store.

However, fans will also be able to buy the newspaper online from Amazon Japan, Yahoo! Shopping Japan, or Seven Net Shopping (the online store for 7-Eleven in Japan). Those who buy the newspaper through an online shopping website will get a limited-edition, online-only cover. 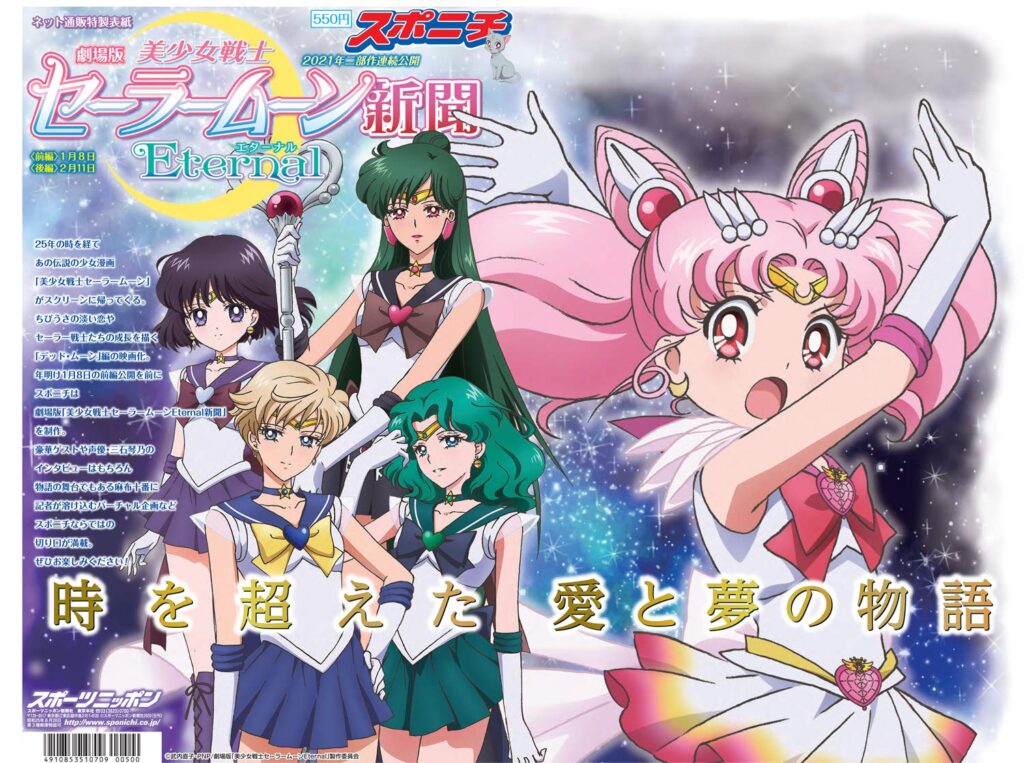 The newspaper will sell for 550 yen (with tax). However, shipping and handling charges will probably bring the price up somewhat.

Of course, the new publication celebrates the upcoming arrival of the Sailor Moon Eternal movies. The movies will serve as a ‘Season 4’ for the Sailor Moon Crystal reboot anime series. The first movie is expected to come out on 8 January 2021. Part 2 will arrive on 11 February.

The newspaper will be released on 24 December.