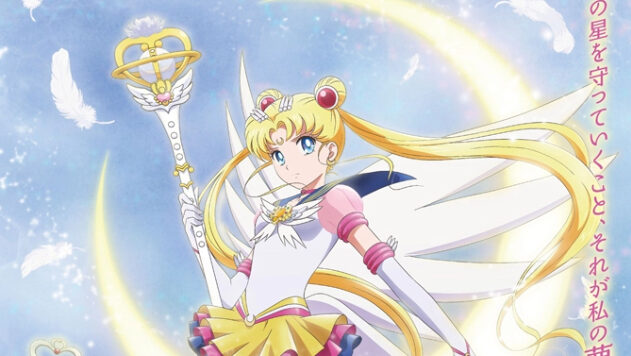 Toei Movie on Thursday released on YouTube a new trailer for part 2 of the Sailor Moon Eternal anime movie. The first half of the two-part film will be released on Friday.

The new trailer features all ten of the main Sailor Senshi, and some of the movie’s villains. At the end, we also get a glimpse of Usagi’s winged Eternal Sailor Moon form in all its illuminating glory.

The first thing I noticed when watching the trailer is that the Outer Sailor Guardians (Saturn, Uranus, Neptune, and Pluto) show up first. And they seem to get more focus than the Inner Senshi (but that’s typical of later Sailor Moon stuff). The villainous members of the Dead Moon Circus, led by the dark Queen Nehelenia, also make an appearance. We also get to hear Sailor Moon’s famous battle cry as well.

The second half of the anime movie will come out on 11 February. The two-part film covers the Dream arc of the magical girl franchise. The Eternal films also constitute a ‘fourth season’ of sorts for the Sailor Moon Crystal reboot series. 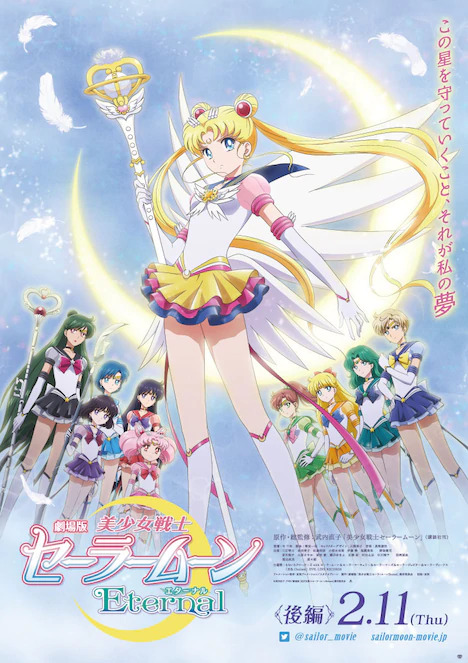 Toei also released a new poster visual for the film. Just like the ending to the promo video, the poster features Eternal Sailor Moon, rather than her previous Super Sailor Moon outfit. The other Sailor Scouts stand behind her, ready for action. (And you really notice how tall Sailor Pluto is; she’s easily a head taller than Sailor Mercury on the poster.)