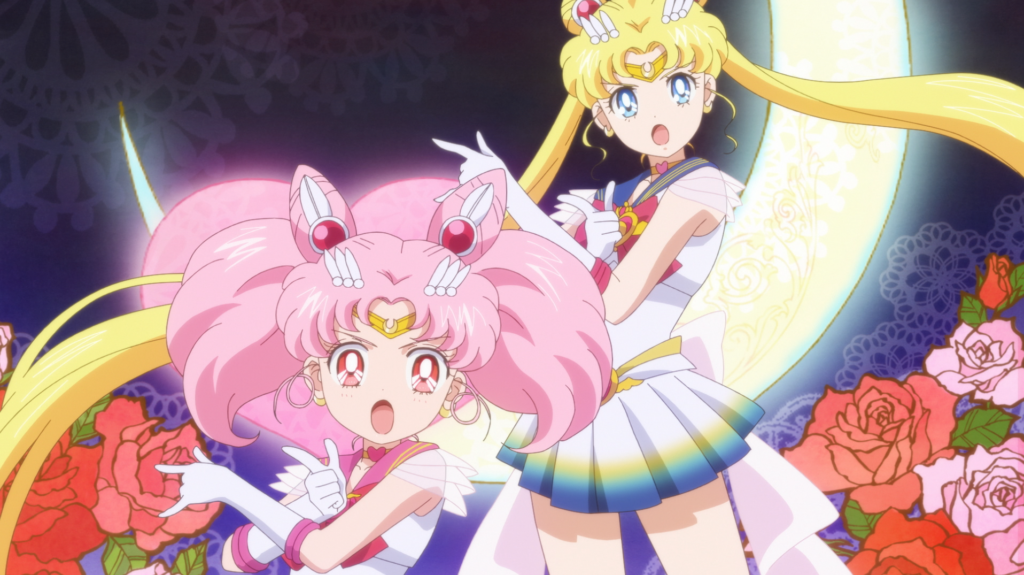 Pretty Guardian Sailor Moon Eternal The Movie had a lot riding on its shoulders when it premiered in Japanese cinemas earlier this year after a five-year wait.

Considering how the series was built up as a new adaptation of the seminal manga that promised to be more faithful than the still-beloved 90s anime series, reactions to 2014’s Sailor Moon Crystal were decidedly mixed. Stiff animation was complemented by a rigid retelling of a story that, realistically, had enough rough edges to benefit from adaptational changes in order to bring the best out of these ideas in a new medium. This is something the 90s series understood, even if this was partially the result of stuffing the show with a bit too much original filler content.

Opinions shifted with the third season of Crystal in 2016, which brought with it a looser animation style and in-house production that elevated the quality of the final product. While part of the improvement comes down to how the Infinity arc was always a marked improvement over what came before it, it was still welcome to see the series grow in strength. It was still far from perfect, but it was getting there.

Continuing where Crystal left off after a five-year hiatus, the Sailor Moon Eternal movies represented a chance to see the beloved Dreams storyline adapted faithfully in animated form. What could go wrong?

Sailor Moon Eternal is such a direct continuation of the events of Crystal that the first scene of the first film is a repeat of the final episode of the TV series.

With Hotaru now regressed to a child-like state following the events of season 3, everything seems at peace as the April cherry blossoms get into full swing. The Outer Guardians are raising the now-childlike Hotaru in seclusion while Chibi-Usa is set to return to the 30th century, when an unprecedented solar eclipse brings the Dead Moon Circus into town that once again threatens the Earth and the Silver Millennium kingdom.

Although the threat that the Dead Moon Circus poses and their desire to put the Earth into an eternal nightmare to rule it from the Silver Millenium throne is the context for the events of these films, it’s the internal conflict and struggles of our cast represented by the nightmares inflicted by the Circus that defines the Dream arc.

Although a point of contention with some fans, the decision to shift the story away from Usagi and onto Chibi-Usa is what makes this story so interesting. Using the Circus’ power to shine a light on the insecurities felt by Chibi-Usa and her desire to grow old, with the lens later being reflected on the rest of the cast, give this story a unique feel within the Sailor Moon storyline. It’s a moment within the series’ history that has come to define these characters and how we recognize them today. 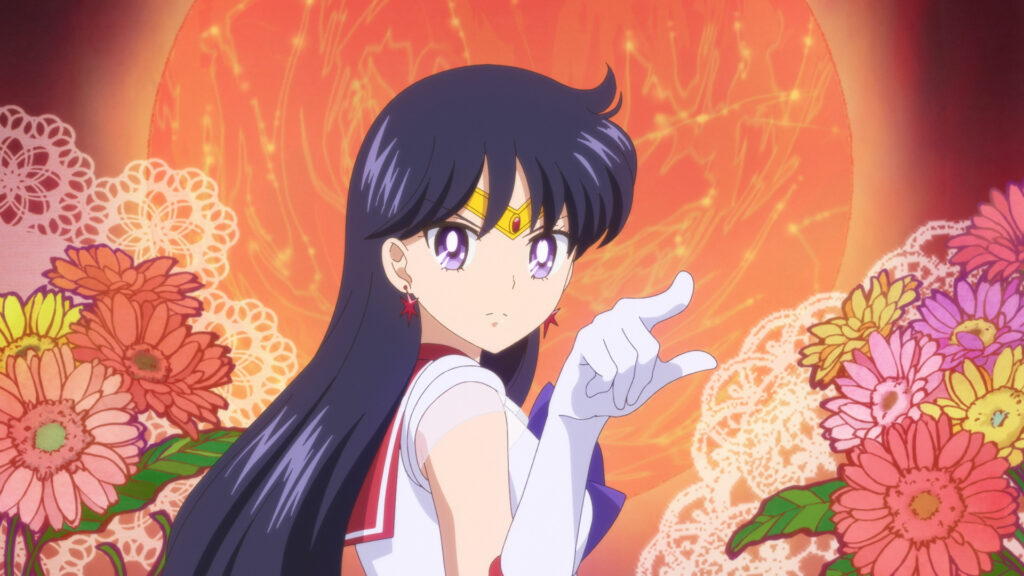 The potential exists for these movies to soar to new heights. Unfortunately, the choice to create a direct adaptation of this particular story within the manga makes for a disjointed viewing experience, and one without the direction needed to elevate these themes for a new medium. This is partially down to an episodic manga story being brought together into a single viewing experience. While the issues with Sailor Moon Eternal span across the 160-minute runtime of the two films, the first film is easily the weaker of the two and exposes the flaws with the film’s rigid adaptation.

Chibi-Usa’s story is the central focus of both of these films as she grows from her experiences here and in previous seasons to become the ruler she is set to grow into in the future. Prior to Eternal, Chibi-Usa was best described as an annoying younger cousin, without much to define her other than her resemblance to Usagi and her feelings for her sort-of father Mamoru. The Dream storyline takes advantage of this.

While the flirtations between the two characters are mostly played for jokes in earlier seasons, Sailor Moon Eternal brings the pre-pubescent insecurities of her one-sided crush to the forefront by having them manifest in her desire to become an adult. Maybe she won’t feel as much of a nuisance to the others as an adult. Maybe she can contribute more to the other Sailor Guardians. Maybe Mamoru will notice her more. 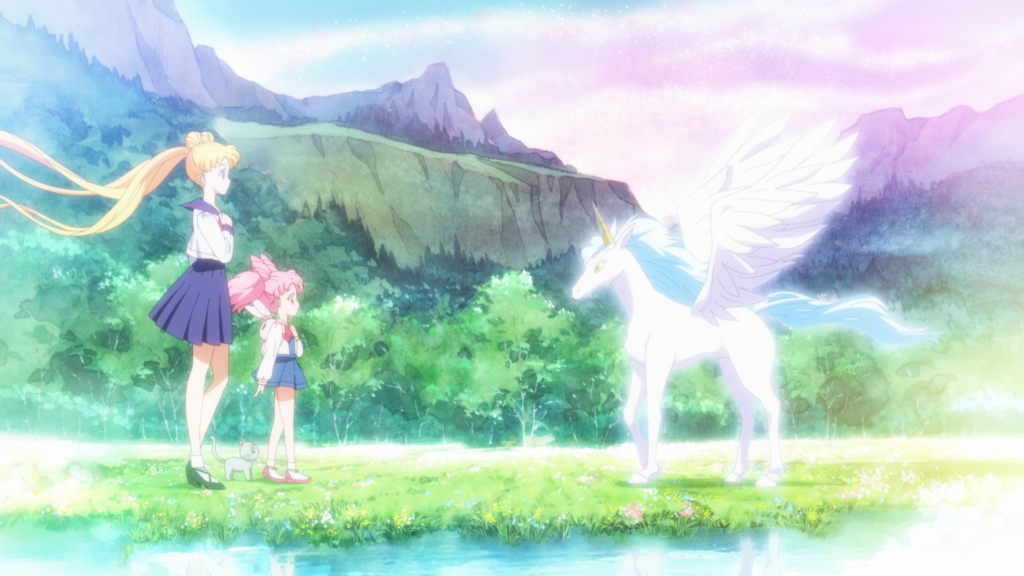 This is in stark contrast to Usagi, who wishes to be freed from the responsibilities of turning 16 and further embodying her role as Sailor Moon. She just wishes to return to being a child where she can regress to a blissful childhood ignorance where she was unaware of her existence as a reincarnation of Princess Serenity. Their connection to one another is played with and contrasted by their conflicting desires and is brought into sharp focus when the Dark Moon Circus uses their power to switch their roles and ages.

Suddenly, Chibi-Usa is the teenager and Usagi is the child. It’s from this that she realizes she won’t ever earn the affection of Mamoru, helping her to move on and grow as a person. She even finds her true first love with the mysterious pegasus named Helios that appeared around the time of the solar eclipse.

The blend between the internal conflict of these characters being manifested and confronted in reality by the actions of the Dark Moon Circus in search of their aims to put the Earth under Eternal Nightmare is exactly the thing that makes this arc so interesting. Unfortunately, this sequence only takes up about 15 minutes of the runtime of the first Sailor Moon Eternal movie.

Each of the Inner Guardians has their own battle with their insecurities and the Dark Moon Circus in the first film, but no attempt is made to bring these conflicts together. Chibi-Usa’s conflict continues throughout both Sailor Moon Eternal movies as she gets to know Helios, yet is consistently siloed off from the rest of the film despite its thematic connection to the problems the other Guardians face. 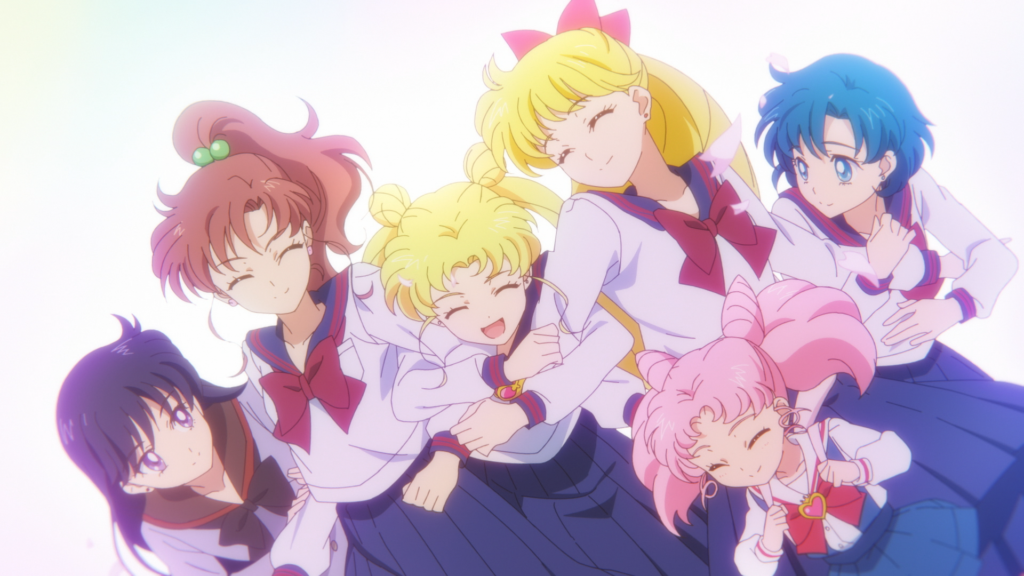 When we enter the second film, the movie opens on the wonderful polycule relationship of ‘Mama, Mama and Papa’ (Setsuna, Michiru and Haruka) as they raise Hotaru in perhaps the strongest moment from both films. We see their happiness at being together as they raise their new child in tranquility, but we also get to see their insecurities as parents and Guardians interact as they worry about whether they’re doing the right thing.

As a self-contained moment of calm, it’s a cut above any moment from across this double bill, but the opportunity to tie this with Chibi-Usa’s story and the overarching themes of adolescence and the pressure to grow up and reach the expectations burdened upon you by others is squandered once again. Considering Hotaru’s past friendship with Chibi-Usa, this decision feels particularly galling, and is down to a conservative approach to deviating from the original manga to enhance the overall experience.

The result of this inability to tie these stories into a larger narrative is a pair of movies that feel more like a sequence of events incoherently mashed together than an engaging narrative. When their personal conflicts are resolved and we have to face the evil queen leading the Dark Moon Circus, the battle lacks a satisfying payoff because you haven’t been given a narrative reason to care about who wins. As far as we know, their individual problems are resolved and the Circus are little more than a nuisance brushed aside for most of Eternal’s runtime. With that mindset, the battle feels like a necessary closing number, rather than an exciting finale.

So what are we left with? Sailor Moon Eternal has its moments of expressive animation, charming humor and strong character moments, but it’s all brought together in the wrong format for the story being told. Coupled with a disjointed structure and a feeling that these movies lack the care and attention a property with the legacy and history of Sailor Moon deserves, it’s frustrating.

This is a haphazard duology, and one that’s particularly disappointing for any fan who waited five years since Crystal came to an end to see this story, at long last, receive a faithful anime adaptation. Despite the long wait between releases, Sailor Moon Eternal feels as rushed and disappointing as the 39 episodes which preceded it, even if it is the best the series has been in animated form since the original. 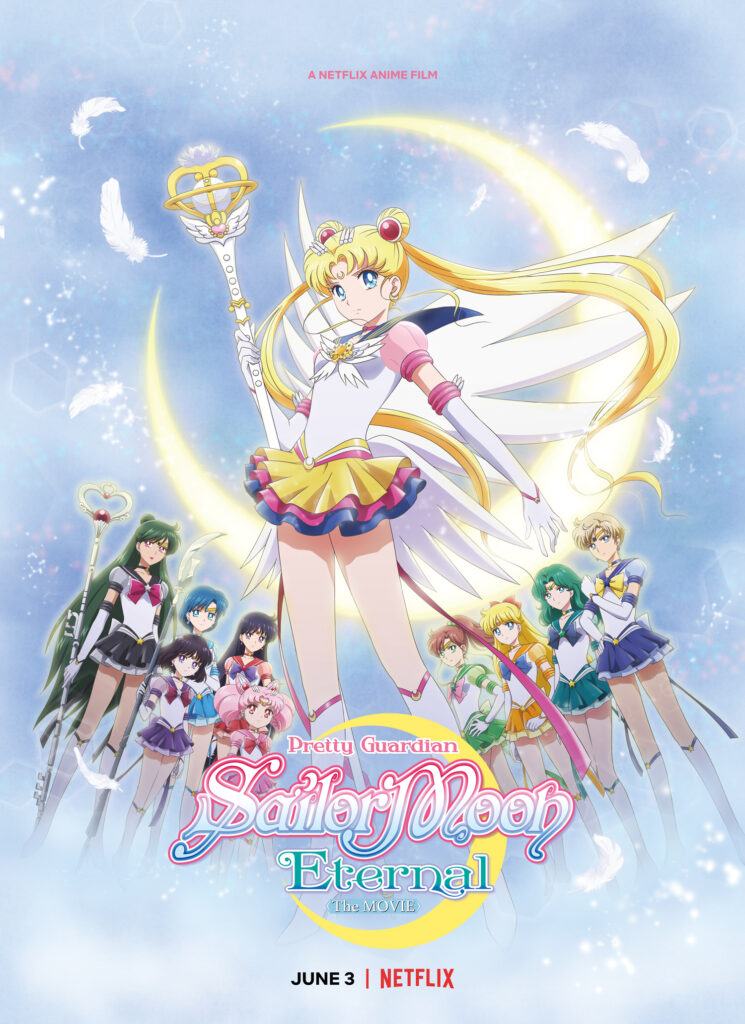