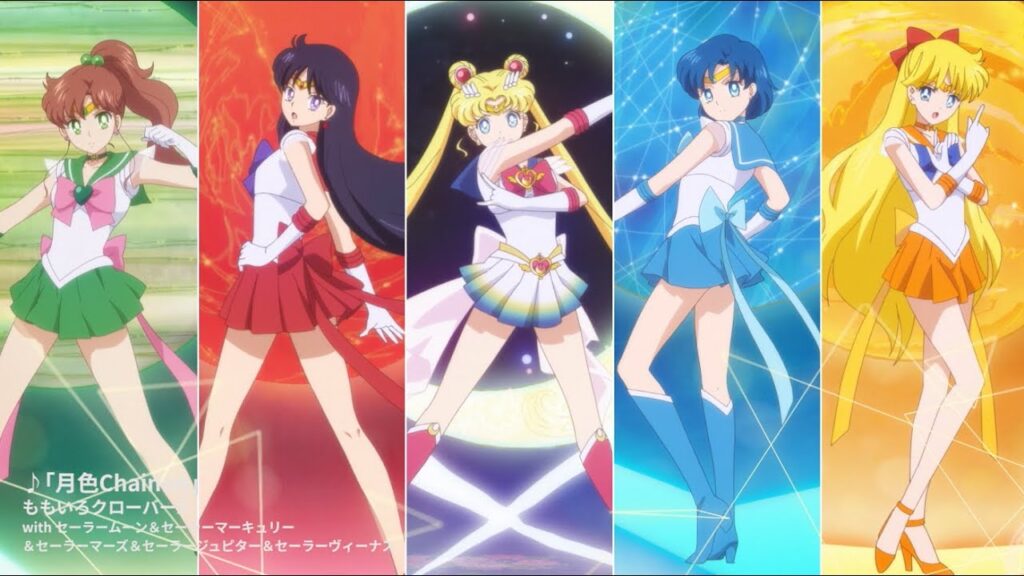 As the release of Sailor Moon: Eternal comes ever-closer, finally continuing the story of this rebooted adaptation of the seminal manga that started with Sailor Moon: Crystal all the way back in 2014. Since the series came to an end in 2016 the wait for an adaptation of the Dream Arc went on until it was confirmed as a 2-part movie adaptation in 2019, with the films eventually settling on a January and February 2021 release date following delays caused by the ongoing COVID-19 pandemic. With the release of these films growing ever-closer the promotional cycle for Sailor Moon: Eternal is beginning to get underway, starting with a reveal of the movie’s theme song performed by Momoiro Clover Z and the Sailor Scouts themselves.

Momoiro Clover Z have provided theme songs for the series since its return with Sailor Moon: Crystal, performing both Moon Pride and Gekko as the series’ new opening and ending themes before contributing multiple other themes for later entries. To kick off anticipation for the new Sailor Moon: Eternal films, it’s been confirmed that Momoiro Clover Z’s first new single since the release of Stay Gold in November 2019 will be a new theme song for the movie titled Tsukiiro Chainon (Moon Color Chainon).

A brief preview for the song was released on YouTube featuring the members of Momoiro Clover Z performing the song in the recording booth alongside previously-revealed snippets of animation from the new films. They also released a comment video on their official YouTube channel stating their joy at recording a new song for the series. Two versions of the new theme song will be recorded and released, one being performed by Momoiro Clover Z and another being performed by the voice actors for each of the Sailor Scouts.

Both Sailor Moon: Eternal films featuring this song as its theme tune will release on January 8th and February 11th respectively, and you can find out more over on the movie’s official website.