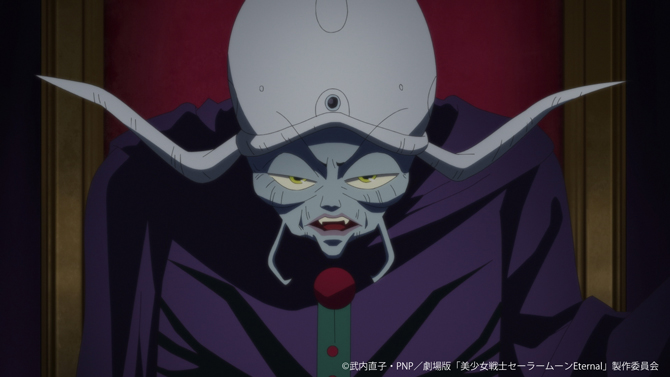 Toei released a new clip for the Sailor Moon Eternal anime movie on Tuesday, and it’s a good one.

If you recognize the voice actor featured in the video, you might win a movie poster.

The new promo features Zirconia, one of the main villains from the Dream arc of the Sailor Moon manga, which was adapted for TV as  Sailor Moon Super S.

The Sailor Moon Eternal movie will actually be presented in two parts. The first part will be released on Jan. 8, 2021. The second half will come out on Feb. 11.

Like just about everything these days, both parts were delayed because of COVID-19. Otherwise, the first half would have gone to theaters this Friday, Sept. 11.

The new promo video comes with a challenging contest for Sailor Moon fans.

If you think you can figure out who is the voice of Zirconia, tweet your best guess back to the Sailor Moon Eternal movie Twitter account.

The contest ends at 11:59 p.m. on Thursday, Sept. 10, Japan time.  Since more than one person will figure it out or guess correctly, three winners will be determined by lottery.

The new Zirconia promo pretty much confirms that the new two-part movie will indeed feature a retelling of the Dream or Dead Moon arc.  Sailor Moon Super S, the fourth season of Sailor Moon, also covered this arc.

Zirconia leads the Dead Moon Circus, which is trying to release Queen Nehelenia.