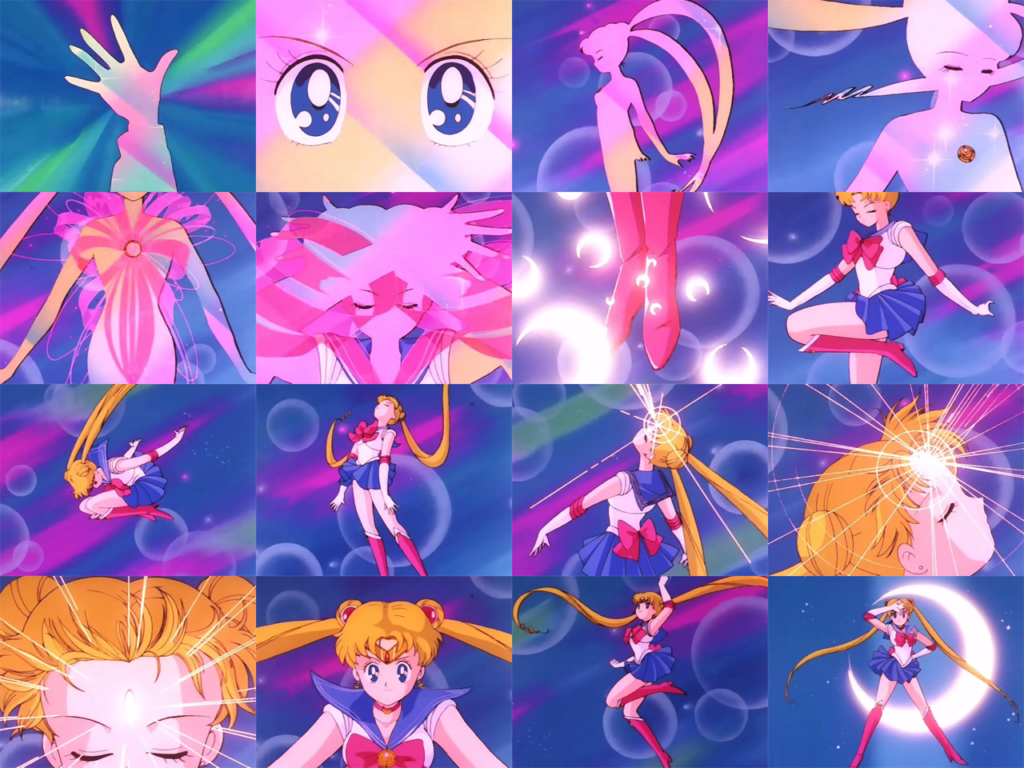 It’s my birthday, 30 August 1999, and I’m sitting with my three closest friends in my balloon-covered living room. Gifts are stacked on the fireplace, the cake is cut, and the necessary song has (awkwardly) been sung, meaning the main event was nigh. I start digging in, throwing torn paper over my shoulder, somehow aware that my reactions are being recorded in real time on my dad’s camcorder.

‘Show us what you got,’ my mom would coach. I wondered if we’d be going back for a play-by-play later, but happily went through the motions.

Ape Escape for the Playstation, oh boy, Pokémon cards out the wazoo… and bam. There it is: 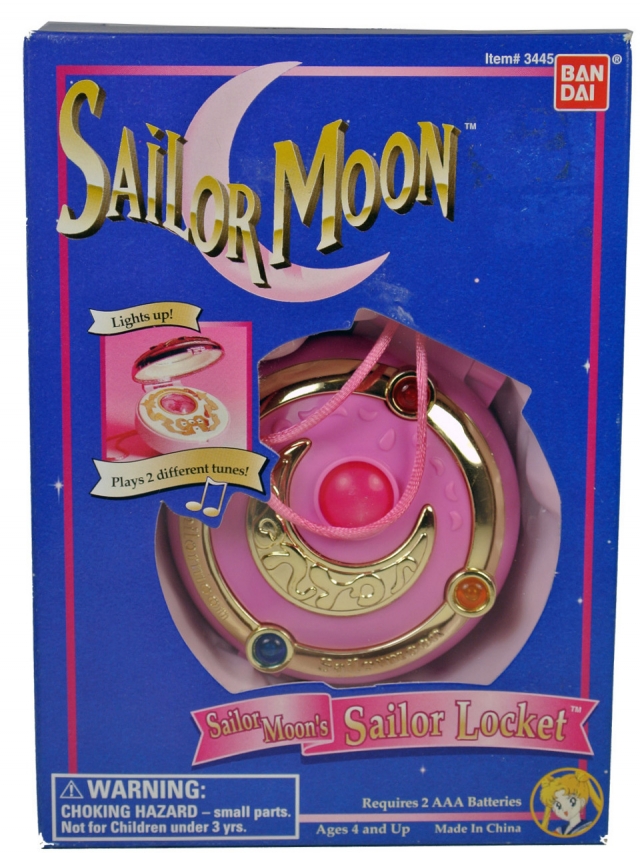 It was something infinitely less sophisticated than a video game, and far less likely to hold my attention for any span of time. It was just a piece of plastic that lit up and played some familiar sounds, something simplistic enough for a parent to give to an infant looking for stimulation. Yet that brooch stayed with me for years after, tucked safely away in my backpack as if it might actually come in handy.

Shy as I was, the sounds that came out of that locket made me feel as if I had the power to take on the world. Getting a Sailor Moon replica was a gateway to playing pretend on steroids. Making a costume out of a dance leotard and an oversized Christmas bow just wasn’t enough.

It wasn’t just any toy. That brooch made me feel like a larger-than-life character in my own story. 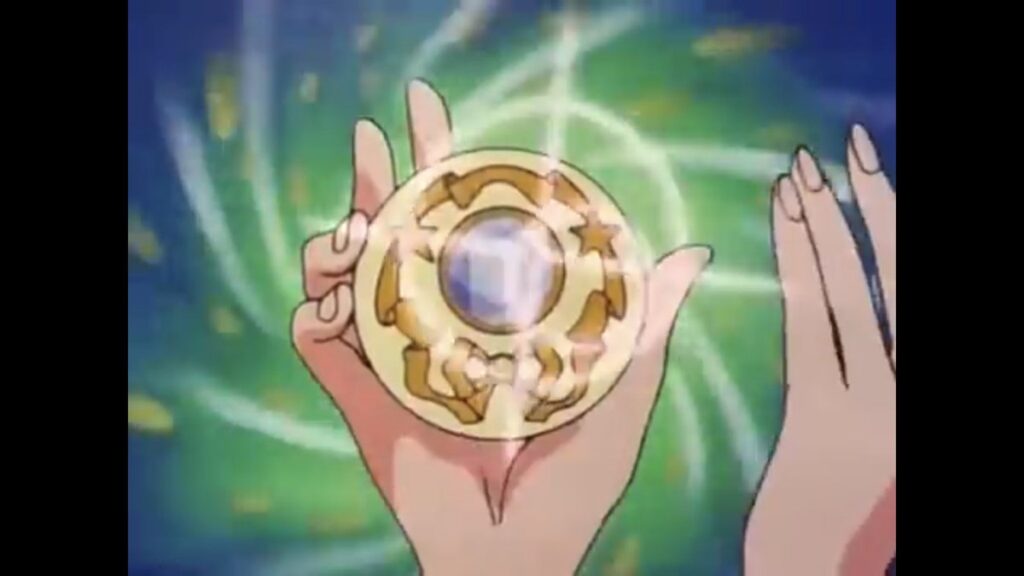 Sailor Moon transformations were my music genre of choice, the BGM to my daily life. They were a call to action. Maybe I wasn’t suddenly wrapped in ribbons of light, swirling around and posing dramatically to find myself in a new outfit, but mentally a transformation was being triggered every time those choral tracks rang out. It was the switch little girls flipped to become our own version of a Sailor Scout. We were fighting our own evil, in the form of growing pains and schoolyard bullies.

Maybe I’m not alone in saying that the Sailor Scout transformation sequences were my favorite part of every episode. Prior to them, there would be the casual friendly squabbling between girls, heartache, and normalcy. After, there would be butt-kicking and problems being solved.

If Usagi and her friends could find a way to manifest that power, why couldn’t we?

Never mind that they weren’t real… to a generation of little girls, they were role models! They didn’t need to be flesh and blood to convince us of what we were capable of, because they were just calling up something we already had inside of us.

My music taste may have changed as the years have battered me, but flipping on classic Sailor Moon and hearing those symphonies kick in hits me with memories of being in the backyard with friends, doing our best Sailor Scout monologues on the trampoline, and no doubt looking very badass while doing so.

Magical girls had existed for years prior, but not in the United States: the idea of a ‘transforming’ hero was fresh, falling in line with the rising ‘girl power’ movement and leading the way for plenty of American animation to come. It birthed the shojo craze in the west, with new comics popping up shortly after, not in specific comic book shops but in mainstream bookstores. The newly emerging internet played a massive role in feeding the fandom, and we would suffer those dial-up connections for a mere glimpse at any new Japanese art.

To think… by simply shouting a few magic words, we could have complete control! Children are often made to feel lesser-than, to feel helpless, told ‘maybe when you’re older.’ Sailor Moon didn’t condescend to us. Usagi and her fellow scouts were young girls, still in school, yet managing to juggle a secret life of magic and crime fighting with parents and low test scores.

That sequence would play, and we were the chosen ones. We were exceptional, and we didn’t need anyone’s permission. 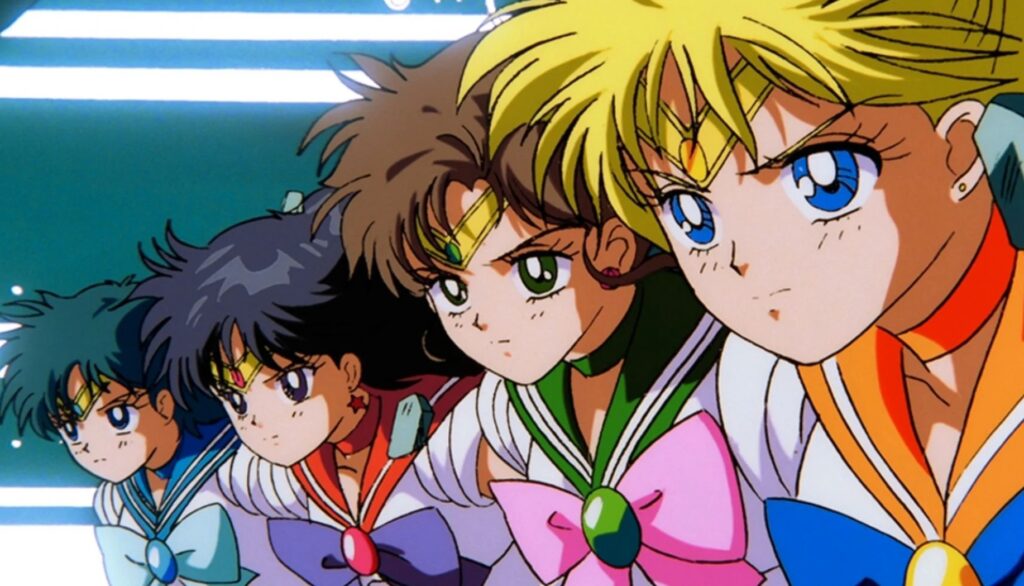 Whether we’re talking about the original over-the-top choral-backed score or the more simplistic but suitable DiC music (a story for another day), they both conjured their fair share of magic, and still hold a special place in plenty of kid’s hearts.

Actually, I guess we’re all adults now. Ain’t that a kicker?