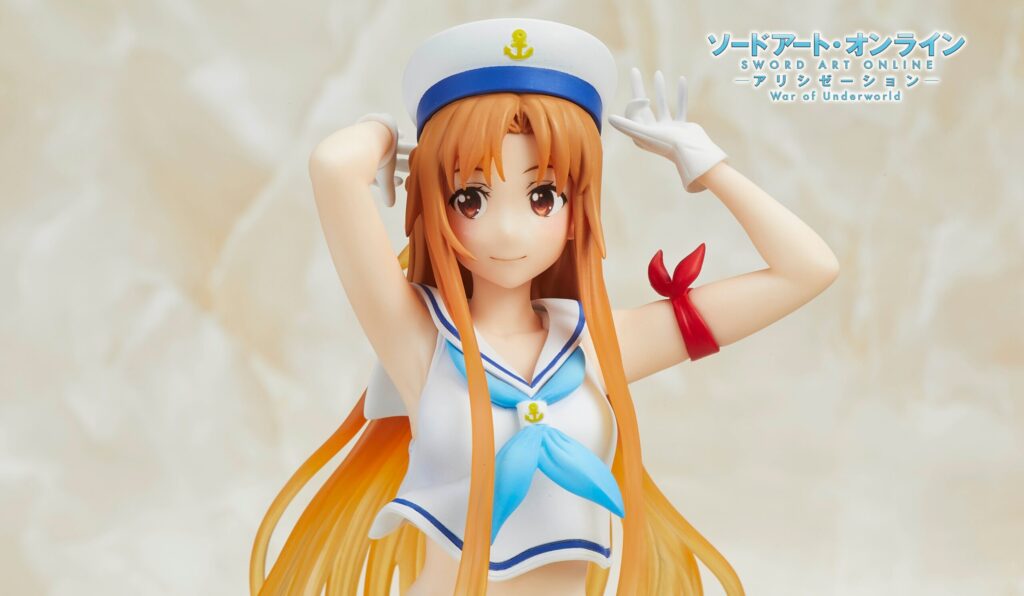 TAITO shared the news today that they will be bringing an absolutely adorable figure of Asuna from Sword Art Online in a summer sailor uniform to their UFO catchers at their game centers throughout Japan.

With the new Sword Art Online: Progressive film coming out this year, it only makes sense that TAITO would be focusing on Asuna as she is the main protagonist of the story. The new figure sees the character in a sailor uniform. 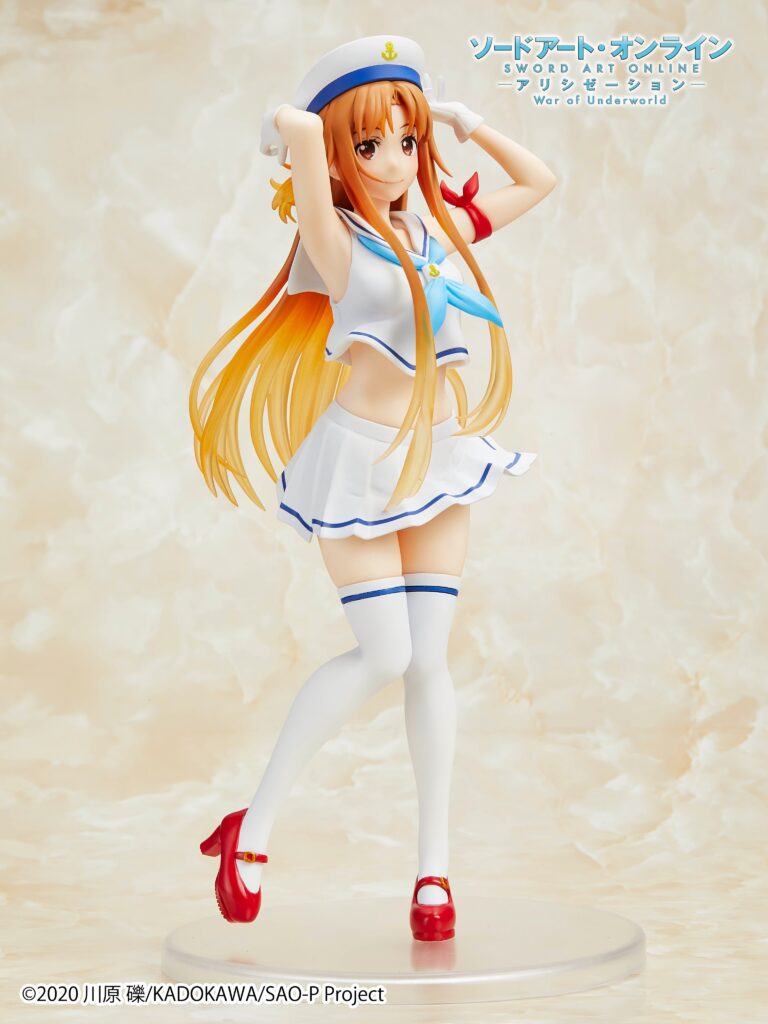 The figure features Asuna putting on her sailor cap and giving an oh-so-innocent smile. She is wearing a high-cut sailor top which is revealing her belly area, and a less-than-appropriate short skirt which on the backside you get a little glimpse of her rear-end… but SAO fans know that’s not the first time we’ve seen that. I think the best part about this figure is the semi-translucent hair. It’s almost hard to believe that a figure of this quality would be in a UFO catcher. 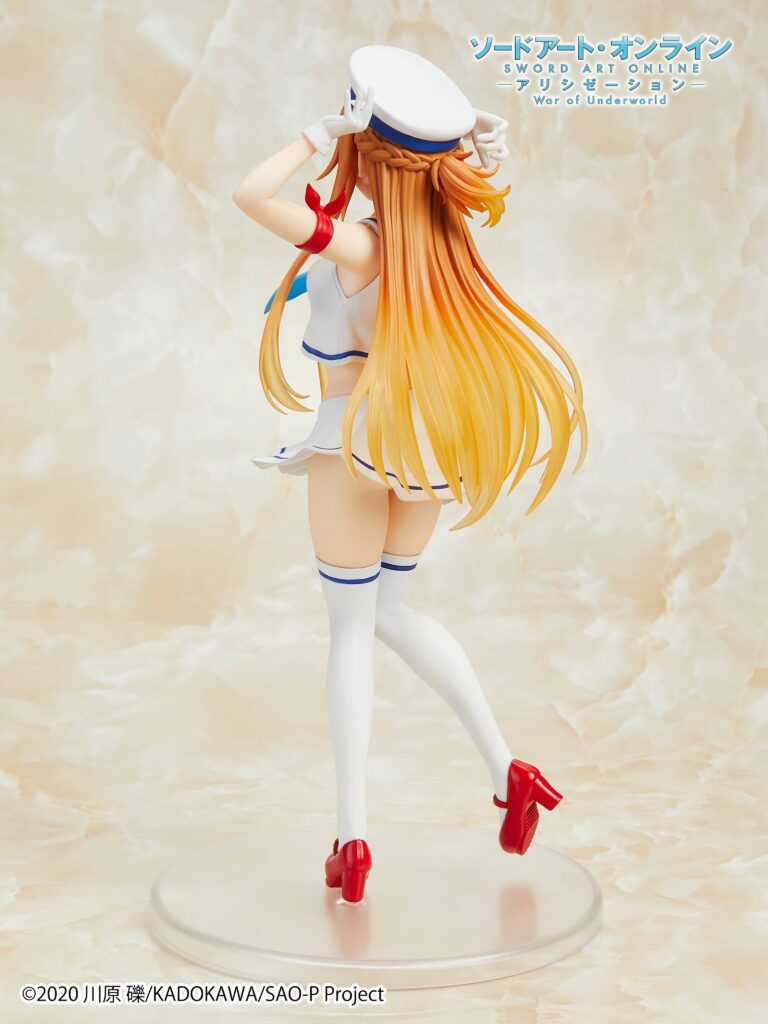 If you’re looking at adding this Asuna figure to your collection, you’re going to have to find a friend in Japan that can win it for you from a UFO catcher, or find a second-hand store that ships internationally that someone has traded the figure in at.