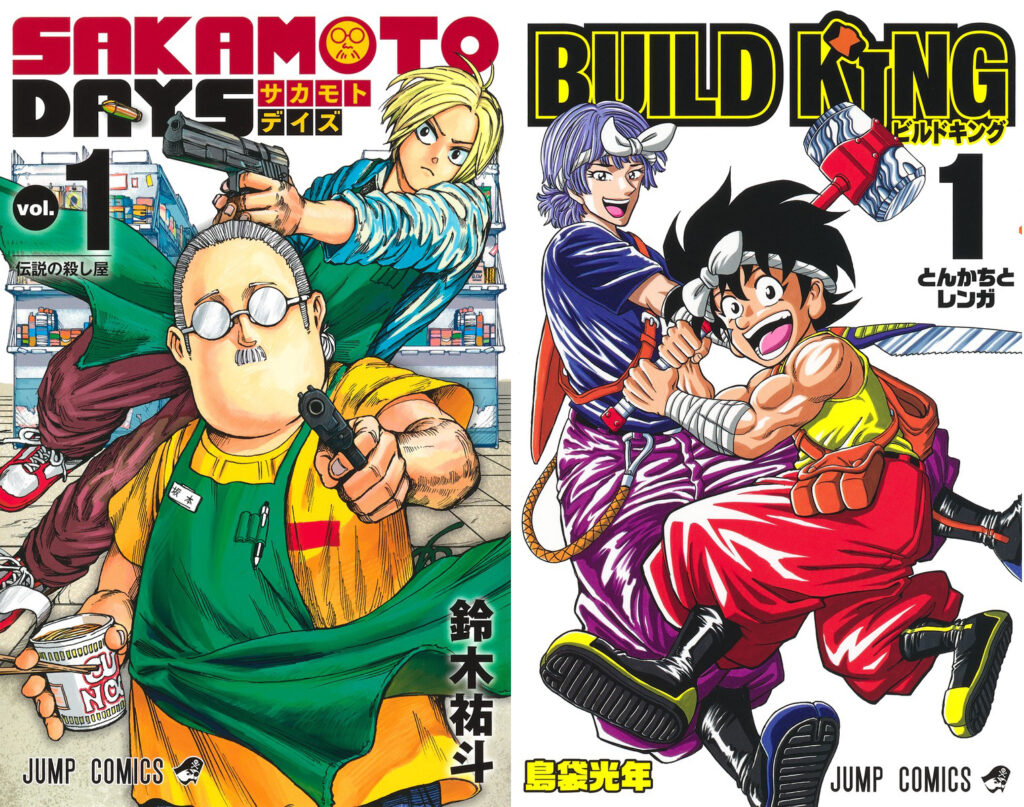 For our data on this, we turn once again to the Shoseki Ranking blog and @WSJ_manga’s estimations based on these. As usual, we would like to remind our readers that these figures are, at the end of the day, estimations, based on a limited pool of retailers (only online, no speciality stores). Nevertheless, they are about the best we can get for the time being, in lieu of anything official.

According to Shoseki, sales for Sakamoto Days volume 1 placed it at number 149 in the first week of its release (29 March through 4 April), while the second week (5 to 11 April) saw it jump up to number 132. This gives some credence to the idea that there were distribution issues, which we’ll cover later on. Based on this, @WSJ_manga estimates that it has sold about 15,000 copies so far.

According to Shoseki estimations on this 2nd week:

Sales for Build King volume 1, meanwhile, placed it at number 442 on Shoseki during the first week and 227 on the second. @WSJ_manga estimates that it has sold about 7500 copies so far. That’s honestly a pretty poor showing for an author as well known as Mitsutoshi Shimabukuro, but that sort of sales reception wasn’t exactly unexpected. Build King wasn’t very well received from the very beginning, often because it felt outdated and too kid-oriented.

One quote from Maijutsu captured it very well: ‘If you told me this was a manga from 1997, I’d probably believe you.’ Here’s another good one: ‘I liked Toriko, but now that I think about it, the art wasn’t very good. It was a food manga, but the scenes where they ate food weren’t very appealing…’

As a result, the axe was very quick to fall on Mitsutoshi Shimabukuro’s latest series: it ended on 11 April, about a week after volume 1 was released. Stronger sales for Sakamoto Days volume 1 seem to suggest that it might meet a better fate than Build King, but Phantom Seer’s recent surprise cancellation certainly gives the impression that nothing is ever truly safe.

Finally, there has been a lot of chatter online about possible distribution problems affecting the sales of recent Jump volumes. This seems to account for the big shift in sales for Sakamoto Days and Build King volume 1 between the first and second weeks of release, but there has been no confirmation of this from official channels.

Furthermore, it’s not that unusual for series to get stronger sales in the second week as word of mouth spreads and reviews appear online, so take this with a grain of salt. Even supposed distributions problems aren’t enough to cover up for the fact that one of these series was simply received better than the other!

You can read Sakamoto Days and Build King for free via VIZ Media. The former is pretty good!