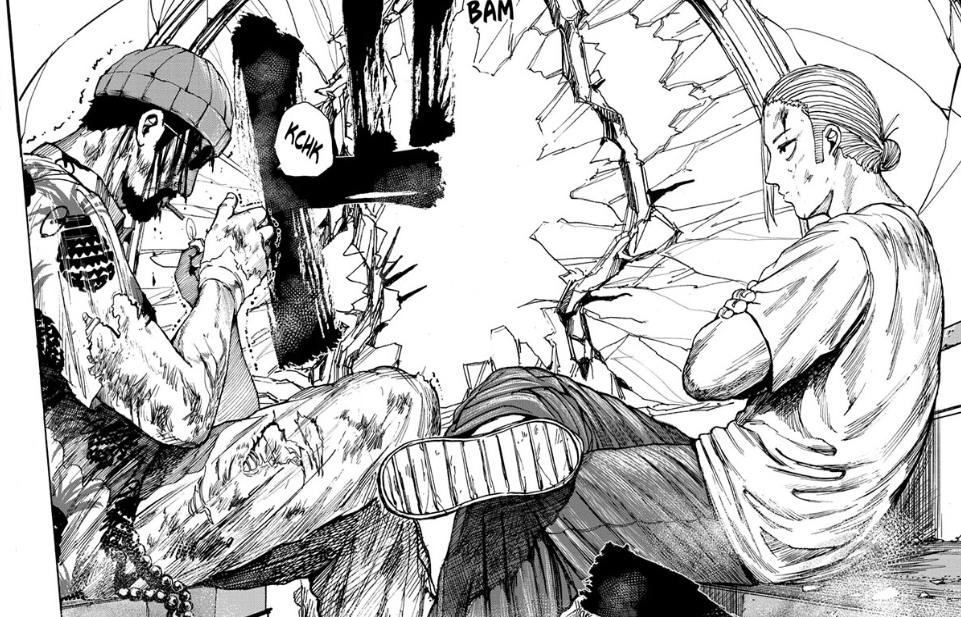 The beginning of a new week can only mean one thing: time for new Weekly Shonen Jump! This is where Jacob investigates the latest and greatest in the magazine, telling you what’s worth your time and what’s not. You can find coverage of other series under the tag Jump Time. Here’s Sakamoto Days chapter 12.

Sakamoto, Shin, and Lu have been trapped in a theme park with a bunch of bloodthirsty assassins for nearly two months now (the arc started back in chapter 7), but that doesn’t mean that the story is getting stale. Far from it. Whether it’s fighting inside a giant fur suit or exchanging blows on an active roller coaster track, Yuuto Suzuki somehow always manages to find new ways to make the story even more exciting each and every week; Sakamoto Days chapter 12 is just the latest example of that.

Before we proceed any further, however, I’d like to apologize to Sakamoto Days for not talking about it since last December.., That’s not a reflection of the quality of the series per se, but more of an indication that it’s been hard to find a good way to talk about it given that every chapter since the debut has been a 10/10: I’d just be repeating myself over and over, saying ‘Wow, this is awesome!’

That being said, Sakamoto Days chapter 12 is awesome, but for one particular reason: the quality of its action storytelling. This is further underpinned by two different ideas that run parallel to each other throughout this chapter: Sakamoto’s ‘thin form’ and Lu’s drunken fist style. We’ll discuss the first idea a little later, but for now, it is worth focusing on how multi-faceted this second idea is. 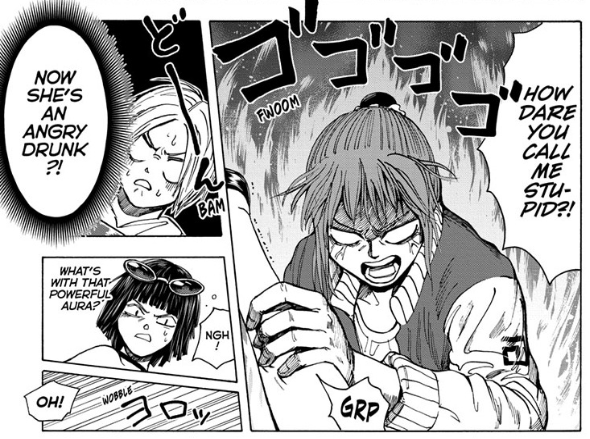 Not only does Lu’s disposition as a drunk change every time she gets hit (first a jolly drunk, then an angry drunk) but this is coupled with Obiguro’s insistence that she hit her every ten seconds, lest Shin get cut up by a chainsaw. This adds an element of tension to the variety that already comes with Lu’s different dispositions, making this martial arts fight in Sakamoto Days chapter 12 wholly different from all of the others we’ve seen so far.

Sakamoto’s thin form, on the other hand, is something that was teased last week and leads to some truly breathtaking action in Sakamoto Days chapter 12. This is less mechanics-focused than Lu’s fight (we’re mostly just in awe of Sakamoto’s true strength the entire time) but does settle the lingering conflict between him and Boiled in a satisfactory fashion. Now that Sakamoto has remembered him, the antagonist is ready to admit that he is ‘the epitome of hard-boiled.’

Indeed, one could also say that Sakamoto Days chapter 12 is the epitome of what this series can achieve when it is firing on all cylinders, and is a strong indication that its core premise isn’t about to get old any time soon. If Suzuki can keep on coming up with ideas such as these, then I may even forgive the fact that he has yet to explain what the thin form actually is!

You can read Sakamoto Days chapter 12 for free via VIZ Media.