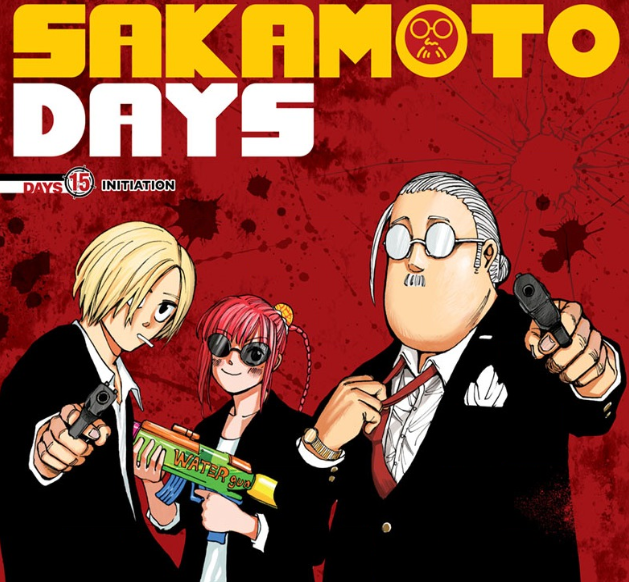 The beginning of a new week can only mean one thing: time for new Weekly Shonen Jump! This is where Jacob investigates the latest and greatest in the magazine, telling you what’s worth your time and what’s not. You can find coverage of other series under the tag Jump Time. Here’s Sakamoto Days chapter 15.

Having put down the assassins that came after him and his family during the Sugar Park arc, Sakamoto now has one aim: track down whoever put this bounty on his head and ask them to stop, pretty please. He’ll have to do so nicely as one of the family rules laid down by his wife is ‘No killing,’ as explained in chapter 2. Aoi is also one of the main reasons why Sakamoto is now trying to do something about it, after her intervention last week. It’s nice to see an assertive female character in a shonen manga. Regardless, Sakamoto Days chapter 15 sees the ex-assassin make some steps towards doing so, but also several steps back.

When the series left off last week at the end of chapter 14, it seemed as if Nagumo (first introduced in chapter 6) had killed all the heads of the Dondenkai: an assassination agency where the previous antagonists came from. Sakamoto Days chapter 15 quickly shows that this isn’t the case, but not without some sleight of hand.

Nagumo then goes to explain why he’s here: he’s investigating a series of murder cases perpetrated against assassins. It isn’t exactly unusual for assassins to kill each other, but this one is a bit different: more than 100 killings have occurred in the past few months, which amounts to about a quarter of the industry. What’s more, the culprit leaves an ‘X’ painted in blood at each crime scene, making it clear that they are very much linked.

Clearly, there is some sort of relation between this and Sakamoto’s bounty, as the killings started around the same time that it was put on his head. Thus, Sakamoto Days chapter 15 is telling us very clearly that the next storyline will be about this mysterious murder case, in order to unravel the mystery behind the bounty. In one fell swoop, then, Yuto Suzuki has managed to combine both a minor and a major narrative thread together. 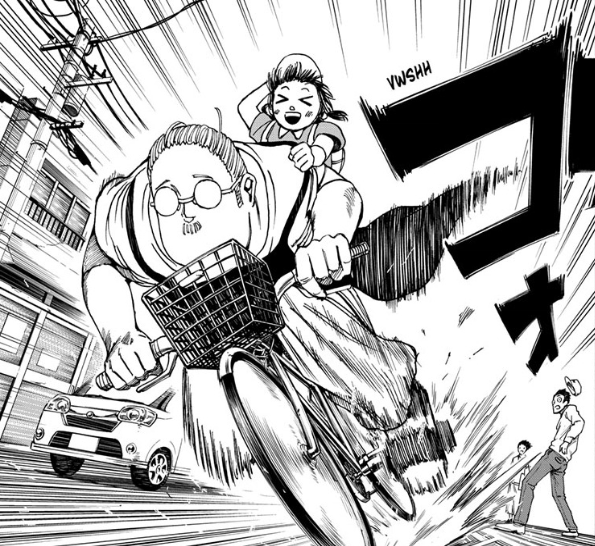 If Sakamoto wants to have any chance of defending himself from assassin attack, however, then he’ll have to do a bit of training. He had to make use of his ‘thin form’ in the battle against Boiled, after all, so a bit of cardio on the bike it is. Shin is also trying to hone his mind-reading skills to play his part in better supporting the boss, so he’s putting together customers’ shopping baskets as soon as they come in. Lu tries to do something too, but ends up taking the wrong advice from Shin and getting blackout drunk.

As a result, while Sakamoto Days chapter 15 doesn’t definitely answer the question of who placed the bounty on Sakamoto’s head, it does lay out a clear path for doing so. Furthermore, Nagumo’s introduction of The Order (an elite group within the Assassin Association that Sakamoto used to belong to) makes it clear that we are going to see even more powerful characters in the future. I’ll certainly be looking forward to that.

You can read Sakamoto Days chapter 15 for free via VIZ Media.