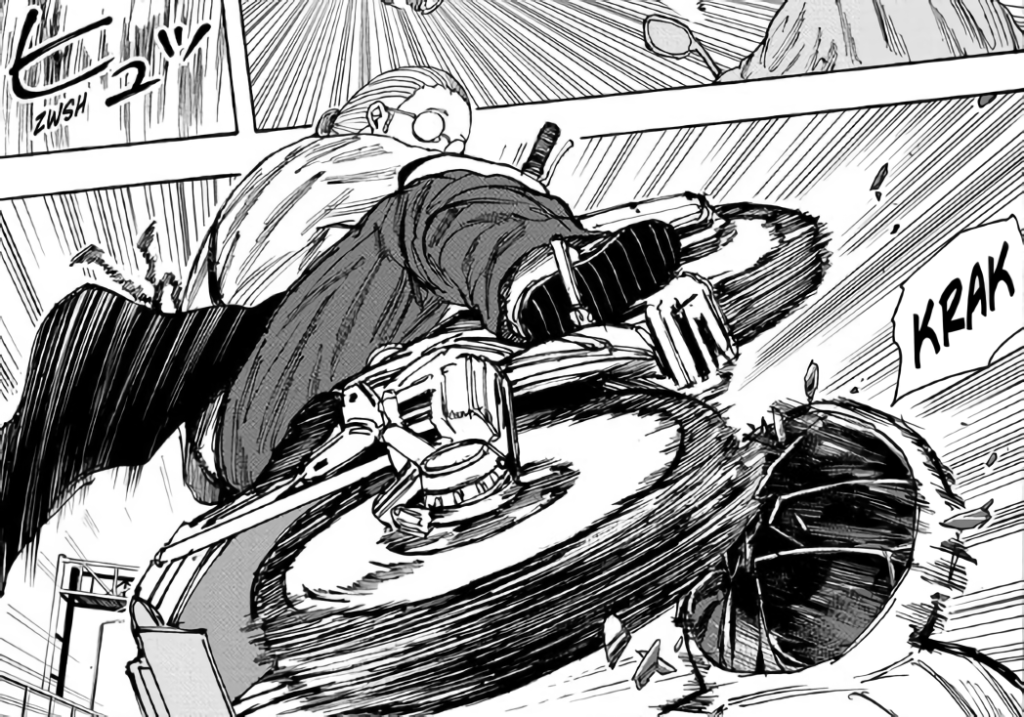 The beginning of a new week can only mean one thing: time for new Weekly Shonen Jump! This is where Jacob investigates the latest and greatest in the magazine, telling you what’s worth your time and what’s not. You can find coverage of other series under the tag Jump Time. Here’s Sakamoto Days chapter 20.

As a wise man once said: ‘Car chase city, that’s the name of the game.’ Just the final panel of last week’s chapter with Lu kidnapped and Sakamoto and Shin on the way to retrieve her on a motorcycle was enough to get me absolutely pumped for Sakamoto Days chapter 20, and I’m happy to say that it didn’t disappoint: not only it delivered a fantastic action scene but it was also great setup for an exciting new story arc.

Admittedly, Sakamoto Days chapter 20 isn’t technically about a car chase per se given that Sakamoto and Shin are on a motorcycle, but forgive me for twisting the truth to include a Tenacious D reference.

Technicalities aside, this chapter is just yet more proof that series author Yuto Suzuki has an iron grip on all kinds of action: we’ve already seen how well he can convey martial arts, but he’s also able to keep track of the moving parts of a high-speed chase rather well. The part where Shin asks a friendly old man if he can use a piece of wood from his truck to wreck one of Lu’s kidnappers is particularly good. 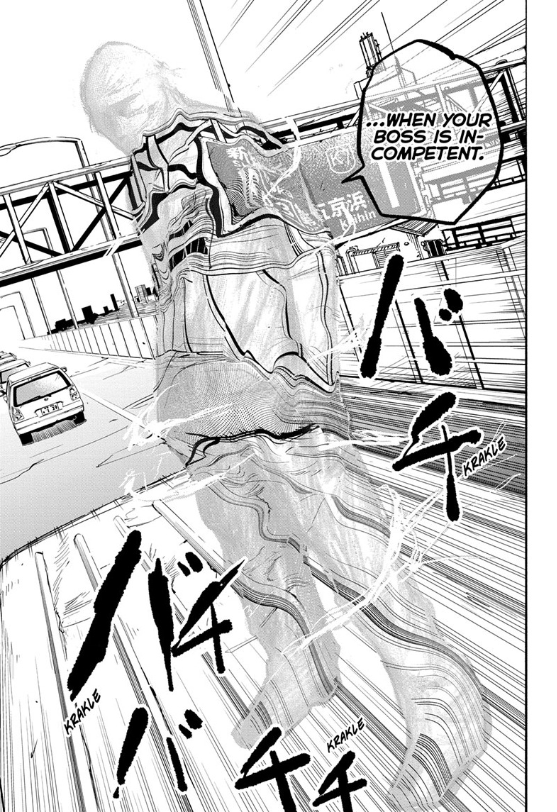 Of course, this is Sakamoto Days, so it’s not as if everything is grounded. Chapter 20 introduces us to yet another foe with superhuman abilities: his name’s Seba, and he’s part of the lab where Shin was raised and given mind-reading powers. His ability to turn invisible eventually gets the better of Sakamoto, bringing the high-speed chase to a close.

Still, it’s not as if they’re back to square one: Shin knows where the lab is, so that’s where they head to rescue Lu at the end of Sakamoto Days chapter 20. It’s in the basement of a local science museum, by the way, which should make for quite an interesting setting. Plus, the world’s dumbest assassin Hiesuke Mashimo is back from the last arc, so all the pieces are in place for a truly exciting new arc.

You can read Sakamoto Days chapter 20 for free via VIZ Media.