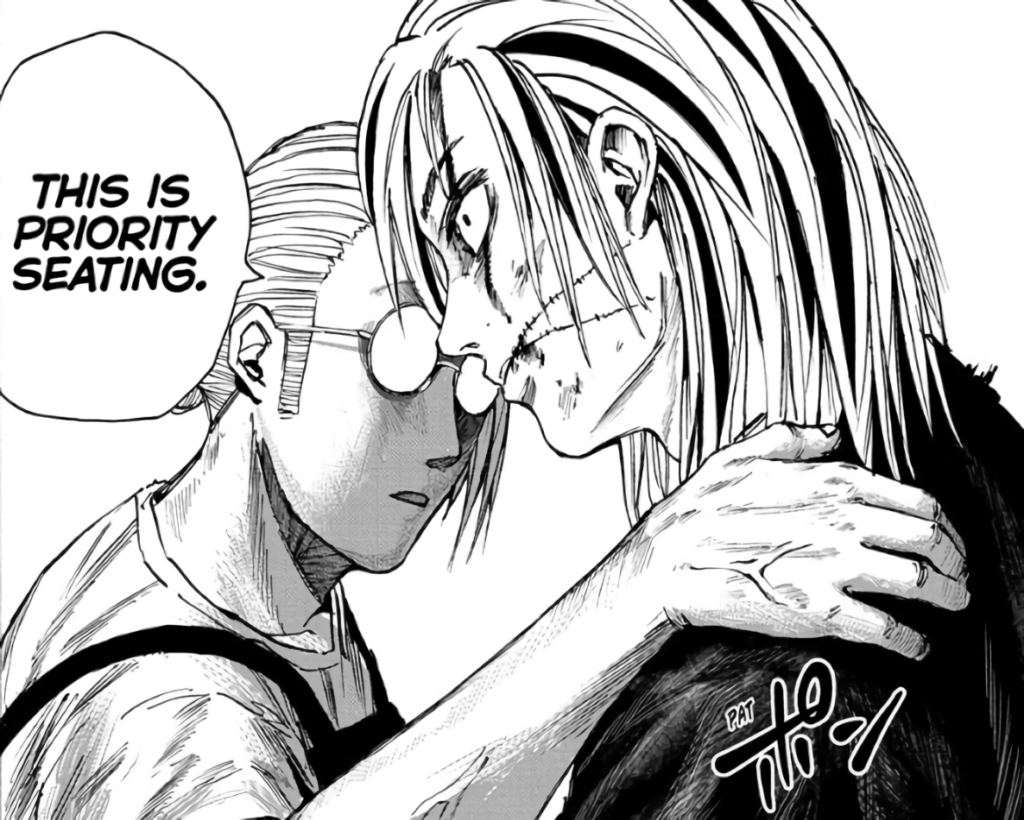 The beginning of a new week can only mean one thing: time for new Weekly Shonen Jump! This is where Jacob investigates the latest and greatest in the magazine, telling you what’s worth your time and what’s not. You can find coverage of other series under the tag Jump Time. Here’s Sakamoto Days chapter 30.

Imagine that you’re on the train going to work. Bleary-eyed, you somehow manage to find a seat among the multitude when suddenly, something zooms past that looks suspiciously like a man in an apron. You’re not sure, though, so you return to your favorite gacha game unperturbed.

Such is the situation that Sakamoto Days chapter 30 explores, albeit from the opposite perspective. Sakamoto and Kashima are duking it out on a train carriage, but Sakamoto is doing his utmost to make sure that it doesn’t disturb the other passengers: the result is an action-packed installment that leans even harder into the series’ stylistic sensibilities than previously thought possible.

One of the biggest comparisons that Sakamoto Days has always inevitably drawn is that of John Wick. That isn’t just because both series follow former legendary hitmen, but because both of them enjoy a penchant for hyper-stylized violence: whether it be shooting people by neon light or confusing left from right, Sakamoto Days chapter 30 is clearly no exception. 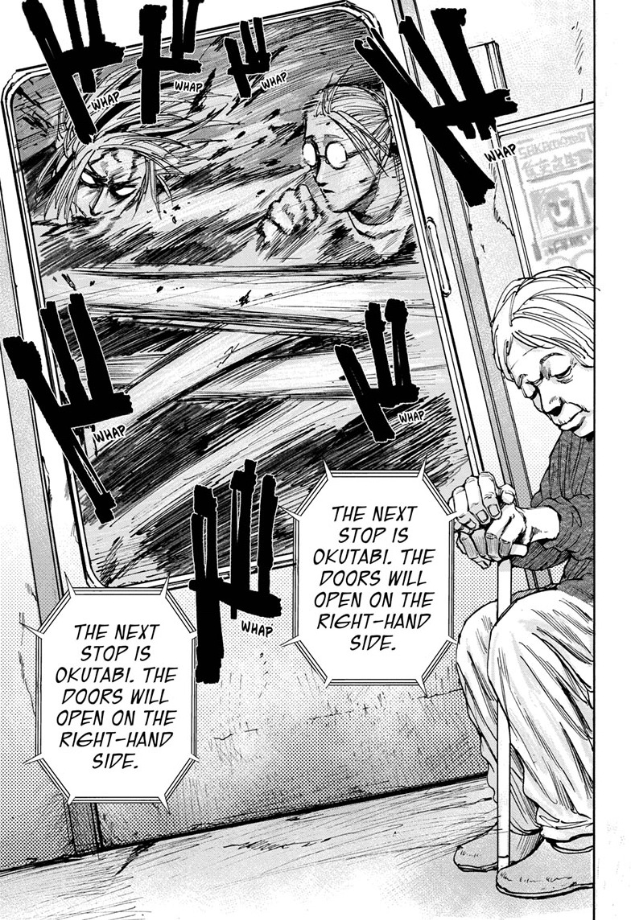 There was absolutely no reason for Yuuto Suzuki to lean this hard into a central concept, but it sure does make for some entertaining reading. Probably the best bit comes towards the beginning, as Sakamoto shoves Kashima to the side to let an old lady sit down. ‘This is priority seating,’ he remarks, before proceeding to beat the crap out of him in the divider between carriages.

Things get even more absurd in Sakamoto Days chapter 30 when Kashima manages to blast Sakamoto out of the window and into another incoming train. He thinks he’s safe for a solid beat, before Sakamoto reappears from the door next to him: he somehow managed to run the entire length of the passing train fast enough to make it in time to jump into the other one. Absolutely bonkers stuff.

Arguably, the action in Sakamoto Days chapter 30 is so bonkers that it ends up overshadowing the honest work that Yuuto Suzuki is also doing to flesh out Kashima as a character. Who cares why he’s serving under the mysterious ‘X’ when Sakamoto is literally jumping between high-speed trains? Not me, that’s for sure, although it’s a welcome afterthought.

Sakamoto’s ‘thin form’ also still needs to be explained, but that’s a minor point. In all good time…

You can read Sakamoto Days chapter 30 for free via VIZ Media.