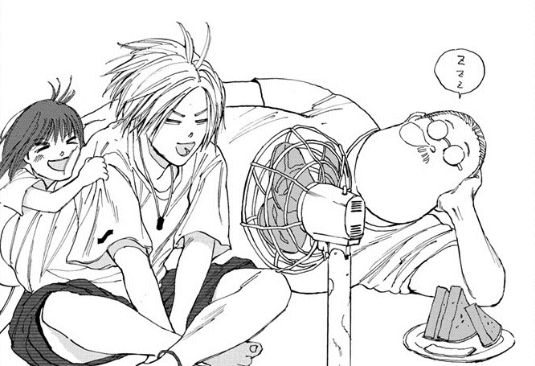 The beginning of a new week can only mean one thing: time for new Weekly Shonen Jump! This is where Jacob investigates the latest and greatest in the magazine, telling you what’s worth your time and what’s not. You can find coverage of other series under the tag Jump Time. Here’s Sakamoto Days chapter 32.

Where do you go following a tough mission? Why, the bathhouse of course, but the problem in Sakamoto Days chapter 32 is that the titular character’s relaxing excursion also provides the perfect opportunity for an assassination attempt.

The kind of high-concept action that we last glimpsed in chapter 30 is also present here, albeit in a different form. Last time, it was all about trains and commuting, while here it’s about bathing and relaxation. Sound ridiculous? Yeah, it is.

As soon as third-rate assassin Yutaro locks eyes with the former legendary hitman in Sakamoto Days chapter 32, he reckons that this is his big chance. He took the liberty of installing several booby traps while helping to run the baths that his parents own, but none of them seem to work very well: when he activates the lethally powerful jacuzzi jets, for example, Sakamoto’s flabby body just absorbs the shock. He and Shin even appear to enjoy the sauna that’s said to be so hot that it causes spontaneous human combustion. 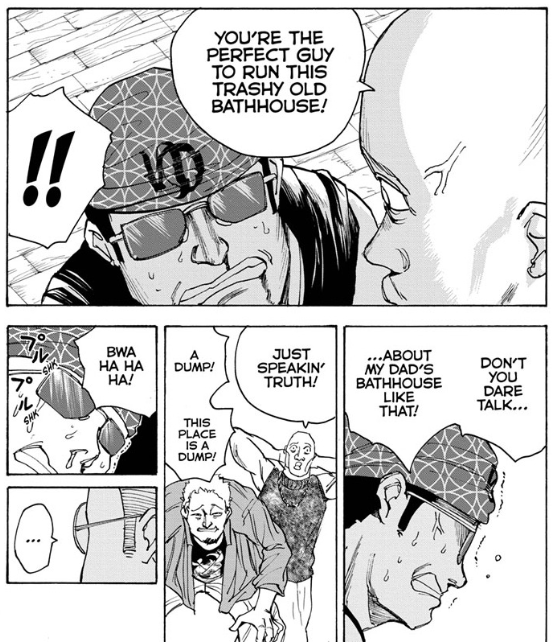 Much of Sakamoto Days chapter 32 is therefore dedicated to various bathhouse-related assassination gags, but Yuuto Suzuki somehow also managed to fit in an arc for the antagonist. At the very end, some of Yutaro’s old classmates turn up to mock him for not making it as an assassin like he said he would, which makes him realize what he truly values in life. Getting saved by Sakamoto also goes to further cement just how big the gap between him and the top of the assassin world truly is.

It is worth pointing out that even when Yutaro rings his dad to say that he’ll take over the family business, he’s told that he has ‘some nerve.’ Nevertheless, this just serves to round off what was already an excellently crafted comedic chapter with yet another laugh out loud gag.

We don’t quite know what’s next for Sakamoto and the gang in terms of the overall narrative, but Sakamoto Days chapter 32 provides some much needed R&R in the meantime.

You can read Sakamoto Days chapter 32 for free via VIZ Media.