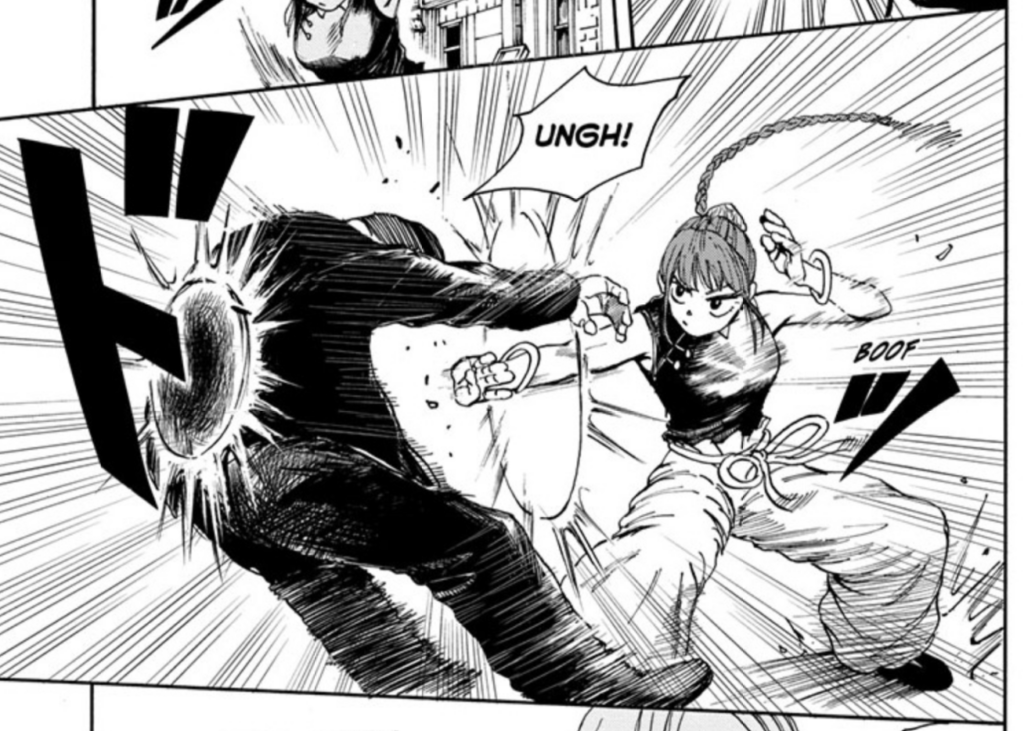 The beginning of a new week can only mean one thing: time for new Weekly Shonen Jump! This is where Jacob investigates the latest and greatest in the magazine, telling you what’s worth your time and what’s not. You can find coverage of other series under the tag Jump Time. Here’s Sakamoto Days chapter 4.

Yuuto Suzuki continues to impress me with his big Weekly Shonen Jump debut. Sakamoto Days chapter 1 was an absolute breath of fresh air, especially considering what it launched against, and chapter 2 continued the good work with an inventive set piece and character back story. Chapter 3 was also good, but not good enough that I thought it appropriate to include the series three weeks in a row. Sakamoto Days chapter 4, however, is a little different.

For starters, the setup immediately pulled me in. Sakamoto and Shin are on their way back from Niikita Chinatown, having stocked up on the store’s supply of ‘Divine Pork Buns,’ and my mind immediately went to Chinese martial arts and the triad.

I was exactly right. Not a couple of pages later, a young lady named Lu in a China dress jostles the two men and gets them involved in some sort of gang war that then explodes out of control and ultimately leaves off inconclusively. It’s absolutely textbook stuff, but in a good way.

Since the very beginning, Sakamoto Days has worn its influences on its sleeve: John Wick, SPY x FAMILY, The Way of the House Husband, to name but a few. This could give the impression that the series is a simple ripoff, but what matters is how it combines and utilizes these influences. I, for one, believe that Yuuto Suzuki is doing so in the right way.

Take the elements that Sakamoto Days chapter 4 very clearly borrows from old Hong Kong martial arts movies, for example. At the end of the day, Suzuki is doing this not in order to tell the same story as those movies, but the story of Sakamoto: the stereotypical sword-wielding villains of Son Hee and Bancho are just vehicles through which his legend can be told. This is made even more effective by using elements that the user is familiar with, such as the damsel in distress and a gang war.

Even those familiar elements are twisted to conform with the setting. Sakamoto’s eventual decision to help Lu comes not from the goodness of his heart, but from the fact that she can make pork buns. As usual, the store comes first. All in all, Sakamoto Days chapter 4 is just another brilliant installment in a series that you should be checking out.

You can read Sakamoto Days chapter 4 for free via VIZ Media.