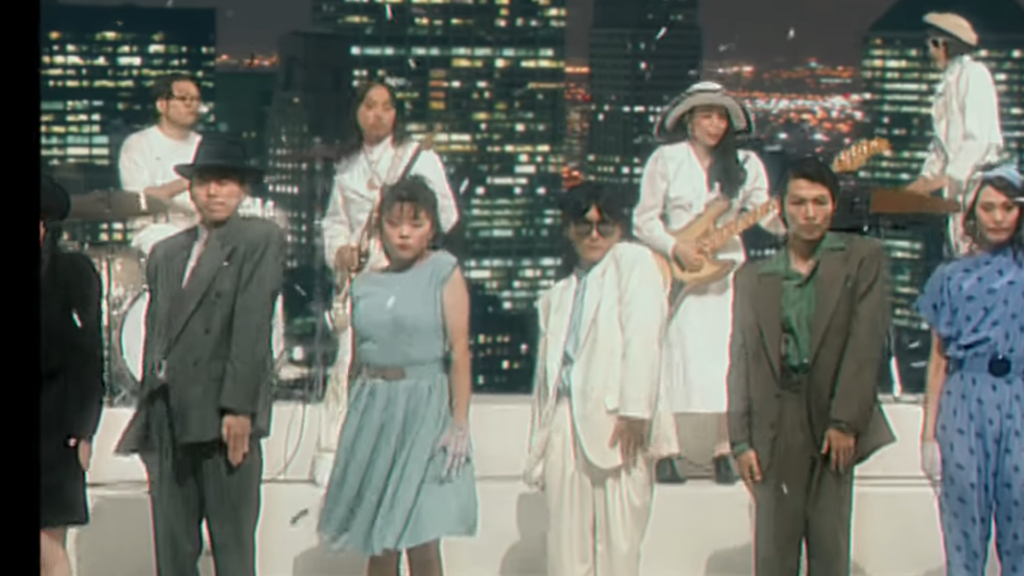 It was a long six years in between Sakanaction’s self-titled album and they’re newest offering “834.194” which dropped last week. They’ve never quite disappeared, releasing singles and doing commercial work in the meantime. However, it wasn’t until “Nylon No Ito” came out earlier this year that we were sure “834.194” was actually happening. Our latest weekly music round-up touched upon the new album, confirming that the eclectic group still have their touch. However, if you’re not sure that you’re ready to commit to an entire double album and want a taste before devouring the full meal, we recommend you peep this new video for the album’s intro track “Wasurerarenai no”.

Big suits, palm trees, and sweet VHS footage; Sakanaction are taking audiences back to Japan’s Bubble era on “Wasurerarenai no”. You wouldn’t call the song, nor the rest of “834.194” for that matter, a full City Pop revival, but the track definitely takes some cues for that era of music. A laid back vibe, bright retro synths, and a jazzy underlying groove color a vivid picture that the music video matches perfectly. This song’s definitely a perfection addition to your summer playlists. It screams cool days at the beach and hot nights at the discos.

Sakanaction has definitely gotten less abstract over time; the new album some of the band’s most accessible work. It’s the perfect introductory point to the group that has so successfully blended live instrumentation and electronics that sometimes you can’t tell the difference. “Wasurerarenai no” is emblematic of where the group’s been headed all this time. If you’re already a fan, great, this’ll be a welcome addition to your rotation. If you’re not? Go ahead and give this one a shot.

You can listen to “Wasurerarenai No” and the rest of “834.194” via all major streaming services now.

Sakanaction’s bid to be Japan’s Next Greatest Rock Band

After a Long Wait, Sakanaction Return With “Nylon no Ito”