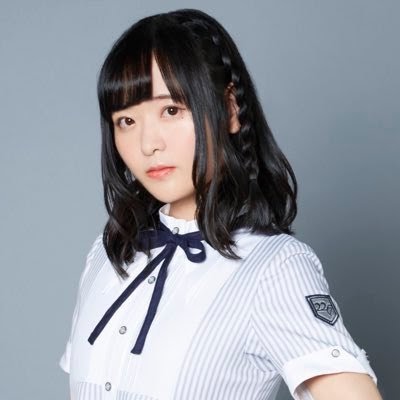 Sally Amaki, most known for her role as Sakura Fujima in the idol group 22/7, is a Japanese-American voice actress/idol. She started working as a voice actress in 2017, and she landed her first major role in the 2018 film Pandora to Akubi. While she is still a relatively new face in the industry, her overseas popularity has elevated her to a well-known status amongst anime fans.

What Made Her Want to Become a Voice Actress?

Gintama. Well, more specifically, Tomokazu Sugita’s role as Gintoki. As a self-proclaimed Gintoki Enthusiast, Amaki has made her love for the series and its lazy but deadly White Yaksha very apparent. Her love for the show and Sugita’s performance in it inspired her to move to Japan to make her dream come true, showing that the shows you were obsessed with in middle school can impact your adult life.

What Has She Been In?

Her career is still pretty fresh, but she has a few roles under her belt. She performed as an extra in the diving anime, Dive!!, Betsy Beltoise in Kaguya Sama: Love is War, and Akubi in Pandora to Akubi. Her most recent role is in the Madoka Magica mobile game Magica Record, where she voices Ashley Taylor. However, her most popular role is as Sakura Fujima in the idol group 22/7.

22/7 is a virtual idol group that features the talents of Amaki and 10 other voice actresses. These voice actresses are assigned to a certain member in the group, and they do live streams with the 3-D models of the characters, while the voice actresses are set up with the motion capture technology in the back. They have their own show on their website and also upload videos on their YouTube channel. 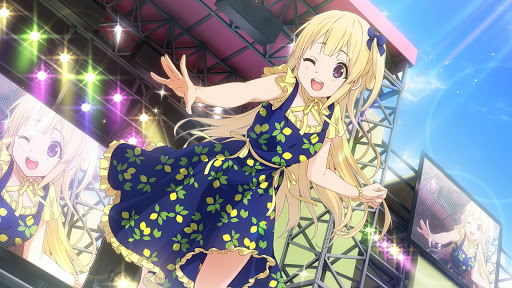 What Makes Her Stand Out?

When it comes to female idols, fans tend to focus on their appeal, be it sexy or cute. However, Amaki’s appeal is that she’s so relatable and open about her journey. Her personality is a key reason why so many fans enjoy following her on social media.

She’s Open About Her Struggles

When she was trying to become a voice actress, she was rejected a lot because she didn’t know how to use the proper honorifics. She buckled down to study, and it all paid off when she became a member of 22/7. However, being an idol was never in Amaki’s plan.

As an introvert, Amaki is very nervous when it comes to meeting new people. When she got the role to be in 22/7, she was blindsided by the description of the actual job. She thought she was going to voice a character in an idol anime, not be the character, but she took the job nonetheless.

The job of an idol has taken its toll on her. She struggles with Social Anxiety Disorder and usually tends to sit out of the group’s meet and greet events. This makes her even more relatable to people just like her who would rather die than talk to strangers. It also gives hope to fellow introverts who want to be famous, but can’t fathom interacting with strangers.

Her bilingualism, while it’s a very common skill in her hometown of Los Angeles, is considered rather rare in Japan’s voice acting industry, and it piqued the interest of fans from all over the world due to her different ways of expressing herself in each of her languages.

When she speaks English, she’s chill and talks about memes, and when she speaks Japanese, she keeps up a cute idol image. It’s like seeing the difference between someone’s customer service voice and their actual voice.

She is aware of this; she has stated that if she speaks English for too long, her actual self comes out, and that can’t happen or else it’d destroy her cute idol image. However, if her actual self is the one from her early videos on the SHOWROOM app, where she talked about her Tumblr accounts, memes, and how much she misses Taco Tuesday and Girl Scout Cookies, we don’t think it would be a big deal.

It actually makes her one of those rare idols that a global audience can send interactions with and not lose things in translation.

Amaki takes it upon herself to update fans with English translations of 22/7’s official posts, since they don’t have an official English account as the group’s overseas representative. She has also been helping the other members practice their English, and they’ve gotten more confident in their skills. This was shown in their 2019 appearance at Crunchyroll Expo.

Her Love For Memes

She’s called herself the Meme Principal before, and there is a video of her dabbing and Naruto running on SHOWROOM. She’s also posted a tutorial on how to turn yourself into a meme by using Photoshop and other photo editing software. Not only that, but she uses memes in her social media posts which bring laughs.