Is Samurai 8 A Worthy Follow Up Manga To Naruto? 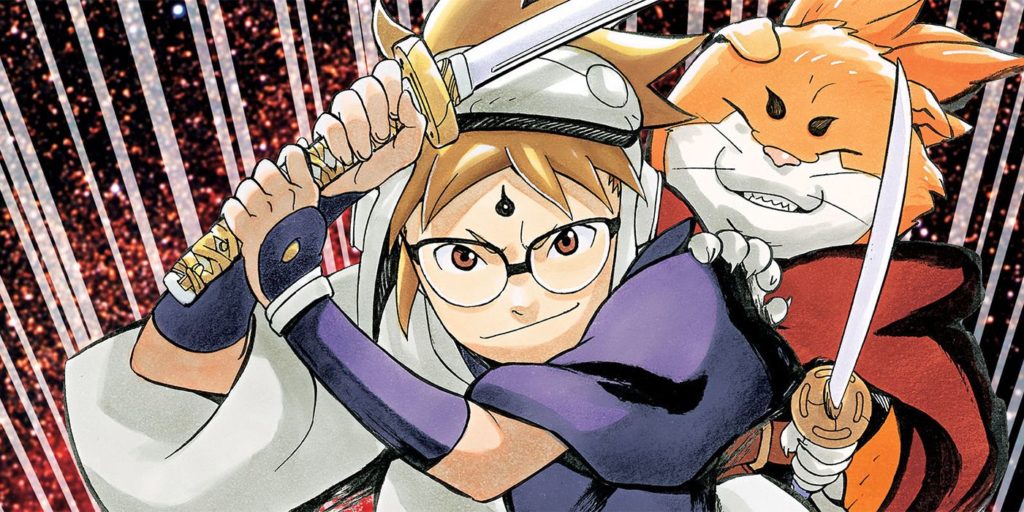 Samurai 8 is the newest manga by Naruto creator Masashi Kishimoto. After a several-year creative absence after finishing up his signature Ninja comic in 2019, the revered Kishimoto finally returned to the pages of Weekly Shonen Jump with the long-awaited Samurai 8: The Tale Of Hachimaru. This time around, he’s given himself a break though only writing the story and tapping his long time assistant Akira Okubo to do the art.

Shortly after Naruto finished Kishimoto announced he was working on a new title and that it was going to have sci-fi elements. However, between planning out Boruto and taking a well-earned rest after 15 years of rigorous weekly publishing, Samurai 8 had some time to churn before finally being published in the legendary shonen magazine. Now that it’s finally been running for nearly a year, we want to check in to see where it’s at.

Unfortunately, so far the reception has been pretty mixed. Samurai 8 shares some in common with its predecessor, incorporating elements of traditional Japanese culture in but many find it lacks its punch and its charm. Akira Okubo does a good job of emulating Kishimoto’s style to a point and the linework is clean, but the penmanship also comes across as not quite there yet.

While so far Samurai 8 hasn’t become an immediate smash hit following the footsteps of its older brother Naruto, that doesn’t mean all hope is lost. With only 40 chapters under its belt, at the time of this article’s writing, the story has room and time to grow.

Naruto ran for a full 15 years and didn’t get its world-famous anime adaptation until 3 years into its run, and another two following that before it made it overseas. Here’s hoping Masashi Kishimoto and his former assistant turned main artist Akira Okubo can figure out how to make this futuristic adventure comic a success.

A Proper Intro To Samurai 8: The Tale Of Hachimaru

We’ve talked about who’s making Samurai 8: The Tale of Hachimaru and how its yet to capitalize on admittedly some high expectations. A lot of you may be interested despite some mixed reviews due to it being a Kishimoto manga alone, or maybe the premise of a sci-fi samurai comic tickles your fancy. Twisting up some futuristic and traditional elements and blending them into something, Samurai 8 at least has some ambition going for it.

As the full name of the manga suggests, Samurai 8 finds its Shonen Jump protagonist in Hachimaru. The boy spent the majority of his life at home hooked up to a giant medical device, told he wouldn’t be able to live without consistent treatment. Until the start of the comic Hachimaru spent a lot of time playing as a Samurai in virtual reality video games, but that all came to an end.

Read the work to get full details, but essentially after meeting a sensei looking cat, Hachimaru becomes a cyborg Samurai and sets out on a space adventure hunting down keys to accomplish some shonen type goal. Along the way, he meets a Princess, who in this world often travels with Samurai to accomplish a common goal, and is starting to meet a host of other colorful characters along the way.

You have your action, your melodrama, and your unique setting to boot. Samurai 8 is trying its hardest to incorporate modern elements into the Shonen formula and not come off as a clone of its predecessor. With a new generation of Jump comics like Demon Slayer leading the chart, Kishimoto knows he’ll have his work cut out for him to make Samurai 8 a success.

Where Can I Read Chapter 1 Of Samurai 8?

Despite physical copies of Samurai 8 in English not hitting shelves till March 2020, it’s actually quite easy to read the manga online legally!

Since its very beginning Viz Media and Japanese publisher Shueisha, who puts out the actual Weekly Shonen Jump magazine, have been releasing new chapters of the comic on both the English Weekly Shonen Jump App as well as Manga Plus. While you can read the latest chapters for free on Manga Plus, we recommend buying into the Weekly Shonen Jump app which will set you back a staggering $1.99 a month.

For real we weren’t paid to write this endorsement or make sponsored content for Viz; In our honest opinions, the Weekly Shonen Jump app is the best deal a manga fan could ever ask for.

For just 2 bucks a month you get access to the entire catalog of new Jump manga like Samurai 8, Chainsaw Man, and Demon Slayer, as well as the classics like Dragon Ball, One Piece, and of course Naruto. With thousands of chapters in the catalog and new entries being added weekly, once you start you won’t have to stop.

Samurai 8
NarutoSamurai 8: The Tale of Hachimaru
Join Our Discussions on Discord
Join Now