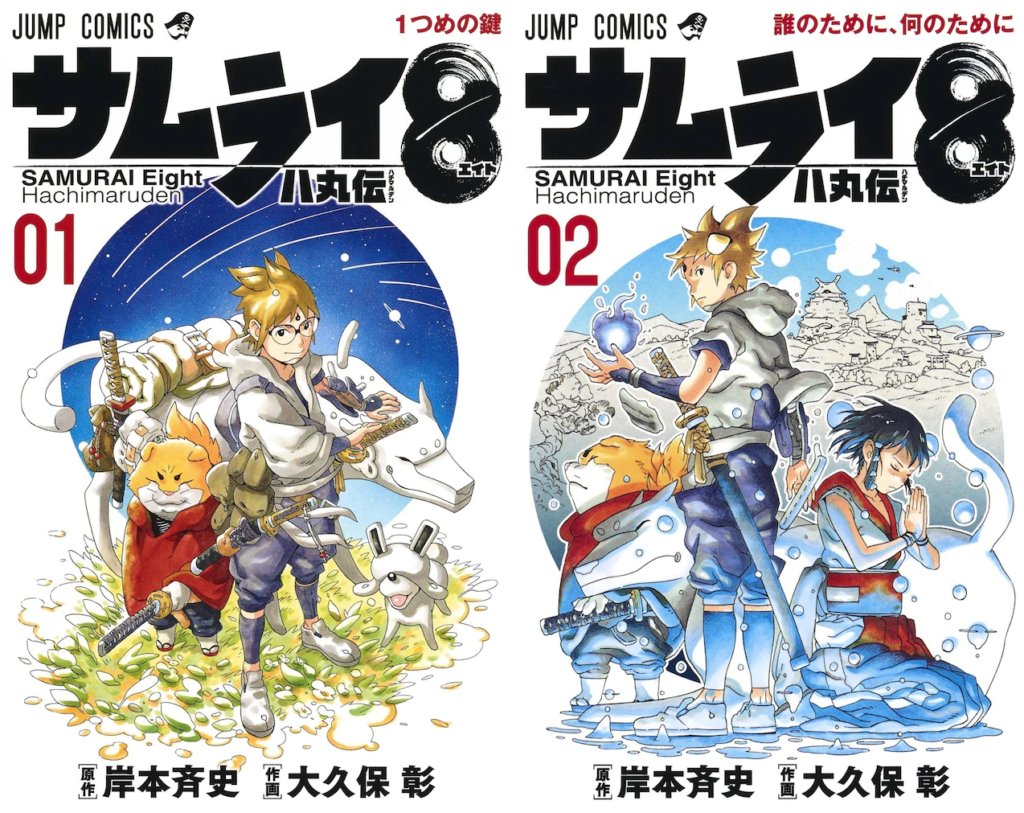 Today saw Oricon update their weekly comic rankings, showing how poorly Masashi Kishimoto’s new series Samurai 8: The Tale of Hachimaru is doing in terms of sales alongside other, more innovative series such as Kimetsu no Yaiba and SPY x FAMILY.

Samurai 8’s sales were so disappointing that it didn’t even manage to enter the top 30 on Oricon’s chart. Looking at the numbers, we can see that volume 1 and volume 2 – released together at the same time on October 4 – barely managed to break 20,000 units. That’s certainly a far cry from the massive numbers that Kishimoto manage to shift back during the Naruto days.

What makes Samurai 8’s sales appear even worse is how they stack up in comparison with newer series that are headed up by less experienced authors then Kishimoto. Koyoharu Gotouge’s Kimetsu no Yaiba absolutely dominated the rankings this week, with almost every single volume in the top 30 and the latest volume 17 managing to shift a whopping 368,502 units. It was only beaten out by One Piece volume 94, but that’s hardly a fair competition.

To a certain extent, Kimetsu no Yaiba’s sales were to be expected. The anime has just ended, so there are no doubt many anime-only watchers who decided to jump into the original manga to continue on with the story. Studio ufotable’s anime has also served to raise the profile of the original manga and its author – especially the recent anime movie announcement – which also meant that Koyoharu Gotouge’s short manga collection managed fifth place at 94,166 units sold.

But what lies above the Gotouge collection at fourth place paints Samurai 8’s sales in a very bad light. SPY x FAMILY volume 2 managed to sell over 100,000 units, with reports coming in that the series as a whole has managed to achieve 800,000 units sold both in paper and digital. All that from a series published exclusively via the digital Jump Plus and from a relatively unknown author.

Given all this, it’s certainly safe to say that Masashi Kishimoto’s Samurai 8: The Tale of Hachimaru is not in a very good place right now. Not only have its sales been incredibly disappointing given Kishimoto’s status as a mangaka, but it’s also been hanging around the bottom of the Weekly Shonen Jump table of contents for weeks now, meaning that it’s not performing very well on the weekly reader surveys.

This poses a very valid question: why? Why is an author so successful as Kishimoto performing so poorly on all fronts?

The answer, I believe, is obvious to anyone reading the series. Every week and with each chapter, Kishimoto is proving himself more and more to be an author out of touch, out of place, and out of time.

Aside from his over-reliance on shonen conventions and formulas, Kishimoto has been making some really stupid decisions these past couple of weeks. You can read my review of the latest chapter 21 to get a taste of that.

Samurai 8’s flaws are increasingly obvious when put against the aforementioned newer series. Both Kimetsu no Yaiba and SPY x FAMILY are just bursting with new ideas and new approaches, which consumers are rewarding with good sales. Kishimoto, on the other hand, has been thoroughly rejected.

Given this, how likely is it that Samurai 8 gets axed fairly soon? I’d say quite likely. Even someone as legendary as Kishimoto can’t escape the machinations of consumer manga publication – especially when his sales are so shockingly low.