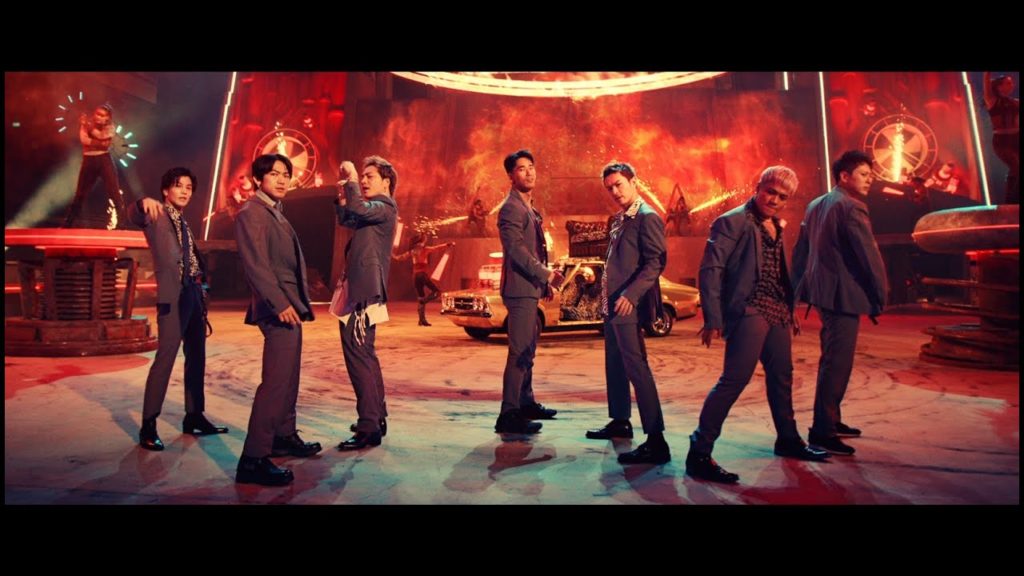 The secret to comedy is timing. I’m getting a bit ahead of myself on that front, though. First, let’s get to the facts about the latest single from J-pop outfit Sandaime J Soul Brothers from EXILE TRIBE. “Scarlet” finds the biggie-sized group teaming up with DJ and producer Afrojack for the second time in their career, following 2015’s “Summer Madness.” Back then, the Dutch electronic artist featured prominently in the video, but this time around he’s strictly present via the music.

Instead, for this clip, the Soul Brothers themselves head to Macau for a night of decadence and dates. It’s a nice bit of fantasy for us common folks, but comes with a nice twist at the end (again, a little premature on my part). Watch the clip below.

Clocking in at nearly seven minutes and thirty seconds, the video for Sandaime J Soul Brothers from EXILE TRIBE’s “Scarlet” features a long intro and outro. The song itself, though, manages to be plenty slow-burning on its own. The song starts with some sparse piano melodies before slowly introducing more electronic elements as the tempo rises up. Then it hits that sweet spot in the center that also doubles as a clear sign that Afrojack helped piece this together in some capacity. Part of that involves this not simply settling for a big cinematic lift off but also working in more bass-centric sections to keep the energy going. It’s pretty much in the group’s wheelhouse, and I’d personally peg it ahead of “Summer Madness” but still a slot below their EDM-tinged masterpiece.

The video finds the group just living while at the Studio City casino and hotel in Macau (which, aside, is currently running a “GO ANIME” promotion that implores visitors that “it’s time to go anime”). The idea here is that each member of the group goes on a date with the same woman, and mostly have a good time and look great doing it (also they dance in front of a fire at one point). The twist — and it’s good! — comes at the end, when they use that slow build-up to reveal that all these encounters with the woman went horribly wrong, complete with zany sound effects and mishaps. It makes the clip a winner, while also having some fun with the group’s image while still retaining their strong points.