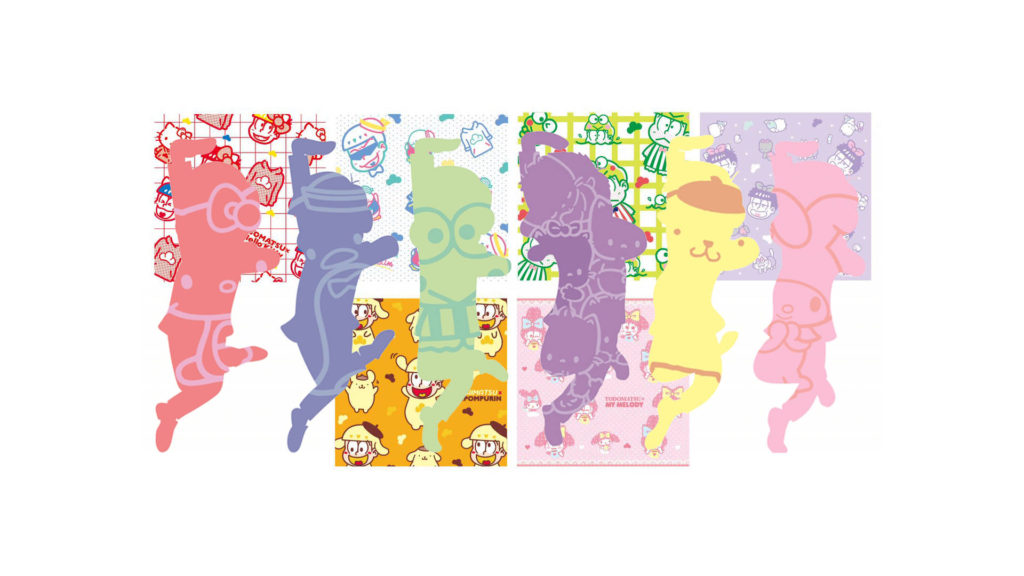 While I can’t necessarily say that the Sanrio craze is at an all time high, I can definitely say that the company has been pulling some really big moves in the last few years. Whether you’re familiar with Sanrio as a company or not, you’re most definitely familiar with their characters. From Hello Kitty to Gudetama and even the adorable Little Twin Stars, I’m not kidding when I say they’re a pretty big deal. This is especially prevalent here in Japan where the company still commands a dedicated nationwide following.

In a successful bid to remain culturally relevant in Japan’s ever-evolving society, Sanrio often finds itself working alongside popular animated series for collaborative merchandise. One of my favorite examples of this is the Osomatsu-san collaboration that took place in Japan at the start of 2017. For this project, the company worked closely with the anime series to capture each of the ‘Matsu brothers personalities within a Sanrio character. The collaboration even fabricated it’s own story, which followed each brothers desperate ploy to find a girlfriend. After they witness the impressive sway of the Sanrio characters, they approach Prof. Dekapan begging him to craft a transformative potion allowing them to become the embodiment of Sanrio characters.

It’s a super cute addition to the already great story of Osomatsu-san, and is exactly the kind of thing I like to see. I’ve gone ahead and embedded the video below:

Now I’m not saying that Twitter holds the same value as something like an official financial report, but if the official Yuri!!! on ICE Twitter is anything to go by, then there’s a strong chance Sanrio has found it’s next big collaboration. Pairing up with the popular animated series, the initial collaboration announcement tweet would go on to reach over 21,000 favorites and almost 18,000 retweets without any details actually being shared. That’s an undeniably impressive feat for both parties involved. This also coincides with the announcement of the upcoming Yuri!!! on ICE film that series creator Sayo Yamamoto is currently hard at work on.

So what comes next for the beloved, now almost 57 year old company is a mystery. Over the past weekend I took the opportunity to visit a few of their character stores in Harajuku, where the flow of both locals and tourists was consistently busy. The little things such as Facebook and Line stickers are certainly helping revitalize and develop the companies international following, though it would certainly be great to see a few more collaborative projects make it overseas. If you’re ever in Japan and get the opportunity, be sure to check out what’s happening in the world of Sanrio, as there’s a strong chance that there will be a collaborative event going on.

If you want to stay up-to-date with all things Sanrio, be sure to check out their official Twitter, here.