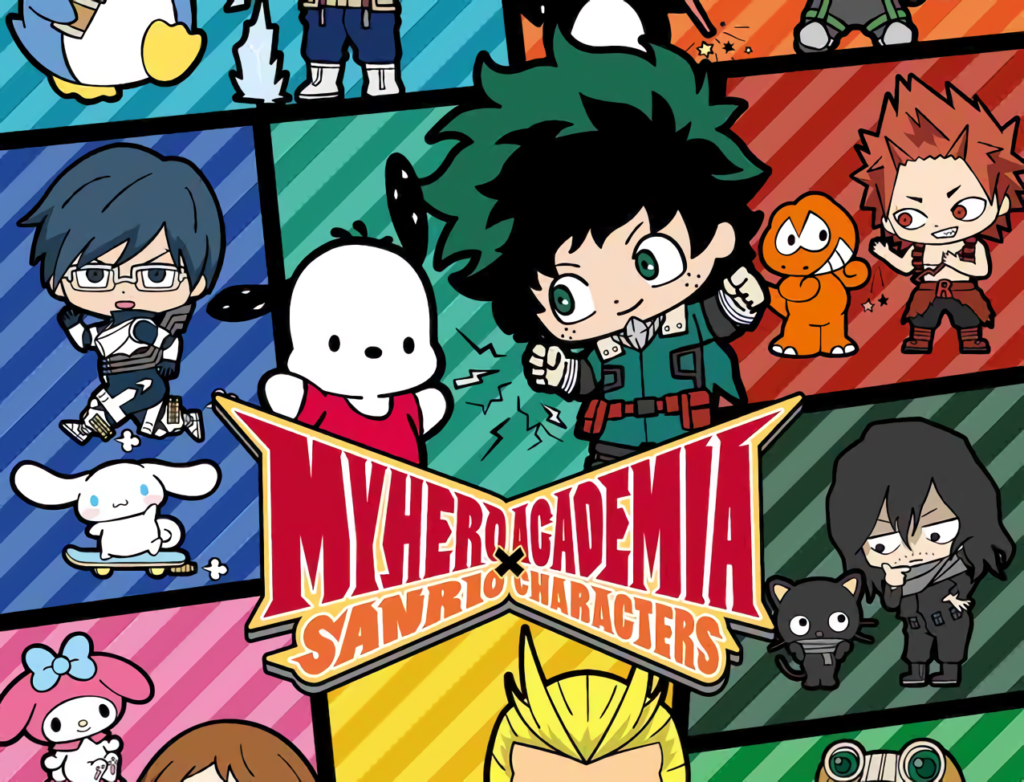 Studio Bones-produced anime My Hero Academia has reached a pretty high peak in popularity, and a long one at that. I think we can all agree that My Hero Academia blew up an unprecedented amount in both Japan and the West in the past couple of years, especially with the release of the anime. Countless fans have reserved a spot in their top 3 anime list for My Hero Academia, and many people have cosplayed the characters and made some really impressive fan art of them.

Along with the continuation of the anime and its ever-growing fanbase, many different merchandise brands have taken it upon themselves to create their own original goods as their contribution to the series. This time around, classic cute-character brand Sanrio and merchandize wizard Toho Animation have announced that they’ll be coming together for a collaborative campaign that combines My Hero Academia and Hello Kitty and Friends characters.

In this collaboration, the artists at Sanrio have drawn Sanrio-ized, chibi versions of some of My Hero Academia’s main characters and paired them with the Sanrio friend that suits their personality the most. For example, Katsuki Bakugo is paired up with the ever-moody Badtz-Maru, Ochaco Uraraka with light and fluffy My Melody, Izuku Midoriya with the hardy character Pochacco, and All Might with the most powerful character of them all, Hello Kitty. I think a lot of thought went into the pairings, judging by how they used a lesser-known character, Tiran the Dinosaur (from We Are Dinosaurs) so that Eijiro Kirishima would have his perfect match. I never noticed how closely the My Hero Academia cast’s personalities match up so well with those in the Sanrio World.

We only know a small bit about the collaborative campaign for now, but Toho Animation and Sanrio will be announcing more details about the merchandise on June 17. You can check out more images from the upcoming collaboration on the official campaign site.