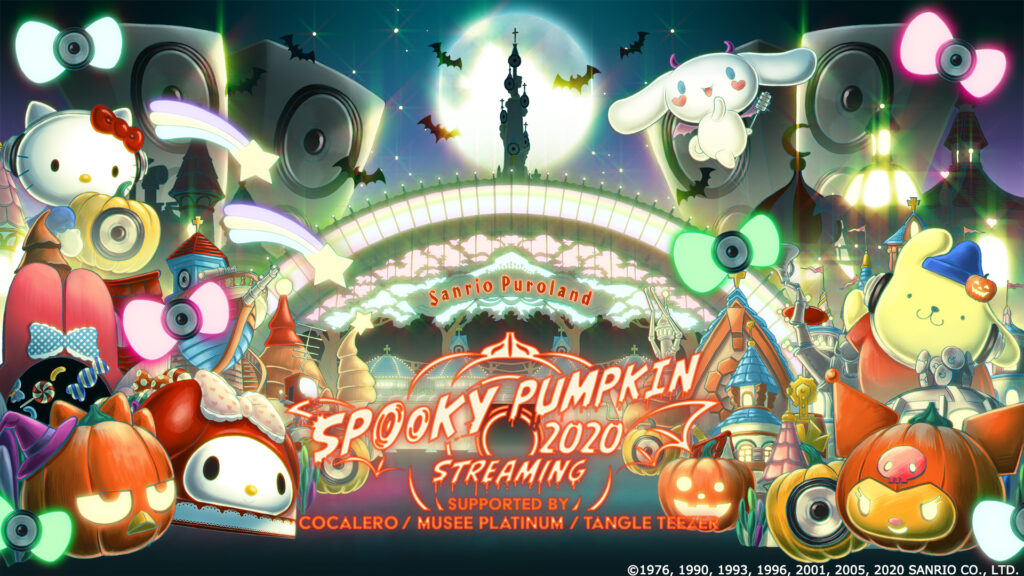 The still-ongoing Coronavirus epidemic has forced a lot of live events to go virtual via online streams. So many that it’s fair to say that we’ve all gotten used to it by now. There has been the Jump Anime Festa, Hatsune Miku’s Project G, this month’s Tokyo Game Show, and our own OTAQUEST CONNECT. Now with Sanrio’s upcoming SPOOKY PUMPKIN 2020 stream, it’s another drop in the bucket, although given the energy and fun of these events, that’s nothing to complain about.

Sanrio Puroland’s official Twitter would make the announcement for their SPOOKY PUMPKIN 2020 stream just earlier today, including a schedule and guest list in the process. Performing on October 30th will be the pop stars Majiko and Mewhan, who will be performing alongside an adorably iced-out DJ Pompompurin. For Halloween night, you’ve got the emo-cloaked DJ Kuromi spinning tracks with hip-hop divas lyrical school and idol group RINGOMUSUME. There will also be a special birthday event held for Hello Kitty herself, featuring performances with DTM duo PC Music Club and pop rapper Sanari. And to top things off, you have the rapper Cypress Ueno dominating as the main MC for all three days.

Sanrio has been doing their yearly SPOOKY PUMPKIN Halloween bash for some time now, and has since become known for its raves that go on all night long. Significant artists like m-flo, BUDDHAHOUSE, and SKY-HI previously have graced its stage, but the real treat has got to be seeing Hello Kitty get down with her bad self. Yes, Hello Kitty might be child-friendly, but that didn’t stop her from belting out a few profanity-laced rave tunes back in 2018. Not that any of the adults in the audience seemed to care–it’s a 20-and-up party after all.