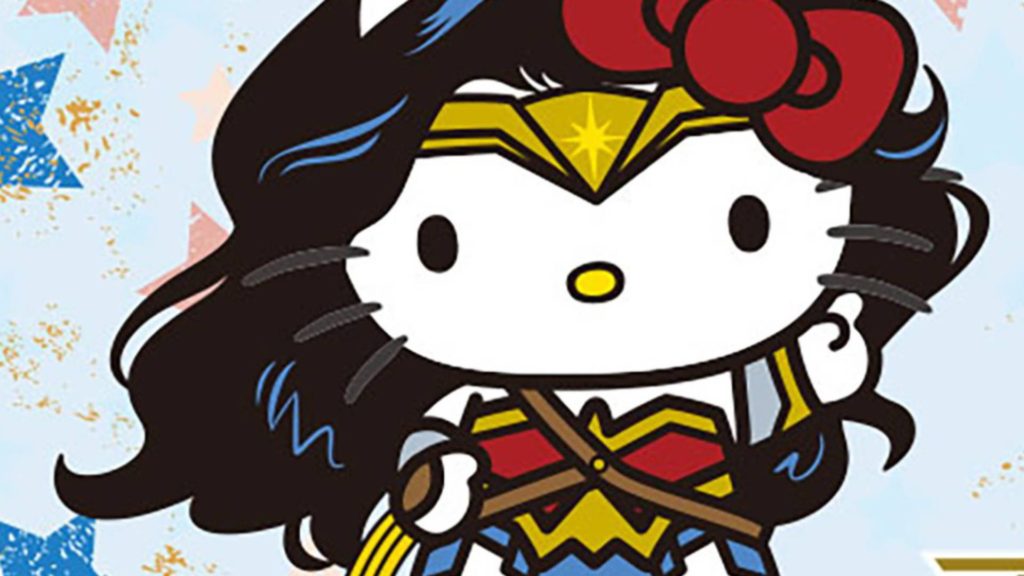 In what could possibly be one of the best collaborations this year, Sanrio have announced that they have been working closely with famed comic publisher DC; all in the name of merging the worlds of Hello Kitty and Wonder Woman. I’ve mentioned in the past that I’m a massive fan of the quirky collaborations Sanrio operates, and this is absolutely no exception. In their own respects, both characters are extremely relevant icons, and it makes sense that we’d see the two join forces, even if just for a short line of merchandise.

It’s the first time that Sanrio has ever found itself working with a Western-made comic book series, and I’m sure we can all agree that there’s no better place to start. With the recent international success of Wonder Woman, the heroine has been finding herself all over the place as of late. For those who pre-purchase tickets for the late-August film screenings here in Japan, they’ll receive both a rubber key-holder featuring the collaborative Hello Kitty, as well as a reprint of the original comic in which Wonder Woman was originally introduced. Advance tickets will go on sale June 17, so for those interested you’ll want to get in fast. If you’re interested in checking our further information, you’ll be able to find it on the official website for the upcoming film, here.