According to reports, the event will feature original readings, live dubbing, and a live performance of the culmination of the latest SAO anime series, Sword Art Online: Alicization – War of Underworld.    The live event will be called Sword Art Online – After War.

In addition, singers Ai Kayano, ASCA, LiSA, and ReoNa will be there.

According to the SAO website, there will be two performances on Nov.  8 — a daytime performance at 2 p.m.; and a night performing starting at 6:30 p.m.

Tickets for reserved seats will be 8,900 yen.  In addition, you can buy “reserved seat B” for 8,400 yen.  However, the organizers warn that people in the cheaper “B” seats will not be able to see all of the stage.

The performance will also be livestreamed on Sony’s Stagecrowd platform.  The livestream will cost 3,500 yen for a basic viewing ticket.

Or, for 6,380 yen, fans can get the viewing ticket, plus a limited-edition A5 illustration board with frame. 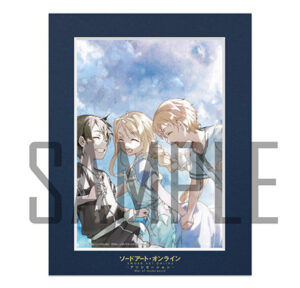 Sword Art Online began in 2002 with a series of self-published novels by Reki Kawahara.  A light novel series began in 2009. There have also been various manga series, and spin-off manga.

The first anime series began in 2012, followed by Sword Art Online II in 2014.  SAO: Alicization and SAO: Alicization – War of Underworld are two halves of the same series, which started in 2018.

When SAO: Alicization – War of Underworld ended in September, the creators announced an anime adaptation of the light novel Sword Art Online: Progressive.