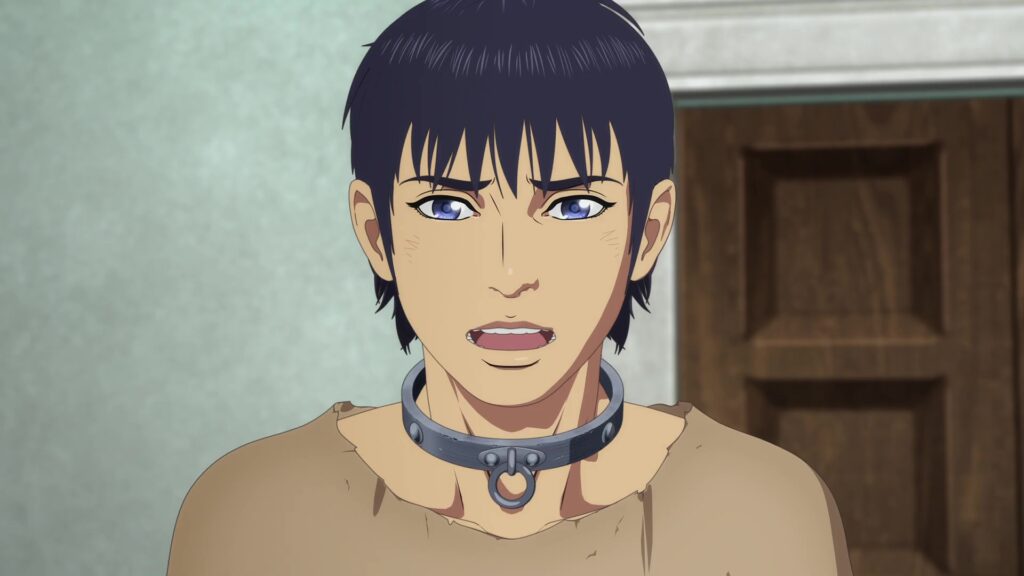 A new trailer for Cestvs: The Roman Fighter has made its way onto the Internet, carrying with it the show’s ED theme, ‘Kirei Da’ (‘You’re Beautiful’ in English). The thirty-second sneak peek was uploaded to YouTube today and is expected to air on Fuji TV’s +Ultra block in between a new episode of BEASTARS.

This is the second trailer Cestvs has gotten, with the first one, complete with the series OP, being released just a few weeks ago. This new trailer uses a lot of the same clips as its predecessor, but when paired with Kadowaki’s song it evokes a different feel. Whereas Dragon Ash’s OP brought about a glorious, exciting, video game-like tension to the clips, Kadowaki’s tune exhibits a more sensitive tone that punctuates the show’s drama and its hero’s struggle to the top. In a story involving an enslaved gladiator trying to win back his freedom, such a display of what I call ‘determined underdogism’ is necessary.

‘Kirei Da’ is performed and written by pop musician Sarasa Kadowaki. Kadowaki first burst into the J-pop scene with her debut album Trace of Rain back in 2018. Her career has been on the up and up since, releasing a handful of singles in 2020 and doing the ending theme for the second season of Yuru Camp’s live-action drama. ‘Kirei Da’ will mark another foray into manga for Kadowaki, who read the manga as she was composing the song.

Cestvs: The Roman Warrior was announced back in November as part of the Fuji TV Anime Lineup Presentation 2020. Produced by Bandai Namco Pictures with CG done by LOGIC&MAGIC, the anime serves as an adaptation of Shizuya Wazarai’s long-running manga series. The series’ first entry, Kentou Ankokuden Cestvs, was consistently published in Young Animal from 1997 to 2009. Its sequel, Kendo Shitouden Cestvs, would come out the following year in the same magazine, only to be moved to Young Animal Arashi in 2014, then the Manga Park app in 2018, and is about to find serialization within Young Animal Zero’s pages.

You can expect Cestvs: The Roman Fighter to air on 14 April.