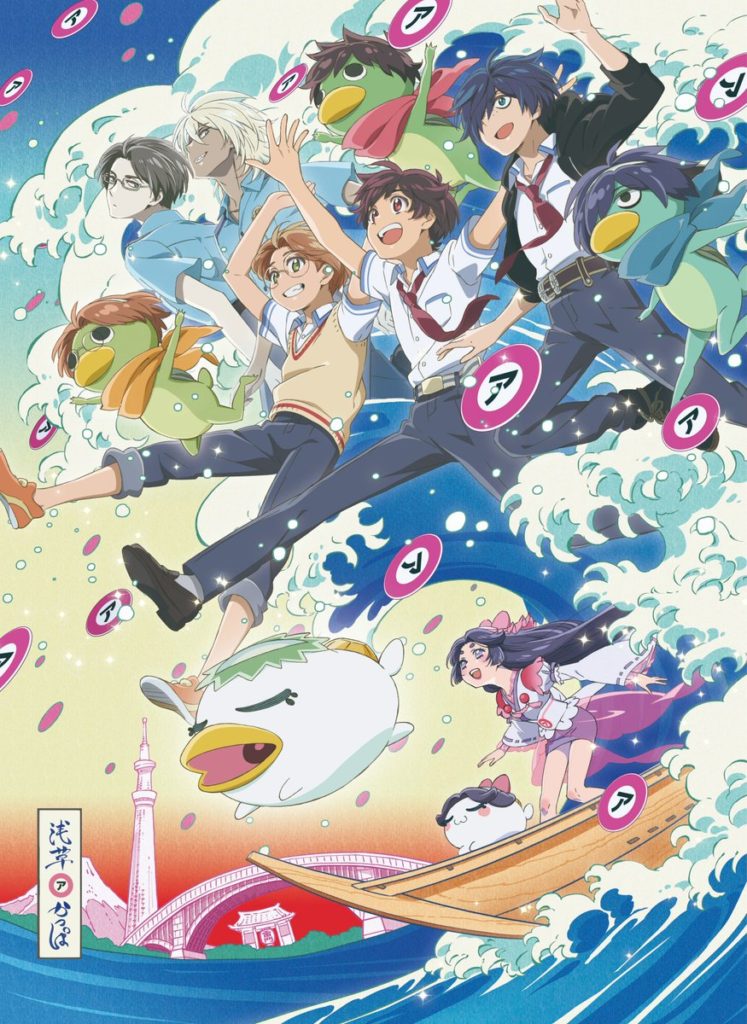 There’s a lot to look forward to when it comes to Kunihiko Ikuhara’s upcoming series Sarazanmai. The first trailers for the series were impressive works by cinematographer Tao Tajima, an expert in combining animation with real-life footage. It was an awesome way to introduce the setting of Asakusa and some of the characters (and kappas!) that will be appearing in the show. However, since that trailer, we haven’t heard much news until now.

The first new announcement was the key visual for the show, demonstrating the expressive and fun character designs. It’s a really appealing image.

The story follows these three main characters as they discover Keppi (the big round one at the bottom) and are transformed into kappa. Kappa is a big part of Asakusa with plenty of statues along the main street “Kappabashi Street”. This was largely the place where the live-action trailer was filmed.

Sarazanmai also released a music video introducing Sara Azuma (the one in the boat) and a lyric video for her eerie new song, “Houkago (After School) Kappa”. Sara Azuma is voiced by Teiko from the group Shoujoshiki Elise.

Sarazanmai is preparing to release a lot more information during AnimeJapan this year, but this was definitely a nice teaser to keep us satisfied until the event. They’ve also announced that a preliminary screening and talk show will be held at the end of March. All details on how to get in are available on the Sarazanmai website.