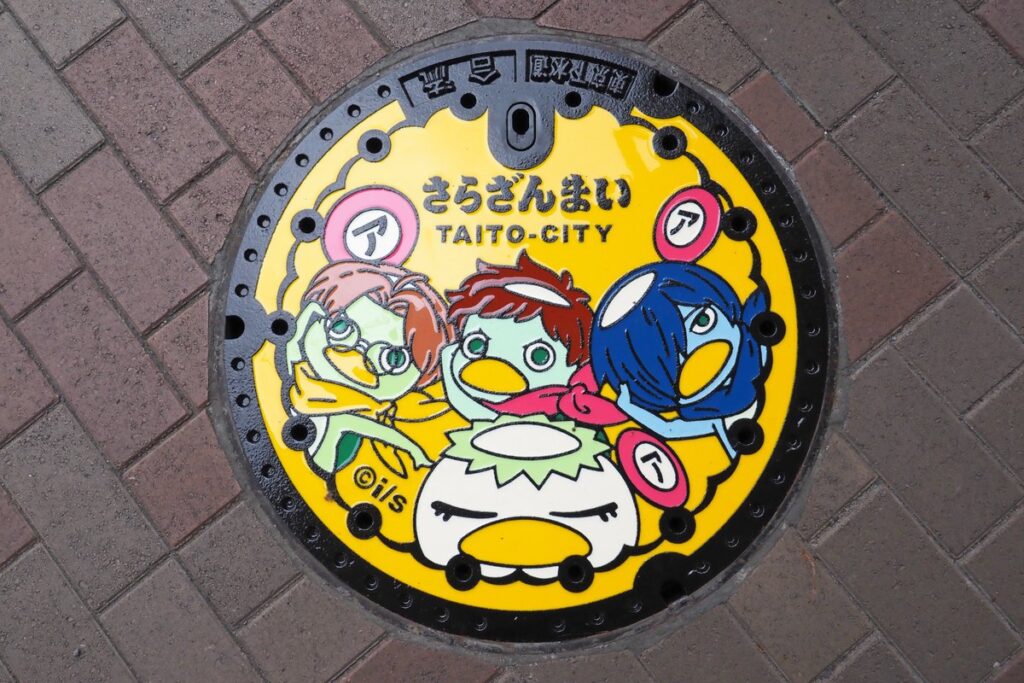 Two years ago, the weird, whimsical, and trippy anime series Sarazanmai featured Tokyo’s traditional Asakusa area as an appropriate real-world setting for its tale about kappa yokai, secrets, and growing up.

On Tuesday, Sarazanmai once again returned to the streets of Asakusa; this time as a decorative manhole cover. Anime manhole covers, including Pokémon and Zombieland Saga, have become something of a trend lately. And the series gave Asakusa, already a popular tourist destination, added status as a ‘seichi junrei’ anime pilgrimage site. 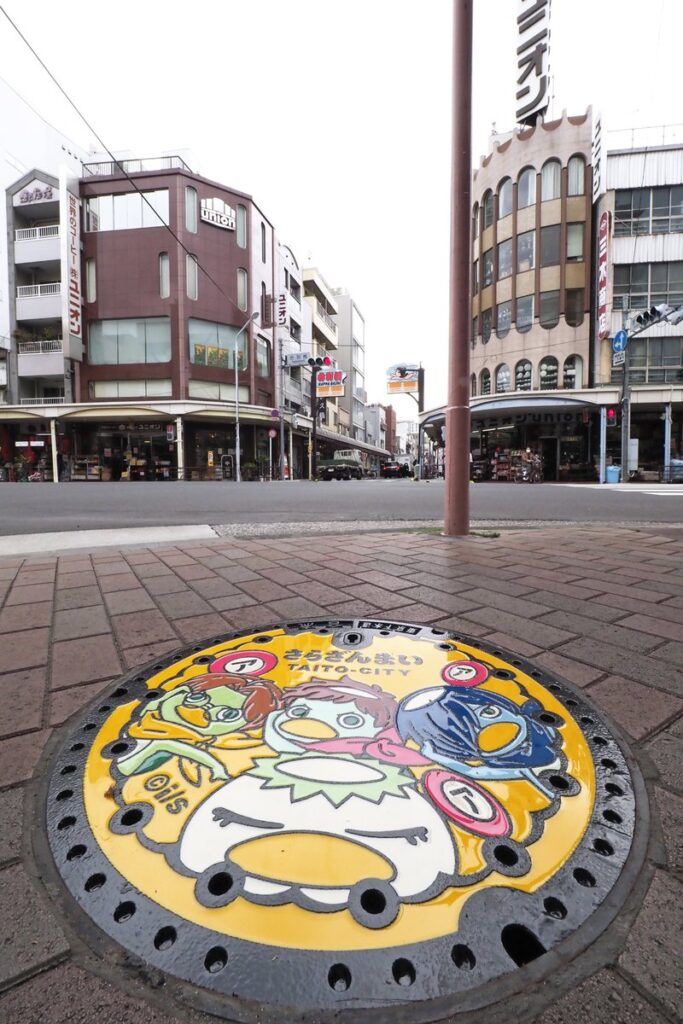 The Sarazanmai manhole cover was installed at a Kappabashi intersection in Matsugaya, Taito City in Tokyo (in the vicinity of Asakusa Station). The series recently celebrated its two-year anniversary; the first episode ran on 11 April 2019. The 11-episode anime series is still available at Crunchyroll.

Technically Kappabashi isn’t named for the mythical creatures, but for kitchen utensils, which the area is known for. However, Kappabashi is also near the Sumida River (historically said to house kappa). Plus, nearby Kappa-dera temple is associated with the folkloric creatures. The obvious pun became part of the area’s charm.

The cover features the three main schoolboys in their kappa forms. They are joined by Keppi, the kappa who transformed them. Taito City also recently installed a Sarazanmai mailbox. 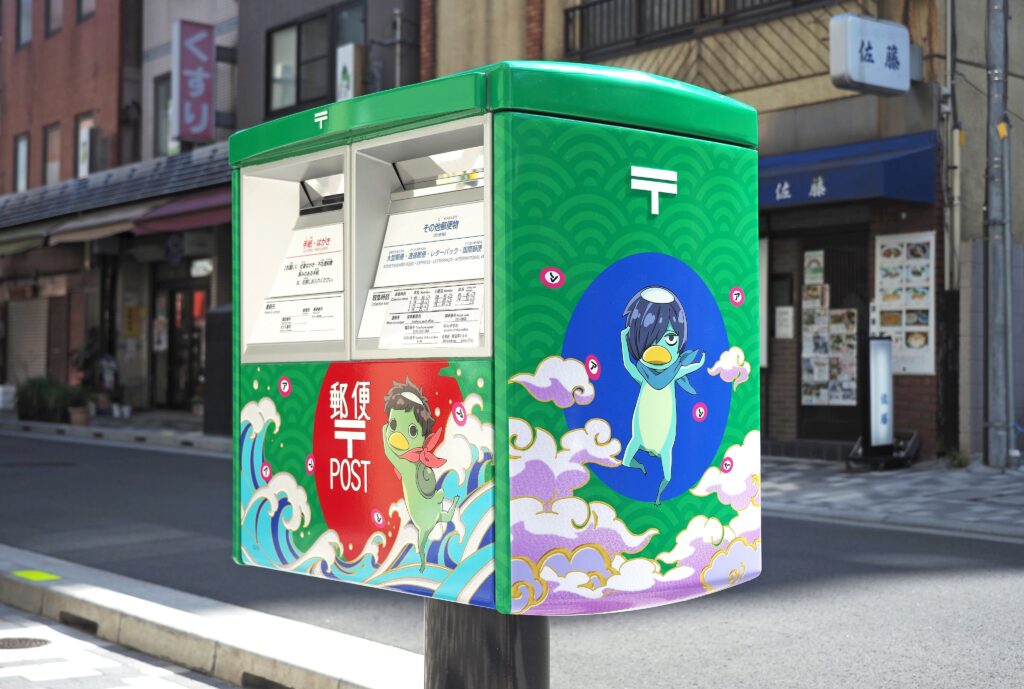