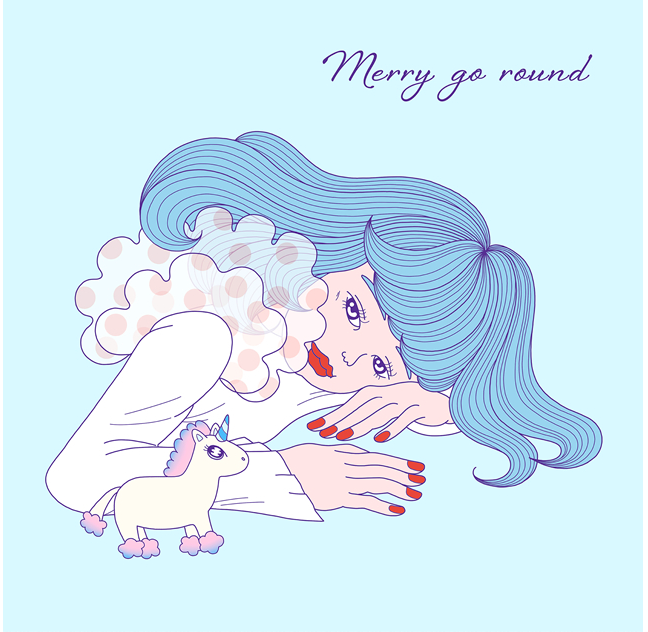 One of J-pop’s current obsessions is the search for artists capturing the voice of a “new generation.” It’s a natural course — younger folks don’t want to be represented by somebody twice their age! — and has resulted in varying levels of buzz around performers such as Aimyon and iri, among others.

Singer/songwriter Sato Moka exists on the edge of this conversation, having already received a decent amount of critical love in Japan for her music. She hops between acoustic pop that breezes along, as well as more eclectic electronic-glazed cuts; plus that one detour into Vocaloid. Her latest release, “Loop”, finds Moka teaming up with Tomggg, a long-running creator putting a playroom spin on contemporary sounds. Listen below:

“Loop” finds just the right balance between both artist’s style, allowing room for Tomggg to drop in bell chimes and horn blurts over a skippy beat while also giving space for Moka to flex her vocals. Just wait until that hook, where both sides converge just right to create a twinkling earworm. And better still, it’s a combination that really strengthens Moka’s a-voice-of-this-generation credentials. What’s more 21st century than an artist grounded in acoustic strumming embracing shiny pop and SoundCloud-born dance elements? Genre borders are more porous than ever, and “Loop” serves as a nice reminder of that.

Fresh off of Moka’s upcoming album “Merry go round”, scheduled to release next week, you can check out the full tracklist below:

Those interested in checking out even more from Sato Moka, be sure to visit the vocalist’s official website.