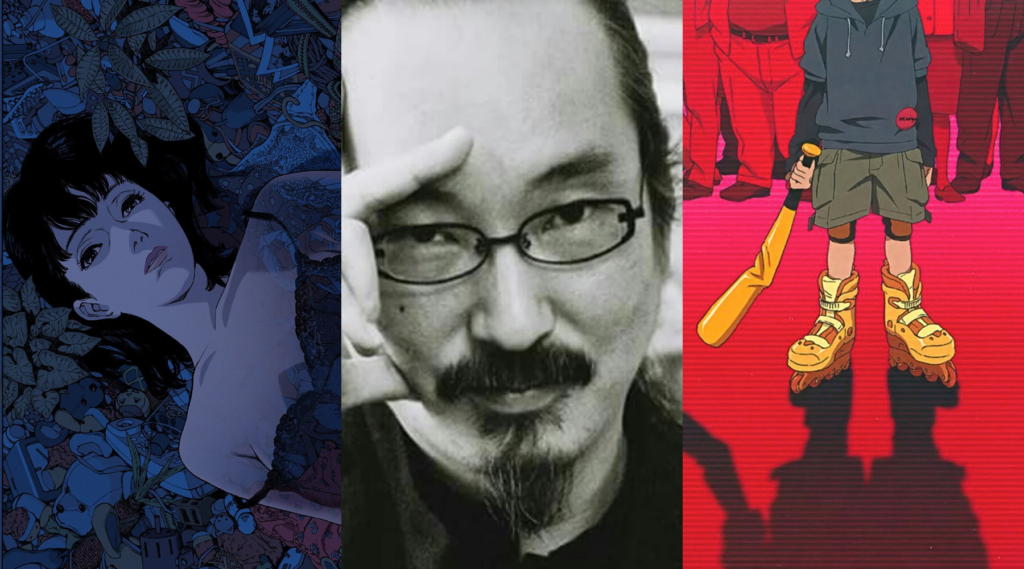 August 24 2010. The world of animation sustained a gaping wound as the world at large last one of it’s greatest creators. The luminary Satoshi Kon had passed away at a rather young 46 years of pancreatic cancer largely kept secret from the public, with people not being able to accept the news at first. With the unfortunate passing of actor Chadwick Boseman similarly of a battle with cancer fans weren’t aware of, just 4 days after the 10th anniversary of Kon’s passing, we’re once again reminded that all of this is temporary and that art really does make the world a better place. In honor of that tenth anniversary, fans, creators, and many nerd outlets have shared their tenth-anniversary musings on Satoshi Kon, with someone even unearthing a Berserk AMV he created! We’re not sure there’s much else that could be said about his life, films, and legacy at this point except that in all this time no one’s come close to succeeding him. 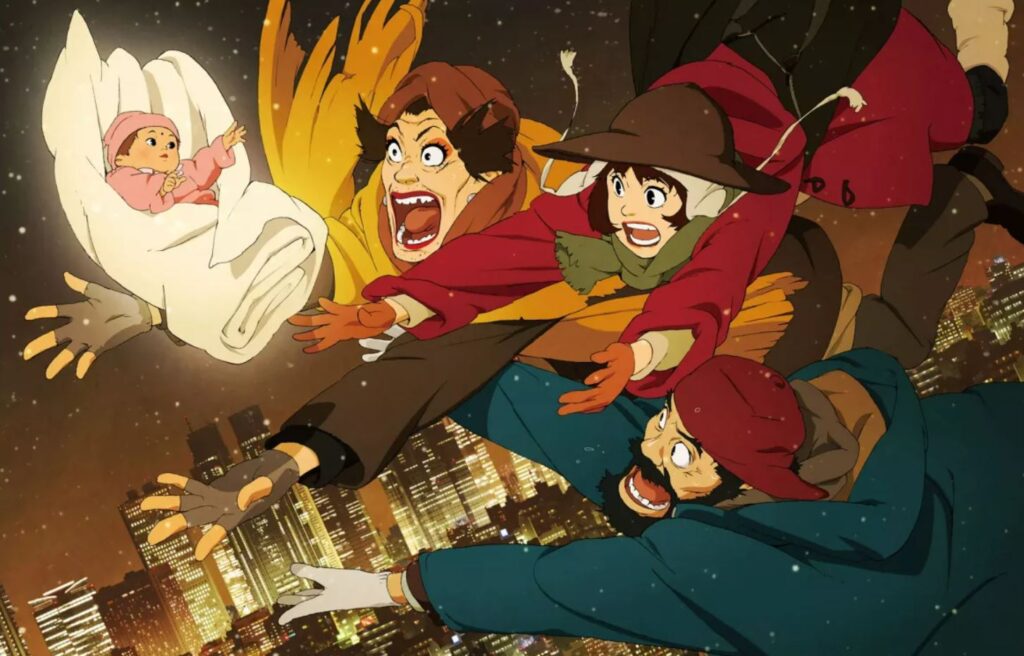 When putting on a Satoshi Kon work for the first time you could be guaranteed of a few things; the next couple hours of your life are going to be spent in a liminal space between reality and imagination, your brain will be challenged in some fashion, and on a base level your eyes will be tickled with fancy as everything he’s made still looks great. While Paprika was Kon’s only work dealing with dreams directly, Paranoia Agent and Perfect Blue both dredge up in the inner recesses of your mind as you inhabit their surreal and purposefully uncomfortable playhouses. Millennium Actress too, where the story picks up and leaves off is never quite clear as you dance through one in-universe film through the next. With no less than 10,000 essays on each’s films ethereal qualities and 1000 video essays on Kon’s cinematography and editing fluttering in the wind, we’ll skip those chunks of analysis.

What Satoshi Kon spent the brunt of his career depicting comes from his own intellectual and artistic pursuits but how he crafted his art, to some degree, was informed by the art that he loved. Despite getting his start as a manga artist before making his way to animator, it’s pretty clear one of Kon’s biggest loves was Film. Millennium Actress after all was nothing if not a giant love letter to the varied and underappreciated histories of Japanese Cinema. Without lingering on technique for too long, from the way the storied director would frame a shot to how he’d portray movement, truly much of his approach to animation and editing came from the silver screen. While certainly not the only anime director with an unabashed love for movies, Mamoru Oshii certainly comes to mind, he successfully translated that love into anime in a way that still resonates today. 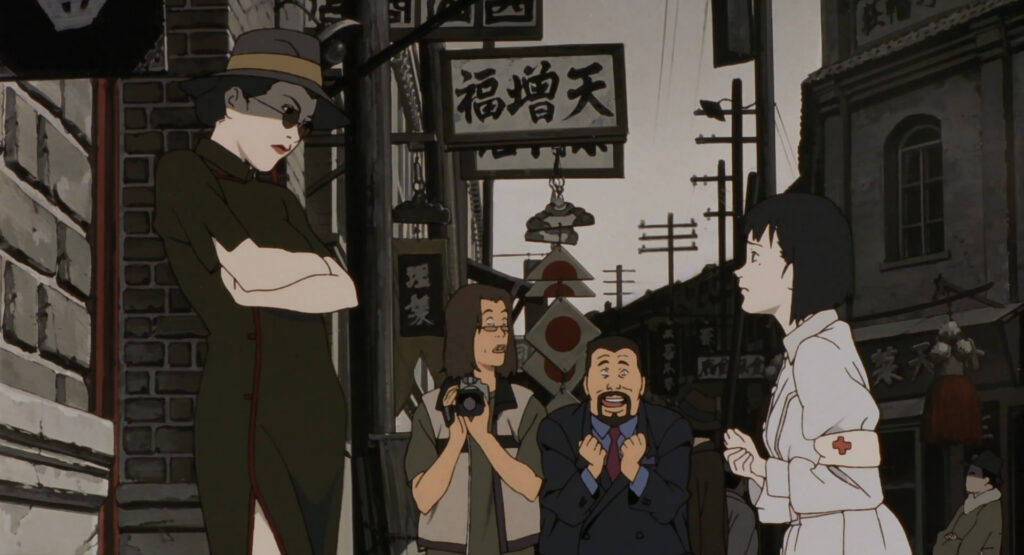 In your mind, do you consider anime films works of anime or works of cinema? Which medium’s legacy do they come from and aspire to continue? To some degree, this is just semantics of course, as all anime films are both films and animated made in Japan, with a lot of assistance from Korea if we want to be particularly honest about it. Until more recently, a lot of the major animated films from Japan didn’t really come from the sub-culture of anime as we know it today or aim to particularly appeal to those who are enamored with it. Your average Hayao Miyazaki has little in common with Your Name. much less having anything about it that resembles something like Naruto aside from the fact that they’re both animated. With his love for both mediums, Satoshi Kon blurred those lines better than anybody.

Inherently, Satoshi Kon more or less appealed to those who say they’re in love with cinema and to your common anime fan. Sure every My Hero Academia cosplayer and Haikyuu RP twitter account runner has their favorite Hayao Miyazaki film, that’s just a matter of course. After his first couple years cutting his teeth on Lupin and the like, Miyazaki never tried to make anime for anime fans. Kon was different, at least in effect, with much about his work being very capital A Anime, from their art-styles to their stories. Let’s take Paprika for example; To start, the lead was voiced by Megumi Hayashibara whose arguably the single most popular voice actress of her era. The film itself had a cute heroine anyone would fall in love with, an absurd battle culminating in ‘Light vs Darkness’ and plenty of cartoonish goodness all along the way, even with its cinema nods. 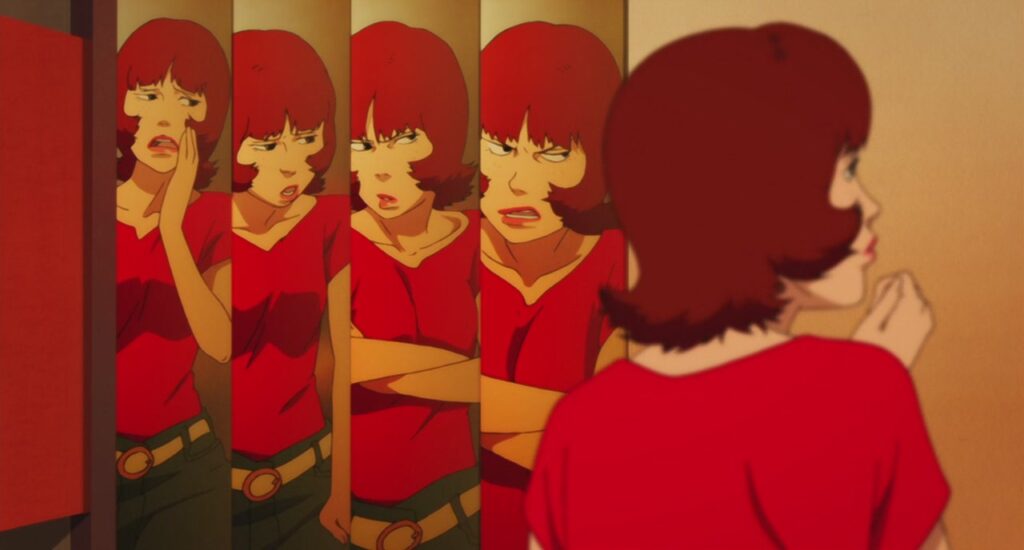 Stumbling onto our ultimate to point, no one else out there is drawing from the wells of anime and cinema to come through with something unique, much less approaching Satoshi Kon’s challenge subject manners and visual mastery. In Your Name., Makoto Shinkai propelled himself from someone who very much made anime films for anime fans to a director who could appeal to a more casual audience but they’re still aesthetically and in practice capital A Anime movies. Mamoru Hosoda was a rising star once upon a time, but you could argue his best work was on Digimon and One Piece. The directors who come closest to Kon conceptually are both industry veterans as much as Kon; the aforementioned Mamoru Hosoda and Shinichiro Watanabe, the former who only made live-action films the last ten years and the latter who stays within the realm of TV anime.

There just aren’t any rising stars anywhere near Satoshi Kon’s lane, not even on the more surface ‘wow this is surreal’ levels. Not that we expect or want any imitators, but it’s unfortunate to not see the generation of animators inspired by Satoshi Kon manifest itself. We’re sure those individuals are out there, slaving away in animation studios or maybe opting to do manga and illustration work instead of being a Doraemon background artist. At least Mamoru Oshii is returning to animation, but he’s his own best with his own intricacies. Probably though, it’s more the fault of the anime climate in 2020 that seeks the big short term profits that come from light novel adaptations and Your Name. rip-offs than the lack of artists who want to dream bigger like Satoshi Kon was successfully able to. 10 years later and his legacy’s untouched and unchallenged, which is a bit of a bittersweet note.