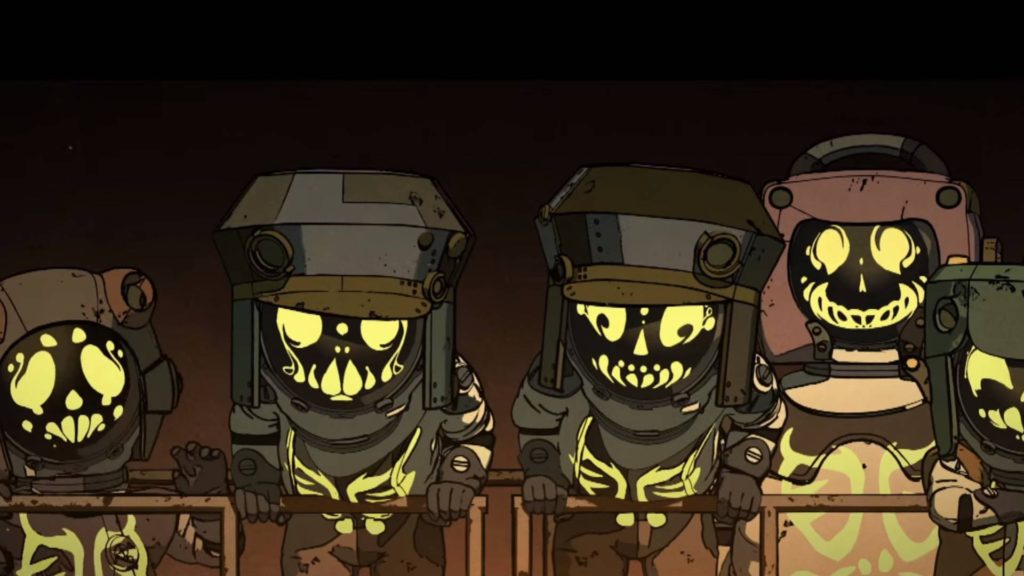 From Perfect Blue to Paprika, the late Satoshi Kon helmed some of the most beautiful and profoundly-mesmerizing animated films of the 21st century. In order to honor his legacy, the Montreal Fantasia Film Festival has established an award in their animation category — Axis: The Satoshi Kon Award for Excellence in Animation. This year, the award was won by Toshihisa Yokoshima’s short film COCOLORS, the title itself being a play on the Japanese word “kokoro” for heart, and the English “colors.”

You can check out the trailer below for the eerily beautiful post-apocalyptic short film below, which is being offered subtitled in multiple languages including English:

Yokoshima directed this work at animation studio Kamikaze Douga, who in addition to producing these films as part of the “Gasoline Mask” project, have assisted primarily with animation found within video games, like Soul Sacrifice Delta. The studio describes the film as such:

There is a world in which an endless rain of dark ash fills the sky, and covers the earth. Humanity, fearing the ash that burns and melts away human flesh, had no choice but to cover themselves in protective suits, and their faces with gigantic masks. Bundled up in their suits and hidden away behind their masks, the people have fled deep within the underground. This is the story of the children growing up in this fearful world, this is “COCOLORS”.

Perhaps the most fascinating aspect of the film is the animation style itself, which is heavily inspired by Japanese woodblock printmaking. Even though the setting of the film is alien to all of us — an underground, miserable hellscape — all of the colors that we are able to see manage to pop out and make quite the dramatic impression. Kamikaze Douga have also shared a little bit of the though behind that genius, firmly cementing just as to why they were able to clinch this coveted award.

From ancient times IRO(色), the Japanese word for color, has been used to express a variety of things, usually pertaining to tone.顔色 – KAO(face)-IRO– Tone of face, or Facial expressions.
声色 – KOWA(voice)-IRO — Tone of voice.
音色 – NE(sound)-IRO — Tone or quality of sound.These are a few of the many ways IRO can be used in the Japanese language.
However in the world of COCOLORS, the characters’ faces are hidden and their voices are distorted by the masks they must wear. Because of the masks, their IRO, or colors, are left to the imagination. She may be skipping to hide her sadness. His anger might be a pretense to further hide his crying face. In a world covered in dark ash, each of the characters’ IRO are carved in stroke by stroke, layer by layer, much like a traditional Japanese wood print. Those colors will be printed in full display in the animated movie “COCOLORS”

If you are interested in learning more about the process behind the film, you’ll find many informative “making of” gif clips detailing things like the film’s background art and the making of the 3D characters on the official website, here. All that’s left to do now is hope and pray that all of us non-festival goers can peek a widespread release of the film soon.