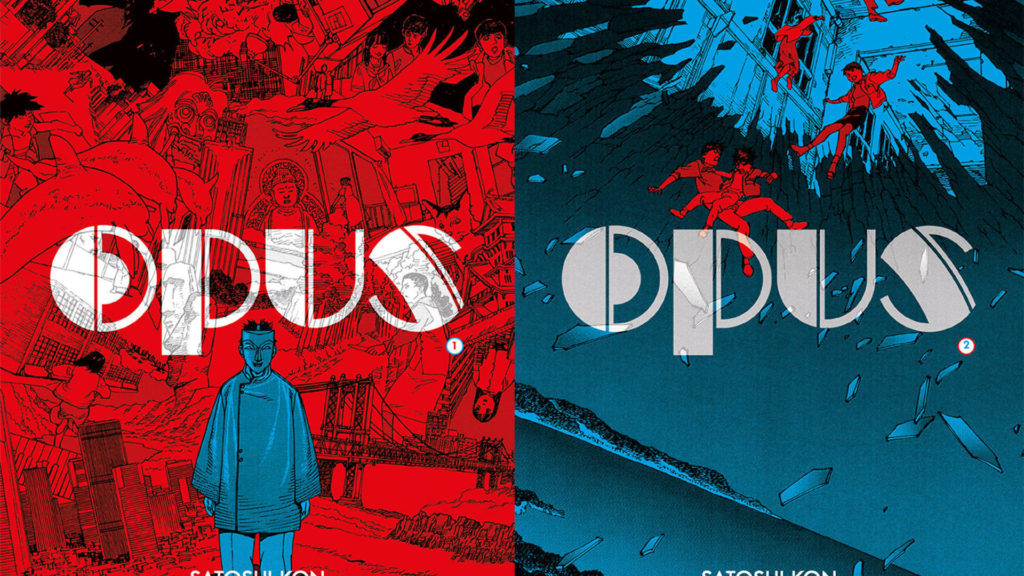 When it came to duos in the world of anime production, perhaps none were as dynamic as Satoshi Kon and Susumu Hirasawa. When Kon needed a sweeping score with just enough electronic sounds and guitar twang mixed in for good measure, Hirasawa was his go-to guy. Of Kon’s four feature-length films and single TV series, he produced the music for three: Perfect Blue, Millennium Actress, and Paranoia Agent.

Since Kon’s passing, Hirasawa has continued to produce the music for many Berserk-related projects, including last year’s CG-animated affair. Aside from those bits, however, the artist has remained fairly silent in regards to the late director, his works, and anime in general. That is, until now with a recent Tweet:

I’m announcing that I’ve been asked to compose the theme song for Satoshi Kon’s ‘Opus’, and that I have begun work on it. If anyone is to stop this, the time is now.

‘Opus’ is a manga that Kon both wrote and illustrated from 1995 to 1996, which was more than a year before his major directorial debut with Perfect Blue. It ran for a time in Comic Guys magazine but was unfortunately canceled. Kon was rather upset by this, and the ending the manga received actually reflected this via in-world references. They make sense, but we’ll get to the plot of Opus soon. After Kon’s passing, his intended ending for the series was found, and it was thankfully published in a re-issued omnibus edition both inside and outside of Japan.

The story of Opus is pretty, well, meta. It features a manga artist trying to come up with an ending for one of his series, who also mysteriously finds himself sucked into the world of his manga. While there, he has many bizarre encounters with his own characters and must discover ways to amicably conclude their stories. And as I mentioned before, Kon himself was forced to end his manga early, so what better way to do it than feature that very same artist character scolding Kon in-universe? It’s a doozy, and I would definitely recommend searching the books down to see the real ending for yourself.

Now, as for Hirasawa’s claim that he’s working on the theme song — no person or studio has announced that they are working on an Opus adaptation in any shape or form. Masao Maruyama, a producer who often worked with Kon on the likes of Paprika and Tokyo Godfathers had expressed interest in doing so this past July at Paris’ Japan Expo, but it was made very clear by his studio M2 that that was not an official announcement, and that the project had not in fact been green-lit.

Have Maruyama and M2 now made good on their desires, or is this to be handled by another party entirely? Perhaps what Hirasawa is referring to actually correlates to none of this speculation? We’ll have to wait just a little bit longer to find out for sure.