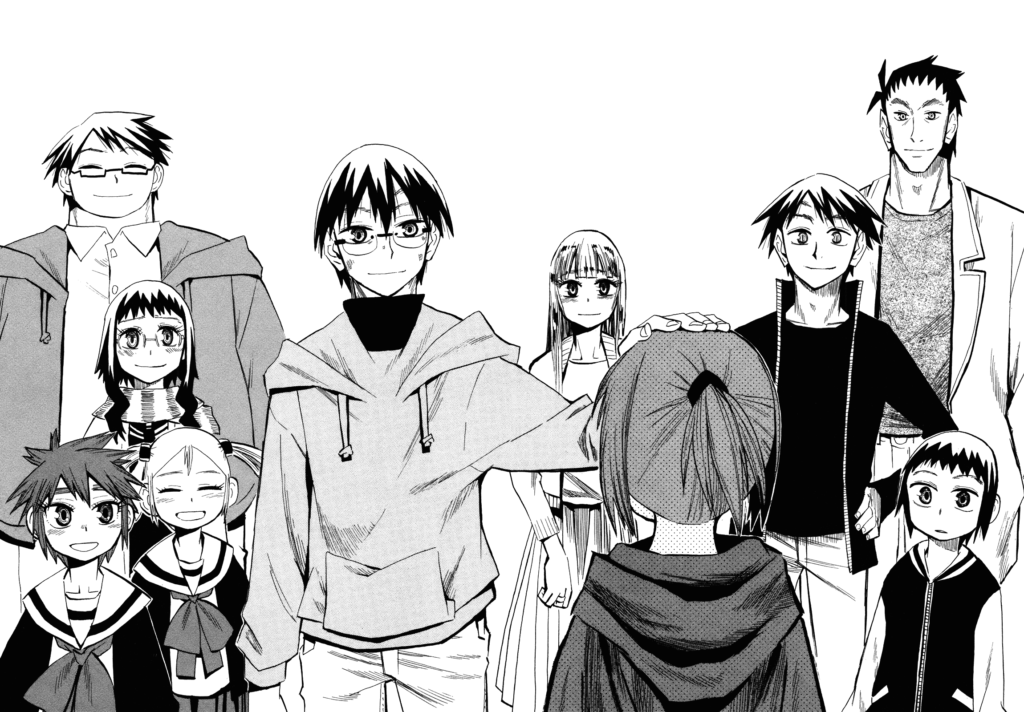 By and large, fans have failed Satoshi Mizukami. While there are always going to be underappreciated creators and works of art out there, it’s hard for me to think of another manga artist who’s consistently high quality of work is so disproportionate to how much people are paying attention to them. Don’t get me wrong, Satoshi Mizukami has his fans. Critically he’s adored by reviewers and fans that have been turned onto him by whatever stroke of luck that’s led them to him. His break out work Lucifer And The Biscuit Hammer is definitely something of a cult classic for deep in it manga readers who actively keep up with the world of manga. Even that work didn’t see physical print in English until ten years after it came out. A more recent work of his, Spirit Circle, was published digital-first by Crunchyroll and then in English by Seven Seas, who both worked on Lucifer as well. That comic’s a top 5 of the decade no question but I saw absolutely no buzz about it, which was truly disheartening. Fans have another chance with his upcoming manga Saihate No Sorte coming to the digital Mag Comi platform next month. For his sake and yours, don’t let his upcoming title fall on deaf ears yet again. 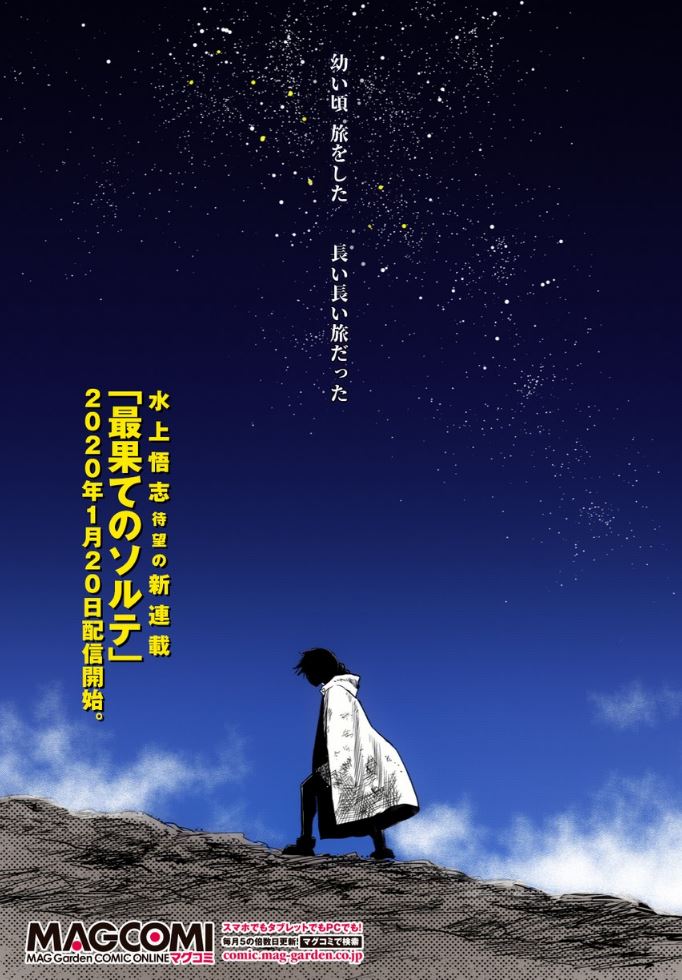 Right now, we don’t know much about Saihate No Sorte but the text above roughly translates to ‘I traveled when I was younger. It was a long, long journey.’ Having read every bit of Satoshi Mizukami manga I could get my hands on, that phrase inspires some serious anticipation and wonder in my heart. We could have a sprawling epic a la A Silent Voice author Yoshitoki Oima’s To Your Eternity on our hands which would be welcome from Mizukami. The previously mentioned Spirit Circle was something of a sprawling epic already, although one through time. The author excels at, among other things, making the fantastical very matter of fact and drawing emotion out of the smallest moments like blood from a stone. Every aspect of his manga, the characters to the story to the art, are equally as subversive as they are endearing and seeing what kind of personal touches he could add to a wanderlust manga could result in something special. His works tend to do so.

Satoshi Mizukami has a way of penning events paper that leaves him in a league of his own. At a glance, his art isn’t as lush or as impressive as some big creators. You don’t have the legendary ink-work and design mastery of Berserk’s Kentaro Miura that makes that comic unforgettable.  Nothing like One Punch Man’s Yusuke Murata’s ability to depict action that leaps off the page, grabs you, and drags you in it here. So what does Satoshi Mizukami bring to the table with his art if not some impressive technical ability or wholly unique style? Heart. His comics are dripping with sentiment in a way that comes off as very authentic instead of melodramatic. Look at that header image to see what we mean. He has that spark that One Piece and the many works of Naoki Urasawa also have, the one that can bring the emotional intensity from 0 to 100 with a single panel. The factor that makes grown middle-aged men cry their hearts out on the crowded Tokyo trains during their commute home from work. From the biggest death scenes that stay tucked in the corners of your soul to the smallest routine fights and arguments between friends that you’re already nostalgic for the minute they end, it’s all seeping with heart. 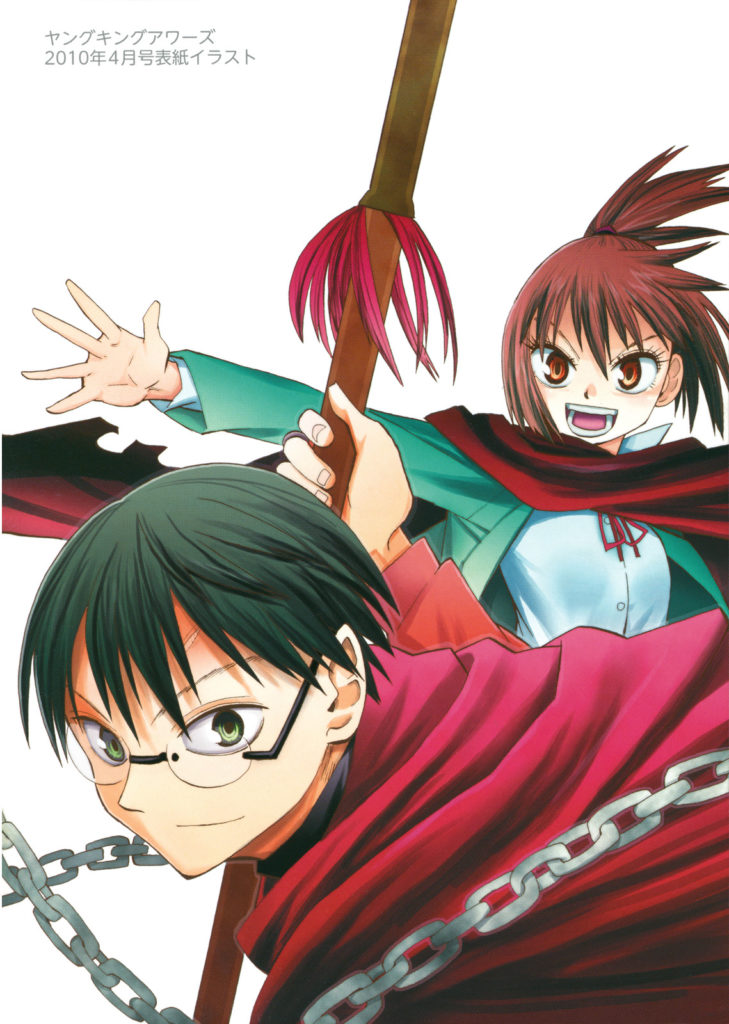 Of course, manga art without the story telling and character to make it impactful isn’t worth much. Thankfully Satoshi Mizukami excels at the whole bag and we’ll look towards his cult classic Lucifer and The Biscuit Hammer to talk about why. Like many tales of the anime and manga variety, here we have a story in which the fate of the world hangs in the balance. An absolute madman, Anima, will destroy the earth with a giant hammer if Samidare and her knights don’t stop him. The story’s protagonist is one Yuuhi Amamiya, the Lizard Knight, and Samidare’s most trusted warrior. She actually plans to destroy the earth herself after the team stops Animus, a goal that Yuuhi has agreed to help her with. The trust between them a tangible force in the manga. As we said Mizukami takes the out of this world element and makes it daily life, something easily accepted by his characters and his readers. It’s absolutely fascinating to see the diverse cast of characters who inhabit this comic tackle the problem of apocalyptic destruction while having to go one with their day to day lives.

The set up on its own sounds like an average shonen tale, but in effect its nothing like that. The people here are still eating, sleeping, and falling in love just like they would otherwise. When a character dies their absence is felt throughout the rest of the series in a way that feels close to real grief and loss; These deaths aren’t just used for quick power-ups and morale boosters. Any and all training that happens is really just the knights beating each other up until they get better at fighting, no hyperbolic time chambers here. A simple conversation between Yuuhi and his Lizard spirit pal where the lizard acknowledges it hurts when Yuuhi flings him against the wall, while again not melodramatic, feels extremely real. You hear the click in his mind when he realizes what he’s done. Only scratching the surface with Lucifer and The Biscuit Hammer here, The Satoshi Mizukami effect is palpable and makes itself known through his works again and again and again. 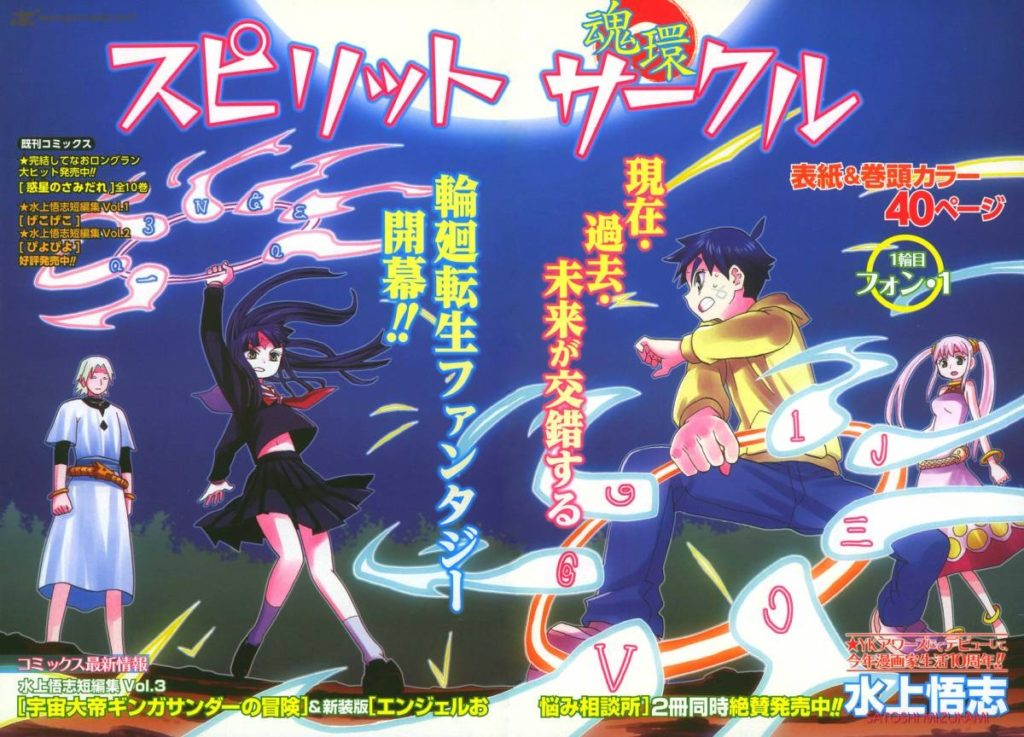 Another way in which Satoshi Mizukami hits harder than most of his contemporaries is the way he handles interpersonal relationships between characters. Lucifer and The Biscuit hammer is chock-full of complex character dynamics and the magic that turns acquaintances into friends in real-time. However, I’d rather talk about his approach to spirit circle to highlight how Mizukami does character. See, Spirit Circle revolves a much smaller cast than Lucifer and The Biscuit but the twist this time around being that the same small group of people are reincarnated time again from the far past into the distant future. They always seem to end up in each other’s lives even though they don’t remember their past reincarnations and sometimes the main two, the boy Fuuta Okeya and the uniform-clad girl Kouko Ishigami, try to and actively kill each other. When the present-day incarnations, due to PLOT REASONS, start remembering what happened in their previous life cycles, we get to see some understandable complex character dynamics displayed with simplicity and finesse.

Fuuta starts developing feelings for Kouko and she’s torn between wanting to befriend and wanting to kill him. Not in some ‘rawr I’m angry’ or ‘I’m gonna knock some sense into you’ kind of way either. The two have been locked in mortal struggle and have shared memories of being murdered by one another. Yet, Like in Lucifer and The Biscuit Hammer, daily life must goes on. These two kids and their pals who tend to be secondary players in all their past lives still have to go to school together every day and how Satoshi Mizukami navigate the interpersonal dynamics between the two leads is something to behold. The times their conflict manifests itself and the times the two are able to forget for just a moment and enjoy each other’s company, your heart breaks watching these kids figure it out (or die trying). Plus, there’s a bunch of neat esoteric sci-fi drunk and old men drinking together in ancient times which I personally find very satisfying. 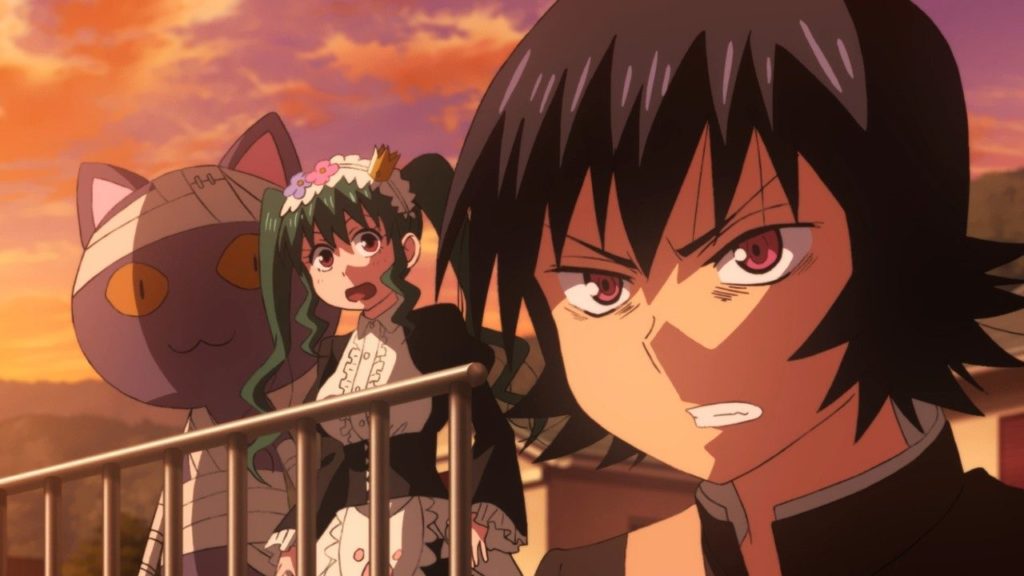 If after reading this article you’re curious about Satoshi Mizukami and want a taste before Saihate No Sorte , which you should be, but don’t want to fork over cash and hunt down some now hard to find volumes of Lucifer and The Biscuit Hammer? You can check out Planet With, the original anime he got to create last year, on Crunchyroll. The 12 episode show may not be as strong as his manga but it does showcase some of the subversive and sentimental qualities that set Mizukami apart in the realm of manga. You might be thinking ‘why did they give him an Anime if he’s so underrated’ and you’d be right to a degree. Again, he’s critically acclaimed but at least in my opinion he should be considered a true titan and heavyweight of the medium. Someone anyone with an invested interest in manga should be paying attention to.

I’m repeating myself at this point but Satoshi Mizukami remains one of the best. There’s something inherent to all of his works, which I’ve tried and maybe failed to explain, that guarantee they’ll be as near and dear to your heart as they are to mine. With his penchant for palpable sentiment in his art and being able to succinctly tell big stories, a probable classical adventure story like Saihate No Sorte is full of potential. Of course since its only hitting Japan January 20, an English release is further down the road. That just means you have to time to catch up by feasting on Lucifer and The Biscuit Hammer, Spirit Circle, and Planet With. We promise you’ll be glad you did.

Lucifer and The Biscuit Hammer and Spirit Circle are available in print via Seven Seas. You can watch Planet With and read its manga tie-in on Crunchyroll. Saihate No Sorte comes out in Mag Comi next month.