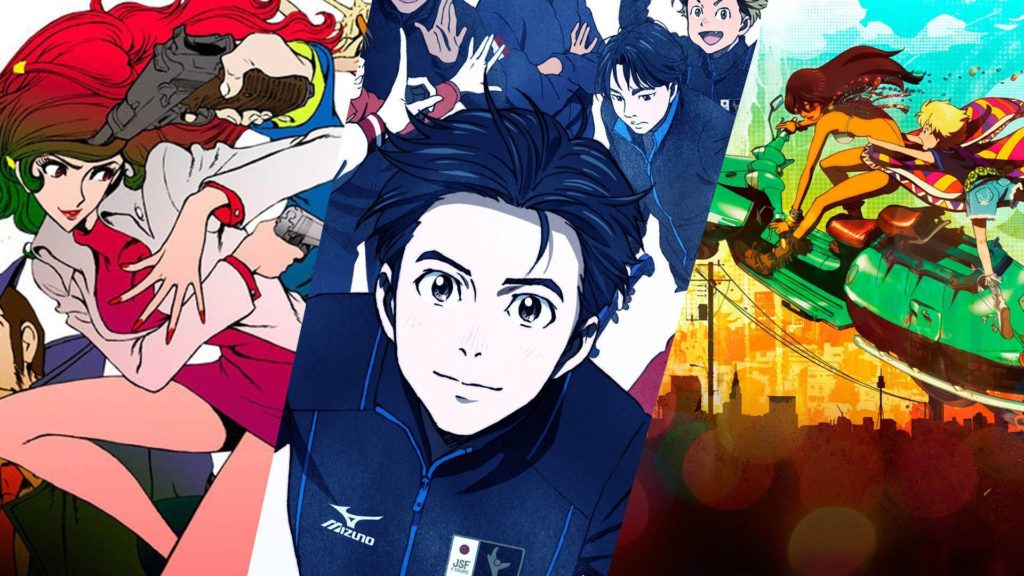 Born on April 13th, 1977, Sayo Yamamoto is an anime director of Japanese descent. She made her anime direction debut at the ripe age of 25 and has gone on to direct legendary anime titles such as; Michiko & Hatchin, Yuri on Ice, and Lupin the Third: The Woman Called Fujiko Mine. It is without a doubt that her main claim to fame is with her work on Yuri!!! on ICE.

She was a student at the College of Art and Design in Tokyo. She has participated in many titles not only as a director but as a storyboard designer as well. Some of the titles that she has contributed her craft to are as follows:

As you can see, she has worked on many prolific titles and her talent is certainly recognized as one of the best in their craft. She has also been awarded for her work by earning the “New Face” award at the Japan Media Arts Festival in 2012.

She has not only worked in the anime industry as a whole but has also dabbled her feet in the TV anime world as well as a storyboard director for the TV series “X” for one episode as well as many other TV syndicated animes. We even had the opportunity to sit down with her to discuss her diverse history and the overwhelming response from Yuri on Ice.

Yamamoto might have some of the most critically acclaimed titles under her belt as part of the driving factors of bringing them to life, but that’s not to say that everything has been a cakewalk for her.

While she was attending the College of Art and Design, she mainly focused on becoming an animator. One of the people that she shared her final project with is none other than Satoshi Kon who in-turn asked her to be part of the project for Millennium Actress. This, however, didn’t last too long because the nature of the studio and internal political struggles caused her to leave the studio shortly after.

After leaving Satoshi Kon’s studio, she joined Studio Madhouse to work on the television syndicated series “X” as a storyboarder. After the work on “X”, she had the opportunity to make her directing debut for three episodes of the series titled, “Trava: Fist Planet” which is an anime OVA which follows characters Trava and Shinkai as they travel to gather more information on an unknown and possibly dangerous world and earn enough money to enter the fighting tournament “Fist Planet”.

After her work on Trava, she was offered to work on the immensely well-received “Samurai Champloo” in which she states that it was the first time that she actually felt that she was able to express herself. Samurai Champloo was also the first time of many that she would be working alongside director Shinichiro Watanabe and writer Dai Sato.

Due to her flexibility in the creative department, she was offered the opportunity to have full creative control of a series while she was working on Samurai Champloo. She took about a year to fully decide what she wanted to do with this newfound opportunity and freedom.

She finally decided on what she wanted to do while she was on a personal trip to Brazil.

The answer to her question was “Michiko & Hatchin” a story about an ex-convict and a young girl in search of her father. Michiko & Hatchin was released to the public in 2008.

After Michiko & Hatchin, she worked on storyboards for many of the anime titles that we listed above. It was at this time she was contacted by one of the producers for Lupin the Third to create a new Lupin III series, but this time again, she would have full creative control.

This creative control leads her to have the series predate the original Lupin series and have the character Fujiko Mine be the lead character that viewers and fans would go on the adventure with.

All Signs Point to Up

If you can’t tell by now, Sayo Yamamoto is a force to be reckoned with in the anime industry.

After wrapping up work on the Lupin project, she went on to work on Space Dandy, Attack on Titan, Persona 5 and most notably, direct the series “Yuri!!! on Ice” which is a legendary anime in its own right.

Really, if you haven’t watched Yuri!!! on Ice yet, stop reading this and go watch it, it’s truly amazing.

After you’re done watching that, you can then watch Yuri!!! On Ice the Movie: Ice Adolescence, her newest work. It’s a discredit to call her anything aside from legendary and time will only tell what she will work on next. However, based on her track record, it’s likely to be nothing short of groundbreaking, and I, for one, open that with welcome arms.